Korean Investment Corporation (KIC) will be eyeing value stocks in the second half of this year, continuing a successful play of pivoting from growth stocks late last year in the face of heightened volatility, according to the head of equities at the South Korean sovereign wealth fund.

Kyungsik Lee, managing director of equities at KIC, told the 14th Institutional investors Week Korea hosted by AsianInvestor that the sovereign wealth fund had been able to generate increased returns over 2020 benchmarks by shedding more volatile growth stocks in favour of blue chips. “Since November 2020, we responded to the change by increasing the proportion of value stocks - i.e., finance (stocks) - while lowering those of TMT (technology, media and telecom) and other growth stocks,” he said.

Lee added that growth stocks, such as electric vehicles, renewable energy, bio healthcare and IT, still looked attractive, but investors should also pick up stocks that could withstand volatile market conditions going forward.

“We need to build a portfolio focusing on growth stocks with reasonable valuations and whose companies achieve a good performance,” he said.

While some of the tech stocks still look attrative including thoses in North America.

On July 2, KIC's new CEO, Seoungho Jin, said in a news release that the firm expects its assets under management to exceed $200 billion in the near future.

The fund will increase investment in future technologies at the center of the fourth industrial revolution, according to Jin. "The firm's newly opened San Francisco office will expand investmentin in start-ups and tech firms in North America," he noted in the release.

Indeed, these returns have been reflected in the broader market where Asia-Pacific’s top-performing markets have been leading global equity markets in the first half of this year, .

For instance, Vietnam’s VN Index was the region's top performer, surging 27.6% in the year ending June 30. Its neareset rival was second-placed Taiex in Taiwan which jumped 20.5%. South Korea’s Kospi rose 14.73% to rank third in Asia. 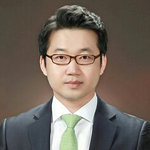 “The IT sector looks positive because demand for high-performance computing semiconductors, such as GPUs, is rising, coupled with the rise in demand for them in the machine learning sector due to the spread of AI and 5G," he said.

"The mid- to long-term growth rate of the (chip) foundry industry is expected to reach 10 to 15%,” Kim said. Other sectors including healthcare and electric cars were also top of his portfolio preference.

As of the end of 2019, KIC allocated about 40% of its total assets under management in equities. Kim said that the firm mostly invested in countries or segments covered by MSCI All Country World Index (ACWI) and that it was neither overweight nor underweight in specific countries.

In terms of investment strategy and geopolitics, one asset manager told AsianInvestor at the same event that it is important to remain agnostic in terms of exposure. According to Hyewon Kim, former managing director at Hyundai Asset Management, competition between China and the US may be disrupting global supply chains, but it makes sense to keep an exposure to both countries. Lee said in the interview that the US-China conflict is a mid-to-long-term phenomenon that was likely to continue for years and warned investors to closely monitor how stocks related to US policies on China might be affected.

In the light of the ongoing US-China tensions, Kim also observed that there were investment opportunities in Europe.

“We cannot deny that Europe looks to be a better investment target - the valuation of their assets seems to be more attractive than those of the US. Also the proportion of sectors that can directly benefit from [Covid] re-opening is comparatively high,” he noted, adding that seeking opportunities in regions was always fraught with more diffculties than seeking opportunities in sectors.