Japan, Asia's largest developed economy, has been slow to catch the Covid recovery wave. The private sector is still struggling as state of emergency curbs put the bite on recovery and June surveys show the contraction -  caused by the rising cost of raw materials - affecting corporate profits.

One standout exception, however, is the Japanese real estate sector which has emerged as one of the most resilient and best-performing real estate investment markets in the world.

According to data from JLL, Tokyo in the first quarter of this year was the world's most actively traded property investment market at the city level after Boston, chalking up $8 billion in transaction volumes. Offshore buyers in 2020 poured 1.5 trillion yen ($13.5 billion) into the Japanese property market in 2020, accounting for about 30% of the market, according to JLL. This is the highest percentage since the record market of 2007.

These overseas investors - attracted by the iquidity, safe haven status and crediworthy tenants that are all a part of the Japanese real estate story - include asset owners such as Singapore’s GIC, France-based AXA and Norges Bank Investment Managers from Norway.

They are expected to spend at least another 1 trillion yen ($9 billion) in the Japanese market during this financial year starting in April,while still accounting for 30% of the total volume.

Despite pressures from inflation and interest rates, ultimately, the market is expected to show estimated transaction volumes of 3 to 4 trillion yen this year. Even the worst Covid-hit segments within the sector, such as office space, are showing signs of recovery.

Strong domestic demand, the work-from-home trend and Japan’s unique multi-family rental residential sector in Asia, had helped maintain relatively stable rental growth in the year to March 2021. This has led to the strong overseas demand last year, according to the DWS Investment research published in May.

Meanwhile, driven by strong online shopping demand during the pandemic, Japan’s logistic sector has also been very popular among overseas investors in the past year. It was the only sector that recorded overall rental growth, with a very low vacancy rate of less than 1% in Greater Tokyo, noted Koichiro Obu, head of real estate research for Asia Pacific with DWS Investments Japan.

“We still think logistics will be the outperformer in terms of return numbers, which will be about 8% in short-to-medium term,” Obu told AsianInvestor. “Residential is slightly lower than that, probably 5% to 6%.”

He said that inflation fears and interest rate concerns were unlikely to diminish the continuing appetite for the Japanese real estate market.

“Usually, real estate is considered as an inflation hedge asset - if there is 3% inflation, then you can usually increase rent by 3% or even more,” he said.

Obu also noted that inflation, as well as Japan’s interest rates, were likely to remain at low levels for the foreseeable future. GIC, Singapore's sovereign wealth fund, for example has had a presence in Japan for 30 years, having invested in Japanese equities and bonds since the 1980s, before later expanding to real estate and private equity, and more recently, infrastructure.

Last week, GIC's Real Estate (RE) Japan team announced recruitment programmes for interns and graduates. The RE team manages a multi-billion dollar portfolio with more than 350 global investments, including Japan, GIC said in a report posted on LinkedIn last week.

AXA IM declined to comment on its real estate investment in Japan.

Most of these institutional investors invest in Japanese real estate through direct investments to acquire properties, or partner with local firms to do so, while some may also invest through funds.

Although varying case by case, the competition is quite intense in the logistics sector, for example, with an average of 10 buyers vying for one deal, said Koji Naito, research director for Japan capital markets with JLL. 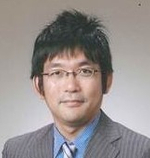 Overseas investors could bid roughly 5% to 10% higher than domestic investors when opportunities present as portfolio deals where there are seven to eight assets in play, Naito told AsianInvestor.

As an example, Nikkei Asia reported on May 31 that Goldman Sachs plans to increase its property investments in Japan to about 250 billion yen ($2.28 billion) a year from the current range of 100 billion to 150 billion yen, with a focus on logistics hubs, data centres and other facilities that enjoy growing demand.

M&G Real Estate is also active in the northern Asia market, which has invested 27% of its $6 billion Asia Pacific Property Fund into Japanese market, Richard van den Berg, manager of the fund with M&G Real Estate Asia, told AsianInvestor. The fund is only available to institutional investors.

Currently, Japan is the second-largest market for M&G Real Estate Asia besides Australia. The two key sectors it is looking at are logistics and multi-family residential sector, van den Berg said.

“We have a target within our core strategy to have an allocation to logistics of around 30%. At the moment we have around 23%. So that means we have a growth possibility of around 7% to 10 %,” he said.

If taking into consideration growth of the fund at up to $600 million a year, that gives it a total of $800 million of capacity in new logistics investment, he added. “That will not be all in Japan. But Japan will be one of the main recipients of our logistic acquisitions.” On the residential side, M&G is looking at growing allocation from the current 10% to around 15%, which means room for around $200-300 million in new residential acquisitions.

Over the past year, its total return on both sectors in Japan had been above 8%, van den Berg said, as demand outstripped supply and vacancy rates were very low.

Looking forward, under an ongoing cap rate compression in the logistics sector, yields are dropping below 4% while total returns are expected to remain attractive at around 7% to 8%, he said.

Cap rate compression occurs when the market increases property values even though there has ben no change to a property's net operating income.

Residential would be different, with stronger income returns of around 4% to 5%. “Even for logistics, in particular in more secondary locations, we would be able to, in certain areas, generate similar kind of attractive income streams,” van den Berg said.

However, total long returns would be lower at around 6% to 7%, as it was unlikely that the current low level of caprates would be sustainable, he noted.

Income stream refers to net income streams of assets to the investor, while total return also adds any capital value increase on top, he noted.

Van den Berg said that he is optimistic about the growth prospects for the Japanese real estate market over the medium to long term, on the back of a low-interest rate environment, recovering consumption and the prospects for travel bubbles, which make Japan one of their preferred markets for long-term core strategies.

"(However) we remain cautious on the near-term outlook. An extended state of emergency in Japan, lower inbound tourism spending and slower than expected vaccination could weigh on economic recovery,” he added.