Institutional investors have stepped up with engaging with companies to reduce carbon emissions and tackle climate risks, but relying on the Paris Agreement guideposts is not enough, said a keynote panel of seven experts on the first day of Better Futures Forum Australia. 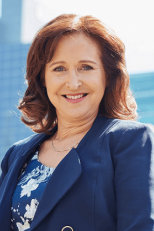 “As an investor, we very much see climate risk as a financial risk and in the portfolio. So it absolutely has to be integrated into every investment decision,” said Debby Blakey, chief executive of A$64 billion Hesta super fund.

She added that integrating environmental, social and governance (ESG) considerations into investment strategies is “part of the fiduciary duty for super fund investors”.

“The costs of inaction for investors are far greater than the cost of responding to climate change and institutional investors have such an important role to play. The question, of course, is how do we do that,” she said.

Hesta engages with its portfolio’s material holdings and asset managers to manage transition risks and tap low carbon opportunities, she said. The fund engages with 160 key companies on climate change annually, she added.

“This is very targeted, focused and time-bound engagement. It's linked to an escalation approach that could see us avoid investment that we feel are not able to influence that long-term effect of change and appropriate climate change risk management,” she said.

“I think most businesses today, if they weren't considering climate impact, then their investors would have something to say about it, because often with these investment decisions, they are making sometimes a decade-long or longer decisions,” he said. The panellists also discussed the Paris Agreement, an international treaty involving nearly 200 countries that have committed to taking steps to limit global warming to two degrees Celsius, and generally agreed that the agreement offered a good starting point but companies, investors and governments could do more to limit the effects of climate change.

“The Paris Agreement, for me is an incredible act of leadership. But it's a call to arms that we have, frankly failed to meet, in my view, in any respectable way,” Taylor Hawkins, managing director for Foundations for Tomorrow said during the panel discussion.

“I remember participating in the climate protests back when the bushfires happened. And we told ourselves and myself and the many other young people that I protested with, we thought this would be the final alarm, the final wake-up call that we all needed to see our government act,” she said.

“Unfortunately, it was not. And now I'm hearing that same rhetoric again, which is this is our wake-up call, we won't go back to normal. And so I view this as an act of leadership that we all need to respond to in our own way,” she added. Abigail Forsyth, co-founder and managing director of reusable cup manufacturer KeepCup, agreed that the Paris Agreement was important to “signpost the future we’re headed to and what that looks like”.

But she, too, expressed frustration over the slow progress in policy implementation.

“When we started out 12 years ago, we discovered that disposable cups weren't recyclable. And so we set out to design a product that could present an old reusable alternative. And I thought that they'd be banned by now I'm pretty gobsmacked that 12 years on, we're still having to push through the same message about reuse and reduce and recycle,” she said.

“And disposable cups are still at the heart of the coffee industry, which is now being threatened by climate change from the coffee growers.” One example of a business-led initiative is the Climate Leaders Coalition in Australia, which came out of a commitment to the Paris Agreement by 20 businesses that later grew into 30 businesses, McKinsey’s Lydon said.

“The forum works like a private confidential space, those CEOs can learn from each other, share what they're doing what's working, but also what's not working, and help each other… That's just a way to pull resources to learn and research together. And we’re hoping this is not an advocacy group.”

“But this is about business taking action in its own backyard to reduce its own emissions for the benefit of all stakeholders,” he added.