The Hong Kong government is planning to make changes to tax rules in order to raise the territory’s appeal as a base for family offices. The plans are designed to make Hong Kong more competitive with financial centre rival Singapore, but market experts believe it could take a lengthy period of time to approve and implement any such changes.

InvestHK, a government agency that aims to strengthen Hong Kong’s status as an international business location, and regulators will offer one-stop support services to family offices to enhance the city's attractiveness as a hub for family offices, and as part of that the government "will review the relevant tax arrangements", financial secretary Paul Chan said during the government’s annual budget presentation on February 24.

Further details on the form such tax incentives could take will result from a multi-department discussion, a spokesman for the Financial Services and the Treasury Bureau (FSTB) told AsianInvestor. 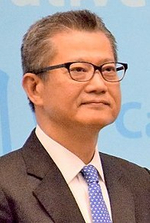 “A task force, led by the FSTB and comprising members from the Inland Revenue Department, Hong Kong Monetary Authority and Securities and Futures Commission, is reviewing the relevant tax arrangements to enhance our attractiveness as a hub for family offices. We will invite the industry's view on our proposal in due course," Chan added, without giving a more specific timeline.

Singapore and Hong Kong are both increasingly keen to attract more Asian family offices, which act as the professional wealth managers of rich families in the region. The wealth of total ultra-high-net-worth (UHNW) families in Hong Kong is estimated at $1.27 trillion as of end-2019, according to the World Ultra Wealth Report 2020 that ranks the top ten UHNW countries. Hong Hong is ranked seventh in the list, while Singapore did not make it into the ranking.

Asia is the home of a lot of this sum, with China pulling away from the US as the home of the most billionaires, according to the Hurun Report. And both Hong Kong and Singapore make for appealing bases for regional family offices. The former has no investment withholding tax, capital gains tax, estate tax, wine tax, or tax on dividends or interest from savings, while its corporate tax rate is 16.5%.

Singapore has a similarly light-touch tax regime, but it also offers family offices additional perks. The city state allows entities that register themselves as single-family offices to waive the tax on specified types of investment activities, unlike in Hong Kong, Eva Law, founder and chairwoman of the Association of Family Offices in Asia, told AsianInvestor.

Another difference between the two financial centres is that Hong Kong’s tax authorities categorise family offices as corporates. As such they are required to pay corporate and profit taxes, with the exact level depending on what activities they engage in.

In contrast, Singapore has adopted a more favourable arrangement, said Law. The city state offers family offices tax exemptions on specified income derived by fund vehicles from designated investments such as equities, bonds and immovable properties situated outside Singapore, according to an August 2020 analysis by International Tax Review.

Other benefits bundled with the tax incentives for funds include remission for goods and services tax (GST), with the GST on local purchases that are linked to investment activities being reimbursable according to a fixed prescribed rate.

By emulating Singapore’s approach to investment vehicles, Hong Kong could add to its appeal as a base of operations for single- and multi-family offices, Law added.

A paper released by the Hong Kong Financial Services and Development Council (FSDC) in July 2020 offered similar suggestions in its appraisal of Hong Kong. It recommended the territory’s Inland Revenue Development can consider expanding the definition of “specified person” under the Unified Funds Exemption and Non-Fund Investor Exemption regimes to include single-family offices that fulfil certain commercial conditions, such as size of asset under management, number of employees, sources of family funds managed, etc. “Through this mechanism, the asset holding entities managed by the SFOs could enjoy the same tax concession as other participants in the asset and wealth management industry,” it said. Asset managers are generally exempt from profit tax in Hong Kong.

However, Stephen Pau, chief investment officer of Hefeng Family Office, is sceptical such changes will happen soon. He told AsianInvestor that while Chan’s comments in the budget speech were encouraging, the government would prioritise a post-Covid economic recovery over tinkering with tax rules to attract family offices.

Yet Law believes Hong Kong can pursue incentives in addition to tax revisions, including taking steps to attract more professionals with relevant skillsets to single- and multi-family offices.

Depending on the activities to be undertaken by the firms, the most common hires are chief financial officers and lawyers, specialists in mergers and acquisitions and private equity, bankers and executives who work in the middle offices of private banks. The government could introduce more favourable immigration policies to attract such skilled professionals, she said.

While the Hong Kong government is unlikely to place family office tax reform at the top of its to-do list, any steps it does take could have broader financial market ramifications.

The FSDC noted in its report that family offices that look to invest more in alternative, sustainable and impact investments can indirectly contribute to the development of these sectors in Hong Kong by being lured to the city.

Moreover, the city offers a broad spectrum of green and alternative investment opportunities that are increasingly popular among family offices, meaning Hong Kong is becoming better placed to accommodate the diversified investment needs of family offices, it noted.

Alternative assets are a sizeable area of interest to family offices. A research paper by UBS in 2020 surveyed 121 of the world’s largest family offices and found that they globally allocate 41% of their assets into alternatives – 16% in private equity, 14% in real estate and 5% in hedge funds, 3% in gold and 3% in arts and antiques.

Sustainable investing is also on the rise. Close to four in 10 (39%) of family offices intend to allocate most of their portfolios sustainably in five years’ time and almost three quarters (73%) already invest at least some of their assets sustainably, the survey found.