Private equity is set to enjoy the most rapid growth in life insurer portfolios over the coming few years as the organisations raise their general exposure to alternative asset classes, predicts Jethro Goodchild, Hong Kong chief investment officer of FWD.

Lifers are also set to raise their interest in environmental, social and governance principles and look more to infrastructure debt, noted other insurance executives.

"The pure play and high-returning attractiveness of private equity is the likely place for the largest allocation or the biggest increase,” said Goodchild, speaking on a panel at AsianInvestor’s Insurance Investment Week on Thursday (March 18).

The CIO is practising what he preaches. FWD Hong Kong has invested about $1.8 billion (12%) of its $15 billion portfolio into alternatives, which typically include real estate, private equity, private debt, infrastructure, commodities and hedge funds. Goodchild added that these investments typically generated annual investment returns “in the mid-teens".

He believes that while venture capital is popular, the relative size and capacity of more established private equity strategies makes them more attractive for insurers. “Given the lower [interest] rates, if one is to look at allocating some risk dollars and capital to equities, private equity certainly should be at the top of that list,” said Seter, speaking on the same panel.

He also noted that private equity, and equities generally, could offer a hedge against long-term inflation, because the value of equities typically rise with prices.

In addition, Seter believes mezzanine funds, which straddle equity and debt risk, offer a potential alternative investment to mezzanine funds as an alternative to high yield bonds, while taxable US municipal bonds could help lifers diversify from their corporate bond exposure.

Asset owners across the world have been gradually discussing a desire to raise their exposure to alternatives.

Insurance companies' portfolios are traditionally skewed towards fixed income, and a prolonged low level of interest rates has become a drag on their investment returns. With higher rated fixed income in particular failing to offer much in the way of returns, executives say insurers are increasingly looking at alternative asset classes that combine potentially high yields with enough capacity to absorb sizeable sums of investment. 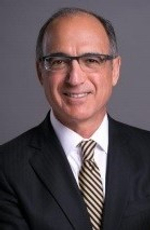 Scott Hartz, CIO of Manulife Financial, argued earlier in the day that commodities such as agriculture and timber offered insurers an ESG-friendly asset class that could see improving performance.

“Timber is one of the few asset classes which if managed in a sustainable fashion is actually net sink of carbon,” he said during the day's opening session. He acknowledged the asset had underperformed in the last decade but said it would gain demand due to the pandemic-led growth in homebuilding, predicting it could offer high-single-digit returns.

Broggi also highlighted the prospects of insurers building more investments into infrastructure debt. He argued that the asset class provides an opportunity for investors to marry yield and sustainability objectives.

“Infrastructure obviously has an immense part to play in [ESG] and that's been part of our conversation in with a lot of Asian institutional investor clients,” he said.

Indeed, Broggi argued that global infrastructure debt could offer a “$1 trillion opportunity every year” – this was the case even in 2020, despite the challenges brought about by Covid-19. A big downside of investing into private assets is their relative illiquidity, which makes them difficult to exit at short notice.

But all panellists agreed that insurers, as long-term investors with illiquid liabilities, were well poised to take advantage of illiquidity premia.

“It really is not a tactical allocation, because it does take some time for private equity managers to put the money to work,” explained Seter.

A greater emphasis on alternative investments also provides an opportunity for insurers to demonstrate value-add to customers, argued Goodchild.

“With the democratisation of investing and retail investors getting earlier access up the value chain, it's going to become even more important that insurers get unique access [to alternatives] for their clients," he added.

The group's CIO explains how changing market conditions are prompting it to look at private equity opportunities more discerningly – and why it's important to keep portfolios flexible.
Alternatives
Natalie Koh

The sovereign wealth fund has been reducing flexibility and increasing risk to the portfolio as the fund keeps a watchful eye on changes to the macro environment.
Asset Owners
Twinkle Zhou

Inflation, fluctuating interest rates, Covid-19 shutdowns, and sporadic reopenings have led to bouts of volatility in the market, with tech stocks bearing the brunt of the selling over the last month.
Partner Content
Nuveen

Nearly 50% of institutional investors and family offices in Asia Pacific intend to increase the number of external managers for their thematic investments in equities over the next 12 months.
Continue to site
Skip