Despite growing interest in private credit markets globally, investment experts still believe there are opportunities to be exploited across the west and Asia Pacific, and have devised their own sustainability frameworks for investing in private markets.

Assets have not yet reached a point of being overpriced, even as institutional investors continue to pour capital into private markets, the experts from the likes of Aware Super and M&G Investments said during a panel discussion at the AsianInvestor Private Assets Investment Week on Tuesday (September 14).

According to a 2020 report by the Alternative Credit Council, Asian small- and medium-sized enterprises (SMEs) face a US$4.1 trillion funding gap as many struggle to access traditional lending in the current environment. The Asian Development Bank also estimated that Asian Infrastructure Investment needs will continue to increase to $26 trillion by 2030.

Investors have jumped at the opportunity, with the amount of dry powder for private credit in Asia surging from $6.1 billion in 2009 to $16.2 billion in 2019.

Despite the amount of liquidity entering private credit markets, the panellists generally agreed that there remained plenty of opportunities within the space, with each eyeing different regions. 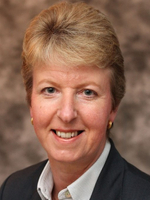 Bev Durston, alternatives advisor to Royal Mail Pension Plan and managing director of independent consultancy Edgehaven acknowledged that the emerging asset class is less attractive than it was in 2020 because of the number of investors rushing into the market, but said that a sweet spot for the asset class exists in Asia, as well as in the US mid- to lower mid-market space.

“Asia is very interesting to us. We do think there's a deficit, we do think there's a funding gap. Not only are interest rates higher than other markets, but public markets are less developed. And the complexity of being a local manager across say 10 or 11 jurisdictions makes it more difficult for there to be dominant firms. There are more opportunities in Asia to do bespoke and sponsored deals, and also for smaller managers,” she said.

Australian superannuation funds Hesta and Aware Super both see opportunities in Asia Pacific too, particularly in the domestic market.

Mike Cowell, portfolio manager for credit income at Aware Super said that the A$150 billion ($110 billion) fund is continuing to allocate capital to private debt. Despite agreeing that there has been a lot of capital coming into the sector over the last 10 to 15 years, he sees opportunity for investment in Australia, New Zealand, and across the Asia Pacific “particularly where tightened banking regulations are playing out at a faster rate, or really playing out in certain sectors, for example, in real estate lending and structured finance lending.”

“We are seeing more opportunities emerge in Asia, as well as locally,” agreed Stephen Howard, general manager of defensive assets for the A$64 billion Hesta. “We just have to be mindful against everybody just getting into private debt, and the trade just becoming too overcrowded and pricing changes. It’s definitely something we've got to keep an eye on. But opportunities still exist there,” said Howard.

Matthew O'Sullivan, head of origination for Asia at M&G investments, which had sponsored the panel, noted that there are some interesting gaps to fill in Asia, compared with the European or US markets. “We're seeing opportunities in other areas like real estate, particularly in development, finance, and specialised assets, and in the innovation space. We're looking at things like clean technology, healthcare, technology, food technology, and the agriculture space. I think one of the issues there is that these are complicated assets to invest in, so what you need to be doing is having an experienced team who has worked across a number of sectors,” said O’Sullivan.

He observed that investors have been focused on the distressed corporate space as private corporate debt remains dominated by the bank lenders particularly in infrastructure. Both domestic and international banks have offered rates and structures that make even doing things around subordinated debt difficult, he said.

As environmental, social and governance (ESG) principles take increasing prominence among institutional investors, the panellists said that despite a lack of standards and frameworks particularly for private markets, there were opportunities for ESG integration in private credit.

“Standards are all over the place, everyone has their own view of them,” Edgehaven’s Durston said. “Even green bonds are not protected by legislation, so you can invest in a green bond and get a lower yield. But guess what, it might not do what it says it does on the can, and you can't sue.”

“Investors always need to be aware of greenwashing and the fact that different people are using different standards and different data… It's a good work in progress and moving in the right direction, but a lot of things around the edges need to be shaved off and sharpened up,” she said.

Howard made the case that the private credit space actually gave Hesta more control around making sure their capital is getting to investments, through loans and arrangements, where there actually are genuine ESG benefits. “Directing loans to different organisations is just a lot clearer and much more transparent in a direct lending space. It's very easy to restrict loans to certain corporations or entities that you don't think really abide by the ESG standards that we’re setting and the impact investment standing," he said.

"There's a lot more flexibility around structuring terms and conditions within loans where you can give some of the borrower's very specific benefits from a cost of funds perspective if they are hitting certain ESG targets and impact targets,” he said.

Within Aware Super’s direct lending program, ESG analysis is a critical part of the evaluation of any opportunity according to Cowell, who said that they have rejected several opportunities on ESG grounds alone.

He believes that transparency and accountability of ESG are improving in the credit sector and borrowers are generally willing to cooperate and provide more information.

“I think this has become even more important with the growth of products like the sustainability-linked loans and green bonds, where borrowers can really see the benefits of, of being transparent in their reporting, and really managing the ESG risks well, certainly in Asia Pacific.”

ESG is a key pillar for all M&G investments funds said O’Sullivan, and the firm has even developed its own proprietary ESG scorecard.

"As a lender you have that ability to work with the borrowers to set up ESG reporting, and even with being able to set up ESG based covenants. We're seeing a higher ability to get transparency through engagement, than we would potentially see even in the public markets,” he said.

Private Assets Investment Week will be held from September 13 to 15, 2021. Click here to register.

Ping An Insurance’s net investment return slipped 0.3% to 3.8% in the first half, while another Chinese insurance giant China Life’s return was up 0.04% to 4.33% in the same period.
Event Highlights
Twinkle Zhou

When it comes to family offices, the generations don't always see eye to eye. For the younger generation, ESG concerns and tech plays are beginning to predominate.
Asset Owners
Richard Newell

Institutions and family offices alike are sharpening their focus on themed investments to prepare for transition to low carbon economy.
Partner Content
Schroders

Asset owners and managers are being drawn to private credit investments in China and India, but also other areas. However, Asia presents unique risk challenges too.
Alternatives
Sara Velezmoro