It notes in a new report the sovereign wealth fund is likely to keep making multilateral alliances with foreign funds and companies, to attract technology and knowhow into China. In addition, it is likely to look for minority investments in European and and Asian countries.

CIC is enjoying strong asset growth. The SWF’s investment return dropped to 12% last year from 17.41% in 2019, but that still led its estimated assets under management (AUM) to grow to more than $1.2 trillion. That puts it nearly neck and neck with the Norway's $1.3 trillion Government Pension Fund Global (GPFG) the world’s largest SWF, according to Global SWF. 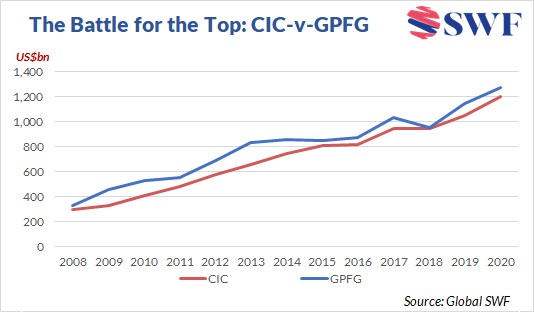 Ye Kangting, a senior analyst at Cerulli Associates, told AsianInvestor that 12% was a reasonable return for 2020, given CIC’s high exposure to overseas markets, which had highly varied performance during the Covid-19-stricken year. This investment return slightly outpaced that of GPFG, which recorded a 10.9% return last year. CIC is expected to retain its long-term investment strategy, whether it surpasses GPFG as the world’s largest sovereign fund or not, Ye told AsianInvestor.

She added that CIC’s large offshore exposure caused it more volatility than it probably liked, and as a result predicted that it would focus more on alternative assets in the coming years.

As of December 2019, Bejing-based Central Huijin Investment – which invests in domestic state-owned bank, insurance, finance and securities sectors – represented 65% of CIC’s portfolio, said Diego Lopez, managing director of Global SWF. The remaining 35% is invested out of China, he added.

CIC's investment priorities appear to be largely being shaped by a combination of the Chinese government's desire to make its economy more technologically self-sufficient, and a recognition of difficulties of international investing.

Global SWF argues in its latest report that the SWF will have a two-pronged investing approach.

"First, CIC will attempt to balance its mandate to diversify foreign exchange reserves with the current thrust of industrial policy, which favors domestic investment," its report noted. "This means the fund will pivot more toward its domestic portfolio and engage in partnerships and consortia deals supported by CIC’s ‘China perspective’ that bring foreign technology to China or cultivate long-term enterprise."

Second, the report noted that CIC "enjoys autonomy over its own reserves", compared to "central level SOEs [state-owned enterprises] that are "heavily invested in BRI [Belt and Road Initiative] countries". 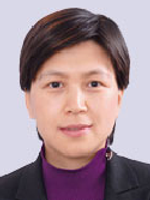 The two goals are a practical response to the rising difficulty of SWFs acquiring assets in foreign countries. Zhao noted in her press conference that "in recent years, some Western countries have escalated suppression and containment of my country, investment review and supervision policies have been continuously tightened, and economic and financial sanctions have been continuously expanded".

CIC has begun responding by increasing efforts to co-invest either in China or other regions with foreign private equity managers. In her press conference, Zhao said that CIC established bilateral funds in Italy, the UK, the US, Japan and France during 2020, which have secured eight investments so far. One was the France-China Cooperation Fund in partnership with BNP Paribas and Eurazeo, with nearly €400 million ($474.44 million) in first-round funding, which targets international companies seeking to set up in China.

Global SWF noted that these multi-lateral funds focus on companies aiming to enter China. That allows CIC to secure "foreign expertise and access with local partners, in exchange for capital and access to the China market".

In other words, the SWF can use the funds to attract foreign funds, expertise and technology into China itself, meeting the nation's desire for greater self-sufficiency. This is also likely to make CIC more interconnected with China's state enterprises, banks and funds as they target the manufacture of high tech items like semiconductors and microchips.

Multi-lateral funds look set to remain important; Zhao mentioned that in 2021 CIC intends to "do a good job in the investment management of bilateral funds, and promote the construction of a cross-border investment ecosystem".

In addition, the SWF is likely to make more minority investments in Europe and North American countries where it can, likely mostly by outsourcing to external managers, something that Global SWF said has traditionally taken up about 59% of its global portfolio since 2009.

Zhao tacitly supported this analysis, noting that the uncertainty of tensions between China and the US was leading CIC to increasingly prioritise investments in Europe and Asia.

In contrast, the SWF's US activity appears likely to remain subdued.

In 2017 CIC formed the China-US Industrial Corporation Fund with investment bank Goldman Sachs, with an intended size of $5 billion. However, it has so far raised only $2.5 billion and conducted just two deals – to help acquire Boyd Corp, a California-based manufacturer of rubber seals and gaskets in September 2018, and a second, unnamed investment last year.

A spokeswoman for the SWF did not immediately respond to emailed questions on its US asset allocation plan.