Hong Kong and China's plan to open southbound trading via the Bond Connect scheme in the summer is set to entice China pension funds and insurers to target ESG and green bonds in the territory.

The plan to expand the trading link to include southbound flows should take place in early July. It would finally make the scheme a two-way flow, similar to the Stock Connect Scheme, offering onshore Chinese investors another avenue to build exposure to overseas fixed income.

While Hong Kong investors have been able to buy mainland bonds since 2017, China’s onshore investors previously could not buy bonds in Hong Kong. The southbound link, however, will have quotas in place and only certain eligible bonds are earmarked for sale, the Hong Kong Economic Journal reported on Monday (April 26).

A Hong Kong Monetary Authority (HKMA) spokeswoman told AsianInvestor “the framework of southbound gate-opening is in progress and will inform the market with updates in due course”. 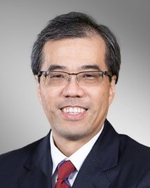 “We see one key benefit of southbound connect which is that it offers onshore Chinese investors an extra option for currency hedging within their portfolios. Institutional investors will likely be the first movers given they’re already holding dollars, versus individuals who face a foreign exchange limitation,” he said.

Sean Chang, head of fixed income at Ping An of China Asset Management (Hong Kong), told AsianInvestor the southbound trade could bring more diversified assets into Chinese investors’ portfolio. He noted that green and ESG bond sectors, in particular, were worth exploring as they were a “relatively new market that could create new opportunities over the long term”. The Hong Kong government is promoting itself as a green finance hub regionally and internationally, planning to issue green bonds totalling HK$66 billion ($8.5 billion) over five years, according to the 2020-2021 Hong Kong Budget.

Hong Kong’s local currency bond market reached $308.8 billion at the end of December, with growth jumping 4.7% in the fourth quarter of 2020 from 0.9% in the third quarter. It was one of the three fastest growing bond markets in the region, quarter on quarter, at the end of 2020, according to Asian Development Bank’s Asia Bond Monitor report published in March.

Lau believes it to be just a matter of time before Chinese investors take advantage of the opening of the southbound avenue.

”When northbound connect became accessible, short-term flows were tepid. Gradually, with index inclusion, more understanding about the benefits in investing in China government bonds, northbound interest increased exponentially. Similarly, we are positive about the future growth of southbound connect,” he said. “Currently, there are limited available channels for Chinese investors to invest offshore (including QDII, QDLP), so another channel to invest into offshore bonds would likely be well-received by onshore investors.”

She said that, of all products, offshore bonds issued by Chinese issuers were among the most compelling for onshore investors, because the investors were familiar with the issuers that already have outstanding bonds onshore.

“When onshore investors become more and more familiar with the offshore fixed income market, it is likely that they will start to look at other Asian bonds,” she added.

Launched in July 2017, the Bond Connect Scheme was designed to help mainland investors and foreign investors to trade in each other’s bond markets. Four years on, and northbound investment has seen gradual inflows and a higher market recognition.

As of February, there were a total of 2,428 investors taking part in the northbound bond connect scheme, with flows showing strong support. . With a relatively higher yield in a low-yield global environment, China’s government bonds are to be included on FTSE Russell’s flagship index, which is expected to bring $150 billion of foreign investor assets to flow into the nation’s government debt.

Add to this the fact that China's financial regulator is pushing for industry reform, and the scheme is expected to bring sizeable northbound inflows, albeit lower than those currently enjoyed by the Stock Connect Scheme.

On April 27, daily turnover through the Stock Connect Scheme recorded a Rmb118 billion (southbound and northbound), according to Hong Kong stock exchange website.