Asset owners are increasingly allocating to Asia Pacific data centres through their infrastructure rather than property investment arms, but sustainability concerns pose a potential roadblock in the future.

For investors new to Asia, data centres provide an accessible route into the market through infrastructure rather than property investments, Mary Power, principal consultant and head of property at Jana Investment Advisors in Melbourne, told AsianInvestor.

“Investors have [data centre targets] across the US and Asia. With these infrastructure assets they are run very similarly globally but that may not be the same for the [other] real estate assets,” she said.

Most data centre deals by Australian super funds now come via infrastructure rather than property arms, she added.

“How long has it been since we’ve seen a real estate data centre transaction. It’s all infrastructure,” she said.

The shift comes as investors have pivoted from a build-and-lease model to a build-and-operate model for their data centre investments as they seek to increase returns. 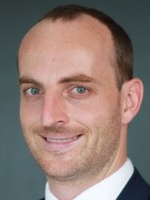 Investors typically partner up with an operating company as they lack the expertise. “Due to the considerable expertise to secure and operate suitable sites, partnering with experienced operators remains the preferred entry route for investors,” Tom Fillmore, director for CBRE’s data centre capital markets in Asia Pacific, in Singapore, told AsianInvestor.

“[Knowing] customer networks, understanding good locations, getting access to power, and fibre networks – all these need the experience of operators,” said Power.

Drawn by superior returns, investors have been increasingly seeking to build data centres.

“The main acquisition opportunities for investors will likely come from some of the biggest data centre owners in the region: telecommunications companies seeking to monetise their assets via sale and leaseback deals,” he said. The shortage of opportunities has kept leading global investors on the sidelines. For example, Omers Infrastructure has not yet announced a digital infrastructure acquisition in Asia, despite it being one of its three key investment themes.

It reportedly bid for the sale of Australian data centre platform AirTrunk by Goldman Sachs last year, but the asset was ultimately sold to a consortium led by Macquarie Asia Infrastructure Fund, reportedly for more than A$3 billion in April 2020.

“On a relative basis, there is a better risk-return in fibre [which] we see as a future essential service. It is a lower risk long-term investment,” Alastair Hall, global head of investment strategy and partnerships at Omers Infrastructure in London told AsianInvestor.

One Asia Pacific market that had a decent balance of supply and demand was New Zealand, Henry Chin, head of research, Asia Pacific at CBRE in Hong Kong told AsianInvestor.

Since then, investor demand has intensified as more investors enter the market for the first time. CBRE’s Asia Pacific Cap Rate survey from October 12 noted a 36% increase in investor enquiries for data centres between the first and third quarters of 2021. Only grade A offices (40%) and logistics (70%) showed larger increases.

“We believe that this trend and strong investor interest is likely to persist for the next 12 to 18 months while supply remains constrained,” said Fillmore. With data centres’ growing electricity requirements, the carbon footprint of supplying the power has become an increasing concern for investors.

“With data centres, the power and water requirements for the assets has created the perception of a non-ESG sector,” Rushabh Desai, CEO of Asia Pacific business for Allianz Real Estate, told AsianInvestor.

Allianz Real Estate owns Asian data centres through an indirect fund investment, Desai said. He added that working with specialists in new sectors like data centres has been key to diversifying its portfolio, but that there were sustainability risks within the sector.

“Bearing in mind our own ESG targets to be carbon net zero by 2050, we will be looking for partners who appreciate the challenge to innovate and go green so that we can work together towards a better product,” he said.

Big shifts such as consolidations among asset managers will likely happen in the burgeoning private debt markets in Asia. How should global asset owners tap into the private credit boom?
Alternatives
Hugo Cox

Investors want to invest in a part of the property sector directly benefiting from rising e-commerce and cloud computing. But finding assets is difficult, and prices are rising.
Fund Managers
Shruti Medha

Already on the rise pre-Covid, investments into data centre assets in Asia have accelerated in the past year, fuelled by interest from investors across the spectrum.
Asset Owners
Richard Morrow

The future of investing: asset tokenisation and universal data centres