Investors face a major challenge to generate investment yield with real interest rates set to remain at historically low levels and the possibility of pandemic-led central bank stimulus driving up inflation and market volatility. That leaves insurance firms with little choice but to continue pushing into alternative investments, despite the risks involved.

That is the view of US insurer AIG’s chief investment officer for general insurance, Guillermo Donadini, which he set out at AsianInvestor’s Insurance Investment Week forum* recently.

Three years ago, Donadini – then AIG’s CIO for international markets – made a bold prediction: that real interest rates in developed countries might well stay negative for 20 years. He stressed that investors should prepare accordingly by looking beyond their traditional investments, and indeed that his own firm was overhauling its asset allocation framework. 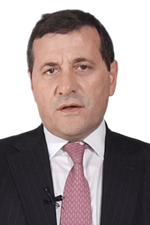 And that was before Covid-19 struck last year, prompting central banks to cut nominal rates further from already very low levels to support economies – and lending more weight to his forecast.

London-based Donadini remains steadfast in his thinking, despite expectations that rising prices and a rapid economic rebound from the pandemic might lead to rate hikes.

In Bank of America’s monthly survey of fund managers in March, for the first time since February 2020, respondents did not point to Covid-19 as the biggest tail risk; instead they highlighted the possibility of a rise in inflation.

While this fear has yet to be borne out, a rise in prices may not be followed by a corresponding increase in rates, at least for the immediate future, believes Donadini. “I expect real rates to be low for longer irrespective of what I expect to see from the inflation scenario going forward," he said last month at the virtual forum.

Citing historical precedent, he pointed to the fact that for half the period between the end of World War II in 1945 and the 1980s, real interest rates were negative in the US as the nation sought to use inflation and minimal repayment rates to dilute the huge amount of debt it held relative to GDP.

Indeed, Donadini said, “after Covid… the level of debt to GDP [globally] is even higher than 10 years ago and at record levels”.

Average global public debt shot up to a record 97% of GDP last year, driven by spending to combat the virus and support economies, the IMF said in its Fiscal Monitor report last week. That was 13 percentage points higher than predicted before the pandemic, although the figure is projected to stabilise at 99% this year.

Governments are looking to reduce their debt-to-GDP levels, Donadini, added, “so from my perspective we will see a lot of measures from the authorities to keep real rates very low for a long time”.

A big question now, Donadini said, is how the market would read “what the central banks want to do in terms of inflation and interest rates and targets in terms of market intervention, because that basically will affect particularly risky assets’ pricing levels substantially”.

Ultimately investors must continue to look for alternative sources of risk premia – credit risk, liquidity risk, complexity risk – to compensate for the lack of real interest rates in the years to come, Donadini said.

Insurers in certain Asian markets are set to struggle particularly to hit profitability targets, given the guaranteed returns they offered on products sold when interest rates were far higher, Fitch Ratings said in a report published on Monday (April 12).**

“We think insurers are likely to take on more investment risk to offset the effect of low rates on returns, with underwriting profit becoming more important across all lines,” the paper said. “Insurers in developed markets, such as Japan, Taiwan and Korea, and emerging markets, such as China and Sri Lanka, have high risky-asset exposures and further increases in risk taking in search of yield could pressure their investment risk profiles."

Indeed, Korean insurers have been rapidly pouring money into illiquid assets to ensure their returns are sufficient, despite new rules seeking to impose caution on what the local financial regulator sees as potentially risky activity. Private credit, such as infrastructure and real estate debt are proving to be particularly popular asset classes in some markets.

In addition, insurers in Hong Kong, such as AIA and Axa's operation in the territory, are making more use of derivatives with a view to maintaining better asset-liability management) and being more capital-efficient under the territory’s incoming risk-based capital regime.

*Donadini stressed that his views were his own and did not necessarily reflect those of AIG.

**The report is called: ‘The Next Phase: Long-Term Implications for APAC Insurers from Lower-for-Longer Rates’.