The appointment is pending approval from the Monetary Authority of Singapore, ADDX said in a statement.

Choo joined ADDX in January 2020 from Swiss lender UBS, where she was head of investment banking for Singapore.

Previously, she was at Morgan Stanley, Nomura, and Citigroup, working on deals including the listing of Suntec REIT and Parkway Life REIT on SGX, the release said.

ADDX has also appointed Darius Liu as chief strategy officer., who was previously chief operating officer, a position which is now filled by Hwang Inmoo, the former head of business strategy and growth. He succeeds Aurora Ignacio, who has moved to the Philippine Deposit Insurance Corp as a board member after heading SSS since 2019.

Regino was president of Agata Mining Ventures Inc before joining the SSS in 2016 as one of its two commissioners. He has also held senior positions at several other mining companies, including Exploration Drilling Corp, St. Augustine Gold, TVI Resources Development Philippines, and KingKing Mining Corp.

SSS, which manages the retirement savings of private-sector employees and the self-employed, had 639.99 billion pesos ($12.26 billion) of assets under management as of end-2020. Lo who has been with UBS for four years had prior to that spent nine years at Coutts and two years at Standard Chartered Private Bank in a private banking career spanning nearly two decades.

Prior to joining UBS, Lau had spent eight years at HSBC, during which she moved from roles in institutional sales to family governance and family office advisory.

The appointments are part of UBS’s build-out of its family office platform in Asia. The bank said ultra-high-net-worth families are seeking to professionalise the management of their wealth and to begin engaging the next generation. Principal Financial Group has promoted Uday Jayaram to be its head of Southeast Asia along with two other senior appointments, a company statement said.

The changes also involved Paduka Syed Mashafuddin Syed Badarudin, who is promoted to CEO of the Principal Islamic franchise, and Munirah Khairuddin to Country Head of Principal Malaysia.

"I am excited to elevate three strong and experienced leaders in our ASEAN businesses and advance Principal's mission of helping people to achieve financial security," said Thomas Cheong, president of Principal Asia.

Meanwhile, the company also announced the retirement of Juan Eyzaguirre, its chief executive of ASEAN. He will leave his position after 12 years with the company serving in several global leadership roles. He will continue to serve on the Principal Asset Management (Malaysia) Board and remain as an advisor to the joint venture until June 30, 2022. No successor has been named yet. 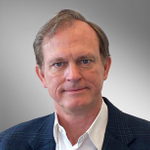 PineBridge Investments has recruited Kirk Sweeney as its new chief executive for Asia replacing Anthony Fasso, who left the firm in December 2021.

He also had a prior stint as head of senior relationship management, Asia, at Barclays after starting out in fixed income sales at Lehman Brothers and Nomura.

Sweeney, who will report to New York-based chief executive Greg Ehret, will be tasked with overseeing the fund house’s business in the region. He will sit on its management committee.

“Having spent the majority of my career in Asia, I have closely followed the growth of PineBridge’s APAC business, and I couldn’t be more excited to start my journey at a firm with such a strong reputation across the region,” he said.

Meanwhile, it was reported that Fasso had left PineBridge late last year to return to Australia, in part for family reasons, and is considering regional advisory and board roles at present. J.P. Morgan Asset Managements (JPMAM) has appointed Roland Rott to the newly created role of head of sustainable investing research according to an official statement on March 16.

Rott will be based in London and will oversee a team of climate scientists, specialising in developing ESG and thematic research, data and analytical solutions for JPMAM’s portfolio managers, research analysts and clients globally. He will report to Jennifer Wu, global head of sustainable investing at JPMAM.

Rott joins from La Française Group where he was head of ESG & sustainable investment research, leading a buy-side ESG research team to cover a range of actively managed equity and credit portfolios. Prior to that, Rott was an investment partner at GO Investment Partners LLP for ten years and a corporate governance analyst at DWS Investment GmbH for several years before that.

Kuan spent 18 years with Prudential where he held senior leadership roles. Most recently he was their CEO for New Markets in Asia and was responsible for Indochina, South Asia and South America, assessing new market opportunities, managing market entry options and ensuring the successful launch of operations.

He also previously served as Chairman for PT Avrist Assurance, a leading Indonesian composite insurance company and was a senior advisor for Deloitte Consulting-Insurance in Southeast Asia.