As chief risk officer, Wong is responsible for managing and overseeing the overall risk management function across the group’s Hong Kong headquarters and overseas offices. He will also provide leadership in enterprise risk management of the group. Based in Hong Kong, he will report to group president, June Wong.

David Wong has over 20 years of experience in the asset management and banking industry. He was most recently managing director and regional head of internal audit for Asia Pacific at BlackRock in Hong Kong until July 2019. Starting the new role on March 1, Moffat will report to Kashyap, and oversee a team of more than 2,000 professionals across 15 markets and commercial real estate sectors including office, retail, industrial and logistics, supply chain, data centers, workplace strategy and consulting.

He will be relocating from Shanghai to Singapore.

Joining CBRE in 2014, Moffat was most recently CBRE’s regional managing director, eastern China and head of advisory and transaction services, Greater China. The firm will announce his successor soon, it told AsianInvestor.

BNY Mellon Investment Management (BNY Mellon IM) has appointed Clarence Chan as head of client solutions for APAC ex-Japan with effect from March, the company said in a press statement on Thursday.

Based in Singapore in this newly created role, Chan will be responsible for building out the firm’s outsourced chief investment officer (OCIO) business in the APAC region by initiating business plans in collaboration with senior management to develop innovative customer solutions.

“Clarence’s expertise and deep understanding of investment products and channels will be invaluable in helping clients across the APAC region,” said Doni Shamsuddin, head of APAC ex-Japan, to whom Chan will be reporting. Ramakrishnan is a 34-year veteran at the LIC Group, having worked in various roles including regional manager of its pension group and general manager of a housing finance associate company.

“Ramakrishnan comes on board at an exciting phase of the journey of consolidating our position in the market. Our objective is to deepen our presence across Tier II, III cities to gain retail penetration,” said LICMF executive director Nityanand Prabhu.

According to industry reports, the announcement was made in a recent company statement but there was no mention of Pangtey’s new role or if he had left the company.

The company did not respond to a request by AsianInvestor for more detaiils. Qiming Venture Partners, a venture capital firm in China, announced on Wednesday (March 2) that David Chu has joined the firm as a partner, focusing on fundraising and investor relations for Qiming’s US Dollar funds.

Qiming Venture Partners manages 10 US dollar funds and six renminbi funds with $6.2 billion of assets under management, focusing on the technology, media, and telecom (TMT) and healthcare sectors. It declined to provide more details of the appointment.

Based in Los Angeles, Chu has over 20 years of experience in the venture capital industry as a limited partner, financial advisor to entrepreneurs, and venture capitalist. Prior to joining Qiming, Chu was with the private equity team at the Los Angeles County Employees Retirement Association (LACERA) since 2014. Most recently, he was a senior investment officer at the PE team for PE and VC investment until January this year. She is based in Hong Kong. BPEA declined to comment on the appointment.

Prior to joining BPEA, Wong had been vice president at New World Development’s venture capital investment firm C Ventures since 2017, focusing on global VC investments in technology, lifestyle and media. She left the firm on Monday (Feb 28). C Ventures declined to comment on Wong's departure. 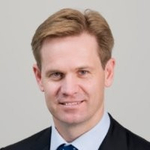 Pendal has named Brenton Saunders as the new portfolio manager of its $512 million Australian midcap fund.

Saunders currently co-manages the fund with Andrew Waddington but will take on total managerial control as of April 1 when Waddington retires.

Waddington will depart Pendal after 35 years in the industry, which include 24 years with Pendal, BT, and Rothschild. Australian Unity has hired Parag Shinde as its national manager for ESG where he will focus on the wellbeing company’s property portfolio.

Based in Sydney, Shinde will be responsible for implementing ESG principles across Australian Unity's portfolio of listed and unlisted commercial properties.

He has spent the last six years at Property NSW where he was senior manager of energy, and sustainability.

Prior to that, he was sustainability manager at Bouygues Construction — a joint venture with Lendlease that was part of the construction of the $3 billion NorthConnex tunnel linking the M2 to the M1 in Sydney. Shinde was also previously a sustainability engineer with Mirvac.

Edzes assumes his new role this month and will be based in Sydney. He will take responsibility for capital sourcing and investor relations globally and executing real estate acquisition opportunities across Australia and Asia, according to an official release.

Prior to joining Scape, Edzes was the Asia-Pacific director at Bouwinvest Real Estate Investors in Sydney after establishing an APAC office there for the Amsterdam-based real estate fund manager, which looks after $15.7 billion worth of real estate assets worldwide.

Bouwinvest was one of the early investors in Scape, partnering with Dutch pension fund APG in 2016 to commit $109 million to the developer’s first joint venture in Australia.