The position is newly created through the merger of the chief executive roles for the life and investments business, plus the general insurance business. Delaney had been responsible for the former role since December 2019, while Tim Plant had the latter.

The group said in a statement that Plant has resigned and will leave the business to pursue an opportunity outside the group. A spokesperson declined to comment on when his last day will be.

Delaney joined Zurich in 2019 from TAL Australia, where he was previously chief operating officer. He has also held senior positions at Omega Global Investors and Macquarie Group. In this newly created role, based in Singapore, he reports to Doni Shamsuddin, head of Asia Pacific ex-Japan. A spokesperson said the role was formed in line with growing business prospects in the region.

Liu was most recently sales director at Hong Kong-listed Guotai Junan International based in Singapore, which he joined in April 2019. Prior to that he was head of wholesale at Lombard Odier Investment Managers for Asia ex-Japan.

A spokesperson for Guotai confirmed Liu had left the company but declined to comment on whether a replacement for the sales director role had been found. This is a new role, a spokesperson for Franklin Templeton said, which was created to add resources to the firm’s leadership team in Asia.

Based in Singapore, Ahmad will report to Vivek Kudva, head of Asia Pacific distribution.

Ahmad was most recently director and chief executive officer for Asia at Brandywine Global Investment Management, a specialist investment manager of Franklin Templeton. He had held this role since 2017.

Rotterdam-headquartered asset manager Robeco announced plans to build out its Asian ESG team with the appointment of three sustainability specialists in Singapore.

These hires will be made "in the coming years", according to a spokesperson, who added the firm hopes to make the first appointment by the end of the year. Robeco will focus on sourcing external talent but is also exploring transferring capable personnel from other international offices, the spokesperson said.

The new roles will report locally to Nayan Patel, chief executive officer of Robeco Singapore, as well as to their respective line managers based in either Rotterdam or Zurich, the spokesperson said.

The planned seven appointments would bring the Singapore headcount to 16 people. Lee joined the firm in 1999, and under the expanded responsibilities he will oversee the building of data science team within Asia Pacific to support JP Morgan AM as it seeks to make innovations in machine learning, artificial intelligence and natural language processing.

The firm also intends to add two more new hires in Hong Kong on the data science team, according to a spokeswoman.

Based in Shanghai, Tao assumed the newly-created role on July 15. He will have oversight for the Hotels & Hospitality Group’s advisory, asset management and investment sales activities across Greater China.

Tao was hired from Huatian International Hotel Management, where he served as its general manager. Before moving back to China at the end of 2012, he worked for nearly six years at the hotel asset management division of Morgan Stanley Capital in Japan, and also worked for over 16 years in the areas of hotel operation and asset management in North America. Chan was most recently a managing director at Credit Suisse, in charge of regional and global operations.

A spokesperson for Lombard Odier declined to disclose Chan and Lim’s start dates, adding that these are newly created roles in line with Lombard Odier’s growth strategy and commitment to Asia.

Credit Suisse did not respond to requests for comment.

Former chief executive of the Hong Kong Exchanges and Clearing (HKEX) Charles Li has been elected as a non-executive director of US-listed electronic fixed income trading platform MarketAxess, effective from July 13, the firm announced on July 19. 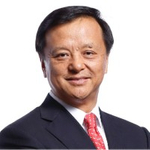 This is Li’s first publicly announced corporate role after farewell to his 11-year term with HKEX in December last year. He will still be based in Hong Kong, the firm told AsianInvestor.

MarketAxess will utilise Li’s knowledge of market structure in Asia to help expand its investment in the region, it said in a press release. Trading activity from Asia-based participants on MarketAxess totaled $23.9 billion in volume in the second quarter this year, up 37% year-over-year, highlighting the continued digitisation of the Asian bond markets, the firm said.

Li was HKEX’s chief executive from 2010 to 2020. During his tenure, he orchestrated HKEX’s expansion into fixed income, currency and commodities through the acquisition of the London Metal Exchange in 2012 and the launch of OTC Clear in 2013. He also enhanced mutual market access with mainland China through the Shanghai and Shenzhen Stock Connect initiatives and the Bond Connect programme.

Prior to HKEX, Li served as chairman of JP Morgan China and president of Merrill Lynch China. Based in Canberra, Choi will focus on natural gas, hydrogen, solar and other clean energy investment opportunities in Asia. He will also provide advice and strategic guidance to Prostar’s investment teams and the management teams of its portfolio companies, including Kyungnam Energy, the largest independent city gas business in Korea.

Choi has started the newly-created role on July 1. He reports to Steve Bickerton and Dave Noakes, senior managing directors at Prostar Capital, the firm told AsianInvestor.

Choi has 27 years of experience in public service. He most recently served as Australia’s Ambassador to Korea from 2016 to January 2021, where he improved customer trade and facilitated investments, with a focus on infrastructure and financial services businesses.

Prior to that, he also served as the Australian Ambassador to Denmark.

Article updated to clarify the headcount of Robeco's Singapore office after new appointments.