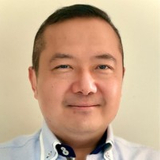 BOC Group Life Assurance Company has named Terry Yung as chief investment officer. He will suceed Alvin Ying, who left the firm in December after 10 years, according to Ying’s LinkedIn profile.

Yung joins from Hang Seng Insurance, where he was CIO for over eight years since 2014.

Based in Hong Kong, Yung will head the investment team of BOC Life to manage its $17 billion portfolio. Former CIO Ying joined BOC Life in 2012 as head of fixed income. He was promoted to CIO in October 2020.

Earlier in October 2022, BOC Life lost Carol Mo, head of investment management, who reported to Ying and focused on asset and liability management as well as ESG.

She re-joined FTLife Insurance as deputy CIO in October 2022.

These appointments are part of a transition ahead of the retirement of industry veteran Arthur Lau, co-head of emerging markets and head of Asia ex-Japan fixed income, in June 2023.

Slim and Suen have been with PineBridge’s Asia ex-Japan fixed income team for approximately 10 years working alongside Lau as senior portfolio managers.

They will report to Steven Oh, global head of credit and fixed income, based in Los Angeles in their new roles. Slim will manage strategies investing in Asian credit, rates, and foreign exchange markets, while Suen will manage portfolios for Asia credit strategies, and lead a team of research analysts focused on the region's issuers and trends. Pinebridge is a global asset manager with about $13.8 billion in assets across Asia ex-Japan fixed income strategies.

Kim Yang-jin has joined Korea's KY Asset Management as head of alternative investment. He is based in Seoul.

Kim joins from Hyundai Asset Management where he was head of the REITs department. He left the firm on December 31, 2022, a spokesperson told AsianInvestor.

Yoon Gi-jin has taken over as the new head of the REITs department at Hyundai Asset Management, the spokesperson added.

KY Asset Management did not respond to AsianInvestor queries on whom Kim reports to and whether the role was previously handled by anyone else. 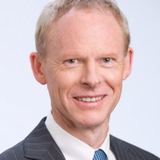 Belmans joins from Belgian insurance company Curalia OVV, where he was general manager and executive board member responsible for overall strategic planning, delivery, and operational management.

In the new role, Belmans will relocate to Taipei from Brussels, the firm told AsianInvestor.

Belmans is also a non-executive director of Nomura Asset Management Taiwan since September 2020.

Belmans has previous ties with Taiwan: He was chief executive of Nomura SITE's predecessor ING SITE in Taiwan from April 2003 to September 2005. He initiated and led the merger of ING SITE and the former ABN AMRO SITE in 2006-2007.

Belmans has over 30 years of experience in the financial industry in Belgium and across Asia.

The position of deputy chief executive will remain vacant and the functions will be overseen by the two MDs, a spokesperson for the SC told AsianInvestor. Hashim and Adham will assist the chairman in setting the overall strategic direction for the Malaysian capital market and in overseeing the SC’s dual mandate of capital market regulation and development.

They will continue to oversee these portfolios as MDs.

He succeeds Mahmud Fauzi, who retired on December 31.

While no official announcement of Mohamad Damshal’s departure from TH was made, the pilgrimage fund board’s website lists Meor Khairi Meor Mohd Bazid, the head of domestic equities, as acting CIO. US alternative asset manager Cohen and Steers has promoted Anton Chan to head its Hong Kong office, succeeding Steve Kenneally, who has retired, the firm confirmed to AsianInvestor.

Chan joined Cohen and Steers in 2010. He was most recently the head of institutional business for Asia ex-Japan.

As head of the Hong Kong office, Chan will focus on driving business growth in the Greater China region.

He reports to Marc Haynes, head of international institutional distribution.

Chan has 25 years of experience in the financial industry. He has worked previously at Bank of New York Mellon, State Street Bank and Trust Company and HSBC Asset Management in Hong Kong. Tran will report to co-chairs of the global private equity team: Marcia Ellis, based in Hong Kong, and Patrick Huard, based in San Francisco, the spokesperson added.

Tran has experience advising global and Asia-based private equity funds and their portfolio companies, as well as multinational corporations operating in the Asia-Pacific region, on cross-border private equity and M&A transactions.

Tran was previously partner at global law firm Mayer Brown in Hong Kong which he left in December 2022, according to his LinkedIn profile.

Mayer Brown did not respond to AsianInvestor enquiries about who will take over Tran's responsibilities. 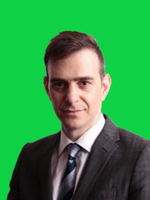 Tokyo-based Shai Greenberg has moved to Jones Lang LaSalle (JLL) Japan and taken up the role as senior director. He will cover the firm’s strategic clients and international institutions investing in, or looking to invest in Japan.

He is also co-head of Japan capital markets, international.

JLL did not respond to AsianInvestor's inquiries about who Greenberg reports to and whether he is joining in a newly created role or replacing someone else.

Greenberg joins from Genkai Capital Management where his latest role was senior vice president and member of the executive committee, according to his LinkedIn profile.

His profile shows he left the firm in December 2022.

Genkai did not respond to AsianInvestor's inquiries about who will take over Greenberg's responsibilities.