The Brunei Investment Agency named Noorsurainah Tengah as head of real estate, the firm announced on January 26. This is in addition to her current role as head of alternative assets.

She takes over from Azmi Rahman Ibrahim who has recently left the firm.

Since 2019, Su has served as the executive manager and head of alternative assets, for the sovereign wealth fund, which was founded in 1983.

She has been with the Brunei Investment Agency for over 15 years and her prior positions have included the head of absolute return, portfolio manager private equity, assistant portfolio manager external fund management.

The mission board provides external objectivity to the fund’s strategic direction and sets standards for the firm's commitment to drive positive impact. The board is meant to challenge and support the firm's investment advisory team in the fund’s investment processes.

Ho was the former CEO of Temasek and left her role last October, after nearly two decades with the firm. Legal veteran Dilhan Pillay Sandrasegara, chief executive of Temasek International, the group's commercial arm, replaced her.

Naina is the former country head of HSBC India. She served as non-executive director of Nestlé’s board for 12 years until 2018.

Svein Tore is the president and CEO of Yara International, the world’s leading fertiliser company and a provider of environmental solutions.

Kanters has been with the Dutch pension fund, which has over $708 billion in assets under management, since 2005. He also currently serves as the chair for non-profit INREV.

Kanters will continue to manage APG’s global private real estate investment activities from his new base in Hong Kong and will also support the asset owner’s exploration into opening a Southeast Asia office in Singapore.

The news of Kanter’s relocation comes as the firm broadens its investments in sectors including data centres, rental residential and logistics. Both Kee and Lee are based in Hong Kong. Kee succeeds Rockson Leung, who has been recently appointed head of strategic cost and finance management, Asia. Lee succeeds Kee as chief product officer for Hong Kong and Macau. They have started on January 13, the life insurer told AsianInvestor.

Kee joined Manulife in 2013 as the pricing officer for individual financial products in Hong Kong. As the new chief financial officer, he oversees the financial functions of Manulife’s operations in Hong Kong and Macau, including financial reporting, planning and control, capital management and planning, asset-liability management, treasury, and other finance-related matters. He reports to Kenneth Rappold, chief financial officer, Manulife Asia, and Damien Green, chief executive officer of Hong Kong and Macau. Lee, as the new chief product officer, is responsible for leading product development, pricing, and distribution compensation functions for both Hong Kong and Macau. He reports to Damien Green, chief executive officer of Hong Kong and Macau, and becomes a new member of the senior management team.

Swan will be joined on the Cbus board by Michelle Beveridge and Jason O’Mara, who are replacing Anthony McDonald and Dave Noonan respectively.

Beveridge will take over as Chair of the Cbus Audit and Finance Committee. She previously held executive roles including chief information officer and chief operating officer at Intrepid Travel, Open Universities Australia, and IDP Education Ltd. She was most recently an independent director of REI Superannuation Fund from 2017 to 2021 including the last two years as deputy board chair.

O’Mara has been CFMEU ACT secretary since 2018 and was the assistant secretary of the ACT branch for eight years. He is also the current chair of the ACT Work Health and Safety Council. Yasser El-Ansary has stepped down as chief executive of the Australian Investment Council (AIC), after eight years in the role, to take on a new role in the financial services industry. His new role has not yet been revealed.

El-Ansary will stay on for the new few months to assist with the transition as AIC begins the search for a new chief executive.

"I'm really proud of what we have been able to achieve in the eight years that I have been fortunate to lead the Council," said El-Ansary in an official statement.

"Now is the right time for me to step aside and enable a new leader to help write the script for how Australia's private capital investment industry can make an even bigger contribution to the economy and our community in the years ahead."

AXA IM Alts, an alternative investment manager, has appointed Sandra Lee to the newly created role of head of client group alts Asia, reflecting the business’ growth ambitions in the region and highlighting its commitment to expanding and servicing its Asian client base, the firm said on Tuesday (January 25). Joining AXA IM Alts in December 2021, Lee will be based in Hong Kong and will be responsible for raising new capital in the region. She will report to Florence Dard, global head of client group alts, and will work closely with the rest of client group alts to build and maintain long-term client relationships across key global markets. Reporting to Sam Harvey-Jones, chief operating officer, Asia Pacific, Lau will be responsible for leading the growth of Colliers’ business in Hong Kong. He replaced Nigel Smith, who will return as senior consultant at Colliers Hong Kong after taking a leave of absence for personal reasons, the firm told AsianInvestor.

Taraporevala took over from Ron O’Hanley, now the chief executive of State Street Corp., as CEO of SSGA in late 2017. Taraporevala  is expected to stay in the role until the firm finds a replacement. The firm confirmed that the search for this role has already begun.

Chow is based in the Singapore office, where additional new hires in the fixed income and sustainability domains will expand the local team to eight investment professionals, comprising a lead portfolio manager, two credit analysts, a sovereign analyst, three sustainable investing specialists and a client portfolio manager.

With these new hires, Robeco is firmly establishing Singapore as the hub for its Asian fixed income investing with a strong focus on sustainability.

In addition to her role as head of fixed income Asia, Chow is also portfolio manager in the credit team with a focus on Asian credits. She will report to the credit team in Rotterdam. 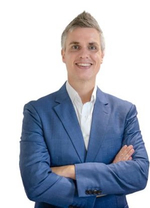 Muenkel will take over the role from Mikkel Larsen, who in last November transitioned into his role as chief executive at Climate Impact X - a joint venture between DBS, the Singapore Exchange, Standard Chartered and Temasek.

Based in Singapore, he reports to Chng Sok Hui, chief financial officer at DBS. He will lead DBS’ sustainability and sustainable finance efforts to catalyse and enable greater ESG impact across the region, a spokesperson told AsianInvestor.

Prior to joining DBS, Muenkel worked in Dutch bank ING as the head of Asia-Pacific, sustainable finance and global capital markets. ING declined to comment on his replacement. In this role, Singapore-based Victor will further strengthen the bank’s Greater China client coverage and provide bespoke advisory to fulfil the sophisticated needs of the Greater China ultra-high-net-worth segment.

From January 2021 to January 2022, the bank has made 12 senior hires at managing director level in the region, ranging across various business units including client relationship management, client advisory and wealth planning. FLOW Digital Infrastructure announced the appointment of Amandine Wang as its CEO, effective January 1, according to company announcement on January 21. She is based in Singapore.

The company focuses on investing in and operating key physical assets of the digital infrastructure ecosystem across the region, including cloud, hyperscale and enterprise data centres as well as network and fibre assets, leveraging the capital and resources of Hong Kong-based PAG Real Estate.