Taiwan insurers are set to add to their offshore investments following a potential change in rules to lift their overseas investment cap by allowing them to sell more foreign-currency denominated policies. An increase in such policies would allow them to hedge foreign exchange risks, obtain higher yields and enhance their asset-liability management, experts said. Taiwan insurers are only allowed to invest 65.25% of their investable assets overseas, but this limit does not take into account a quota on assets from foreign currency policies. On March 9, the Financial Supervisory Commission (FSC) proposed to increase this quota from 35% of the capital reserve for non-investment linked policies to 40%, which would effectively mean that insurers can invest more overseas.

The premium income from foreign-currency policies accounted for about 60% of the insurers' total sales last year, and they are expected to gain an additional quota of NT$ 690 billion ($24.38 billion) to invest overseas after the proposed rules come into effect, Shih Chiung-hwa, director-general of the insurance bureau at FSC, told local media in mid-February. The regulator did not provide a timeline for introducing the rules.

Insurers welcomed the proposed change as it gives them more flexibility when they invest overseas. The asset owners are keen to invest money received from insurance policies denominated in foreign currencies into corresponding overseas markets to minimise foreign exchange risk, the investment experts said. Medium and small-sized insurers that have nearly reached the upper limit of their offshore allocations will be eager to sell more foreign-currency insurance policies, Kelvin Kwok, an analyst for the Asia financial institutions group at Moody's, told AsianInvestor. Insurers are not allowed to invest more than 65.25% of their investable assets overseas.

Their ability to do so will depend largely on the appetite of policyholders, who will likely be less keen to buy such policies when the Taiwan dollar turns weak, he said.

The experts said Taiwanese insurers are already selling more foreign-currency policies, supported by the upcoming changes in the solvency and accounting regimes. This latest FSC proposal would allow insurers to increase their foreign-currency offerings even more to better align with their offshore investments since it helps to remove the need for them to hedge back to the Taiwan dollar, according to Jaijit Kumar, Asia head of insurance solutions at Invesco. However, this will apply primarily to new businesses as any existing overseas investments that are backed by Taiwan dollar-denominated policies should remain in place, he added.

Denis Resovac, head of insurance strategy for Asia Pacific at Robeco, observed that even before any lifting of the offshore investment cap, Taiwanese insurers had been increasing their share of foreign-currency policies shifted away from traditional annuity and interest variable life policies throughout 2020.

“This trend is expected to continue for two reasons,” he said. The first is the adoption of the International Financial Reporting Standard 17 (IFRS 17) and with it the treatment of liabilities at fair value. The second is the implementation of a New Generation Insurance Solvency Regime, which is aligned more closely to the International Capital Standards 2.0. Both of which will be implemented in 2026, Resovac said.

Given a rise in expected fund inflows from selling additional foreign-currency policies if the rule change becomes a reality, experts believe that Taiwan insurers will favour US dollar bonds among all other asset classes.

Foreign-currency policies are mainly denominated in US dollars, so Taiwanese insurance companies’ investment focus is expected to remain on US assets. Moreover, with the importance of asset-liability management, the lifers will continue to favour long-dated and high-yielding assets, Resovac said. 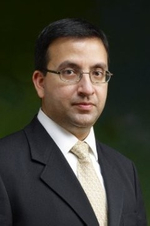 US dollar credit continues to represent the vast majority of long-end bonds with a yield pick-up versus other developed credit markets and should remain the asset class of choice for Taiwanese insurers, he said.

The exact overseas investments that Taiwan insurers look for will depend largely on the exact types of products they intend to sell. Depending on the types of product offerings, there may be a preference for certain currencies or certain maturities over others, Kumar said.

That said, one could expect the trend of focusing on offshore fixed-income investments among Taiwan insurers to continue, he added.

For more insight into how insurance companies in Asia and elsewhere are allocating, please attend AsianInvestor's online Insurance Investment Week conference, taking place from March 15 to 19.