The British pound reached a record low on Monday, September 26, when traders started fleeing due to concerns about the new government's economic plan, which was feared to stretch Britain's finances to the limit.

This followed a 3.6% drop against the US dollar on Friday, September 23, when the new UK finance minister Kwasi Kwarteng unveiled historic tax cuts funded by the biggest increase in borrowing since 1972. The British pound is currently historically low against the US dollar, and similar trends have been seen against currencies in Asia Pacific (Apac) in Hong Kong, Singapore, and Australia. Even the Chinese Renminbi as well as the generally struggling Japanese yen has been strengthening against the British pound.

With the fear of a currency crisis looming, traders’ activities have been influenced by the probability of an interest rate hike by the Bank of England. Besides these recent developments and the shift in government, the UK is also mourning the death of Queen Elizabeth.

Against this backdrop, AsianInvestor asked asset managers how Asian investors with allocation plans to the UK should react to the weakening British pound, especially against the US dollar, and what new opportunities the weakening pound could provide in the UK for Asian investors. This is what happens when the British pound gets caught in a triage of a new government, envisioning tax cuts combined with large-scale borrowing, in an inflationary environment and a surging USD. Good intentions gone wrong? Divergent policies have pushed the Bank of England towards aggressive forward guidance on interest rates, albeit with the next meeting only scheduled for November — while UK gilts are caught in the crossfire. One consequence is greater volatility across both fixed income and GBP — vols in the latter are at levels last seen during the Brexit uncertainty. The prospect of the BoE using rates to stem inflation pressures poses clear risks to gilts, but also equities, given their adverse impact on growth potential.

Are UK assets pricing in the lower British pound? There will be pockets of opportunities from a relative asset class perspective: UK equities offer one of the better yield profiles across global equity markets, but slowdown fears will weigh on returns. UK Real Estate (compared to European counterparts) will also likely attract Asian investors as the pound continues to tread lower. Chancellor Kwarteng has outlined plans to announce a debt reduction strategy by end-November — ostensibly offering the GBP some relief — but the time-lag until both the BoE scheduled meeting and this debt strategy announcement takes place risks continued volatility in the interim. All eyes will turn to the Bank of England, which next meets on November 3. Although the government has made clear that many of its initiatives aim to boost the supply of the economy, in the near-term at least they will merely add to demand at a time when the UK appears to be running at full capacity and inflation is already uncomfortably elevated and persistent. The decline in sterling will also feed imported and domestic inflation. However, the problem for the Bank is that failure to act with sufficient force risks undermining its commitment to inflation, a further decline in the currency, further imported inflationary pressures and a need to act with even greater hikes further down the line.

For Asian investors, patience is key, given the current market volatility and the need for the government to clarify its policy and reinforce credibility. Higher interest rates, from both the BOE to cool inflation and the rise in government bond (Gilt) yields, could put further pressure on the UK housing market and the broader economy. Having said that, the FTSE 100 has been relatively resilient, and roughly 80% of the earnings were generated overseas, so they should be less impacted by the domestic challenges. 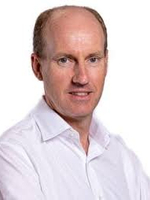 The British Pound was weakening along with the broad trend of US dollar strength until weakness became more focused and acute after the government’s misjudged mini budget last week. The failure to present a detailed plan for debt sustainability has been heavily punished by the market, both in FX and government bonds. The FX adjustment is a necessary one and reflects the UK’s large current account deficit. Sterling is only now somewhat cheap on an effective exchange rate basis.

Valuations are now becoming attractive in both government bonds and sections of the equity market. It is hard to extrapolate the past week’s events into a repayment crisis. The UK is still funding at negative real interest rates and debt, and the GDP does not look exceptionally high in an international context. It has been interesting to see offshore private equity interest in UK assets quickly materialise over the past week. For investors with a medium to long term time horizon, now is the time to begin analysing which assets to buy to increase exposure in the UK. The summary of the UK market reaction is higher rates across the curve and a weaker currency. Credit spreads widened and equities were down as well, while currency and rates markets certainly have taken a significant hit. A good part of the negative reaction might have to do not necessarily with the specific measures announced, but rather with the lack of clarity as to how these will be financed. This could be addressed in the coming weeks.

Having said that, a careful bottom-up analysis is very important. Global companies in an open economy, some of which are actually levered to higher rates, might actually perform well.

Although some of the recently announced measures were anticipated and pro-growth, there was more fiscal stimulus than expected and market participants were left with a few questions regarding how the funding part of the equation will work. We highlight though that if the government were to provide a clearer path for addressing the aforementioned funding concerns, the negative trends might reverse, at least partially, relatively quickly. I believe the BoE may have sufficiently addressed the immediate concerns in the UK financial system with its liquidity injection, and this may limit the extent of volatility in gilts and sterling in the short term.

The market is still pricing in a 150bps hike at the November 3 BoE meeting. This week’s shock as well as further rate hikes are likely to hit growth, confidence, and household consumption as mortgage rates are expected to ramp significantly higher.

I hope the authorities take further action to improve confidence and that the BoE and other advisors revert to a more conventional approach towards supporting long-term UK growth while reducing inflation.

Even though the risk of a major financial accident has been reduced in the short term and extreme market movements are likely to subside, the UK economy remains vulnerable because of the loss of policy credibility and reputation for prudent economic and financial management that had been built over the last quarter century of the BoE’s operational independence.

The UK economy is facing very serious pressures — hit by Brexit, COVID, and a worsening energy crisis — and it could be a while before it’s in the clear. Even at these levels, the GBP and gilts are not relatively attractive since I suspect there could be another round of volatility. The GBP has fallen to a historical low versus the USD though I think there’s still room to depreciate against other DM currencies — for example, EURGBP remains below its Brexit peak. There are other more attractive, credible, and liquid alternatives, especially in the US and APAC region. For longer-term investors, the FTSE 100 valuation looks more appealing and these large-cap MNCs have much lower exposure to the UK economy. There has been a confluence of events in recent days that have further accelerated this trend.  First came the energy price cap, equivalent to 8% of GDP; closely followed by the mini budget offering a series of tax cuts with a focus on stimulating economic growth, but without the Government clarifying exactly how these tax cuts will be funded. Both policies, however well intended, necessitate additional government borrowing, which has caused rates to spike and the sterling to weaken.

The near-record low in sterling, however, is creating very attractive opportunities for overseas investors, particularly in real assets and global brands listed on the London Stock Exchange.  Unlike other European countries, the UK laws are relatively relaxed and have little county-level protectionist legislation to prevent such takeovers. In just the last week, the UK has seen some businesses including utilities and software services being purchased by French operators able to take advantage of the weak pound.  So long as the pound remains relatively weak, UK Plc can only expect further assets to move into foreign ownership.

The UK is heading into a perfect credibility storm, and most UK assets tumbled at an unprecedented pace. The market is sending a very strong signal that it is no longer willing to provide capital to fund the UK’s external deficits position and a tug of war between rising interest rates and falling GBP has begun.

When it comes to foreign investors’ reactions, we believe the impact on their investments will strictly depend on what markets they hold and what their sensitivity to domestic shocks is. Import-oriented businesses will struggle with the rising costs and should see a squeeze in margins. The sharp repricing of UK rates, on the other hand, add concerns over mortgage repayments in the context of weakening economic activity. This is something to have in mind when assessing the real estate market in the country.

Every cloud has a silver lining though. Most UK large companies generate big portions of their revenues abroad (something that will be worth more when repatriated back in sterling), and most Asian investors will find it attractive in nominal terms. But for JPY and KRW, most Asian currencies showed a relative resilience with respect to GBP in 2022, thus generating a higher purchasing power when investing in the UK. Even more real assets in the UK will offer good investment opportunities for investors overseas, Asian included, fueling the UK housing prime market (mainly in London) and widening the social disparities.