They believe a carbon connect to China could become a “profitable development area” for global investors.

A working group on green finance co-chaired by Hong Kong’s SFC and HKEX has kicked off a feasibility study on the territory’s role in the carbon market as a bridge between China and the rest of the world, following the start of China’s emissions trading scheme (ETS) at the Shanghai Environment and Energy Exchange in July. “We have expertise in trading all sorts of products including commodities, so we want to make sure that we don't miss the chance for this new asset class,” said Grace Hui, head of green and sustainable finance at HKEX.

China is the world’s largest carbon emitter. The over 2,000 power companies involved in the ETS are thought to make annual emissions exceeding 4 billion tonnes, making the market the world's largest for the amount of greenhouse gas emissions covered.

The People's Bank of China (PBOC) estimated that the country needs to spend 2.2 trillion yuan ($345 billion) per year on reducing carbon emissions to make its 2030 pledge on reaching emissions peak. “Government funds alone are far from enough”, said governor Yi Gang in April.

“We can play a role in bringing companies and investors into China’s ETS, because Hong Kong is too small to have its own. On the international side, Hong Kong will be very much focused on the voluntary carbon market. I think Hong Kong is the right marketplace for that given our close relations to China,” Hui said. “We are conservative, and we have to really look at the regulations and legislation. We may be slow, but when we do come up with a carbon market, that will be fully functioned, very liquid and transparent,” she added, noting that HKEX and SFC are still in the early stage of determining whether Hong Kong needs its own carbon exchange.

Carbon trading, with carbon credits as the underlying asset, is an emerging asset class as decarbonisation gathers pace globally. Green projects or low-carbon emitters can sell the carbon credits they save to heavy polluters on either a regulated or voluntary basis.

But there are no unified global standards for such trading. For example, it is of a similar nature to commodities, but, so far, the market has failed to come to a consensus. The price of carbon credits vary significantly between markets, too. In Europe, it’s well above 60 euro ($68) per tonne. But it’s still below 50 yuan ($7.85) per tonne in China.

“Hopeful there will be some initial findings towards the end of this year. I think Hong Kong is very well positioned to capture that changing market. But it's actually quite tough because the standards that different carbon markets are using are different, so we're still figuring that out. But it's a potentially very profitable development area,” said Eddie Yue, chief executive of Hong Kong Monetary Authority (HKMA), which also co-chairs the city’s green finance working group. Ashley Alder, CEO of the SFC, said in his keynote speech at the same forum, that he believes carbon trading will be a key to motivating investors into sustainable investments.

Hong Kong, with its significance in the Guangdong-Hong Kong-Macao Greater Bay Area, can well bridge carbon products and opportunities in the mainland to the world if rightly regulated, Alder said.

“A strong carbon market is driven by data,” he added, noting that, with reference to existing global standards, the working group has been studying how to regulate corporate reporting and cross-border carbon trading.

Ma Jun, China’s representative and co-chairman of the G20 Sustainable Finance Study Group, thinks Hong Kong demonstrates great potential in carbon trading. The city can choose to integrate with the carbon exchange in Guangzhou which would allow carbon emitters in Hong Kong to join the trading via opt-in methods, Ma said during the forum. 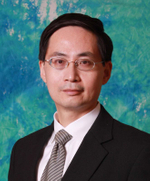 “The second idea is to create a channel through which international investors can participate in the Chinese carbon markets,” Ma said, noting that this can begin with Guangdong first and then broaden to Shanghai. Ma was the former chief economist at PBOC’s Research Bureau.

The third, and most complicated one, is to develop a voluntary carbon market in Hong Kong open to all international carbon traders, including China, Ma said. “It can potentially become very large because the scope is unlimited for Hong Kong.”

“So far there's no regulatory arrangement yet. We need to develop such arrangements. A personal view is that we need a carbon credit unit in the SFC to regulate this proposed voluntary carbon market in Hong Kong.”

“China’s carbon market is still a spot market. But as the world’s largest carbon exchange, we must have hedging tools. We need derivatives and futures markets. Only in this way can we have the pricing power in the international carbon market, and Hong Kong has a vital role to play in it,” said Susan Zhu, chairperson and CEO of Shanghai Treasure Carbon New Energy Environmental Protection Technology at the forum.

The A$43 billion superannuation, one of Australia’s oldest, aims to reduce direct emissions in its portfolio by 45% in the next nine years.
Asset Owners
Hugo Cox