Real government bond yields - the annualised return a benchmark government bond generates once inflation is taken into account - have fallen to a record low, giving asset owners more reason to shift allocations to equity and private markets, but fixed income still has a part to play in a diversified portfolio, experts told AsianInvestor.

The real yield on 10-year US treasuries fell further into negative territory to minus 1.127% last Monday (July 26), according to the Financial Times, raising concerns for asset owners, whose traditionally long-term investment horizons have allowed for relatively large bond holdings.

Yields have been falling since 2018, prompting asset owners to start shifting allocations away from fixed income. And despite a surprise rise earlier this year, yields have continued to fall, causing investors to look elsewhere for higher returns. 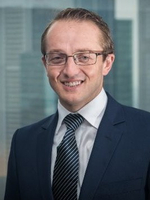 The A$225 billion super fund posted an impressive 20.4% return for the financial year ended June 30 for its default balanced option, largely attributed to the stocks rally. But Barker said investors have trended towards private markets rather than equity.

“Post the 2009 financial crisis, the broad trend across the global asset owner community has been a decreased equity allocation, in many cases favouring more investment in private markets,” he said.

The fund is also looking to triple its private debt investments to A$15 billion in the next three years and add 10 people to its private credit team overseas.

In a more dramatic show of the flight from fixed income, Japan’s $1.7 trillion Government Pension Investment Fund (GPIF) slashed its weighting of US government bonds and bills from 47% of its foreign debt holdings to 35%. 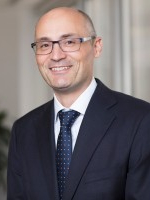 The pension fund, which is one of the world’s largest, posted record returns of 25.15% for the fiscal year ending March.

The fund also plans to increase the portion of alternative investments in infrastructure, real estate and private equity funds from 0.7% to 1.6% in the medium term, GPIF President Masataka Miyazono said during a media briefing in July.

“When you’re building diversified portfolios you’ll always have some assets which perform well and others which do poorly,” Michael Winchester, head of investment strategy at Aware Super told AsianInvestor.

“It’s hard to see us getting much of a return out of cash or bonds in the near term,” he said.

However, he struck a more optimistic tone for fixed income and indicated that there is still a place for it in a diversified portfolio “for investors who want to manage their risk”.

Fixed income also has the ability to “deliver a smoother ride” compared with the volatile stock markets, which is particularly important for pensions funds that have to cater to members who rely on these funds for their retirement, he said.

“A portfolio of Australian fixed interest has returned nearly 4%. If the market prices in a greater impact from Covid than currently anticipated, then these assets may experience higher growth,” he added.

THE RISE OF ASIA

As investors grapple with low yields in the US fixed income space, Asian bonds have started to draw interest, particularly with an increasingly sophisticated Chinese bond market.

Yield to maturity rose at the start of this year to more than 1.4% according to the S&P US Aggregate Bond Index, which includes US treasuries, quasi-governments, corporates and covered bonds. However, yields have since resumed their steady decline, reaching 1.21% as of Monday (Aug 2).

This compares with the slightly more stable S&P Pan Asia Bond Index, which showed a more gradual decline in yield to maturity which was 3.03% as of Monday, with no surprise uptick in March.

“We had yields rising fairly sharply early in the year, and that we’re going to have runaway inflation caught people by surprise. That can be disruptive. Historically in emerging markets when yields rise too fast – that’s generally negative for the local markets here [in Asia],” head of Asia fixed income at AXA Investment Managers Jim Veneau told AsianInvestor. “But then there was no follow-through. And I think that really puzzled people,” he said.

The low yields in the US were “certainly an important macro variable” that drove interest in Asia bonds, Veneau said.

However, the recent regulatory clampdown in China has spooked some investors.

“We’ve had a strong market reaction right here in the region. The global macro feedthrough was overwhelmed by concerns now with Chinese policy constraints on the education sector, on the property sector, and tech in general,” he said.

He observed that the fundamental impact is not as bad as people think, and regulators have come out to calm people down.

“But this is becoming more of a regular occurrence. Clearly, there are policy transitions that are underway that are clearly impacting the market, and ultimately how we're going to position in this market,” he said.

Terry Pan, chief executive for Greater China, Southeast Asia and Korea for Invesco, believes that the growth of the Asian bond market will come from China. “Why invest in China is not the question; the answer is it is worth investing in China. Previously, there were concerns about all those corporate bond defaults. And now there's a tech crackdown.”

But he adds that while these are risks for an investment portfolio, “we have to separate the politics and the economics”.

In addition, he has observed that the Chinese fixed income market has not yet reached its full potential, but is growing especially with the launch of the recent Bond Connect, which allows offshore investors access to mainland China's bond markets.

“I think the fixed income market is one where it's still, I wouldn't say in its infancy, but it still is growing. And it needs to grow through not only domestic investors, but also both retail and institutional [overseas investors]... But we're still in the early stages,” he said.

Stay tuned for the upcoming pieces in this series which will provide in-depth coverage on China bonds, ESG bonds, and asset owners' shift towards riskier asset classes.