As more European banks – and increasingly also regional ones – further pull back from lending to clients in Asia amid the Covid-19 fallout, private credit managers are ramping up efforts to raise money to provide companies with financing and thereby tap the growing appetite among yield-hungry asset owners.

A growing number of lenders are believed to be reducing or at least re-assessing their Asian exposure, after moves by Dutch firms ABN Amro and ING and Australia’s Westpac to retrench in the region last year. Sources said on condition of anonymity that the likes of Germany’s Commerzbank, Commonwealth Bank of Australia (CBA) and Singapore’s UOB were among those paring their activity in foreign markets or reviewing whether they might do so.

Moreover Commerzbank is planning a restructuring and headcount reduction in the coming few years. It is not clear whether this will impact its Asian operations, and the firm did not respond to a request for comment. 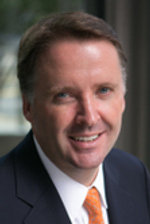 "We are aware that more banks are making meaningful reductions in their exposure to Asia,” Michael Marquardt, chief operating officer at private credit manager Zerobridge Partners, told AsianInvestor. “We are also hearing that a number of pan-Asia banks are looking to concentrate on their home markets, further creating an opportunity for private credit investors.”

The pullback is partially down to the need to repair balance sheets as a result of the Covid crisis, while some institutions have simply not been able to achieve the desired scale of business in Asia, Marquardt said.

The string of fraud scandals in the commodity sector in Singapore last year also played a part, having inflicted substantial losses on lenders.

“The reality is that Covid has shone an unforgiving light on the risk, profitability and scale of many international banks’ businesses", said Marquardt. "On top of this, with their home markets economically struggling thanks to the pandemic fallout, it is only natural for them to retrench and focus on core markets and businesses.”

US and European banks’ claims in the Asian banking system have fallen from 40% of the total amount in 2009 to about 28% now by data from the Bank for International Settlements, said Sumit Bhandari, lead portfolio manager for Allianz Global Investors’ private credit strategy. Claims refer to obligations to other lenders, which can be taken as a rough measure of overall activity.

“Banks’ return on equity has been less than 10% over the last decade or so, which means they don't have enough capital to continue to lend outside of their home markets – and this is happening again post-Covid,” he told AsianInvestor.

“The decrease from Covid will be shown in this year’s data,” Bhandari added, “but anecdotally we know European banks are retrenching further.”

The Hong Kong-based chief investment officer at an insurance firm made a similar point: “European banks have been reducing their lending activities in Asia for a while, and whenever there is NPL [non-performing loan] pressure in their domestic business, they often look at cutting back on overseas credit exposure to protect their capital ratios." In addition, even Asian banks are seen to be pulling back lending in the region – though to a lesser degree – making the issue even more pronounced, Marquardt said.

“With home markets struggling there is a desire to focus on the home market both by the banks but also by the regulators,” he added. Regional banks are, understandably, retrenching in some markets to focus on where the growth is, said Marquardt. “This is not dissimilar to what we have seen HSBC announce with its focus on the Greater Bay Area.”

HSBC did not respond to a request for comment.

Retrenchment has not necessarily meant banks closing all their operations in Asia, noted Marquardt. Many have indicated that they will keep an office primarily in Singapore to focus on key clients and products as well as wind down books, he added.

Overall, banks still provide more than 75% of lending in Asia compared to 50% in Europe and 20% in the US, said Robert Petty, co-chief executive and co-chief investment officer for Asia at Canada's Fiera Capital, speaking at the Milken Asia Summit in December.

“First banks will begin to focus on companies and loans that are in distress. These companies will need to restructure their debt and obtain alternative capital,” he added. “Second, banks will begin to pressure non-core clients to refinance – elsewhere. That will be an opportunity for private credit to step in.”

Small and medium-sized enterprises faced a huge financing shortfall even before the coronavirus crisis hit early last year. Such companies – which account for two-thirds of jobs in Asia – faced a $4.1 trillion annual funding gap in 2019, according to a study released by the Alternative Credit Council in August.

“There is a void in mid-market lending that the public markets cannot really fill because they tend to be largely geared towards larger corporates,” Bhandari said. “And then the private market has to step in to fill the void.”

But the rapid growth of non-bank lending is attracting attention from regulators concerned about the stability and robustness of such financing. Private credit markets in Asia are set to receive substantially greater scrutiny though that should in turn inspire confidence among investors.

This article has been amended to correct Robert Petty's name. It was previosuly incorrectly spelled as Robert Petter.