Andrew Howard, co-deputy CIO at Hostplus will leave the super fund to lead investments at Equip and Catholic Super, which had merged two years ago.

Howard is set to start in the role in early November. He replaces Anna Shelly who joined AMP Australia as CIO in May.

He has been with Hostplus since early 2020, and was CIO at VicSuper before it merged with First State Super to form Aware Super. Before that he was CIO at Pacific Current Group, after a decades-long career in consultancies including Mercer and Frontier Advisors.

Equip and Catholic Super manage A$30 billion ($21.9 billion) of assets across both funds. 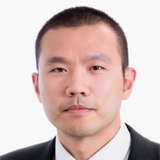 Willis Towers Watson (WTW) has expanded its Asia investments team by a third to further strengthen its integrated solutions in advisory and delegated investment services. This is to meet the increasing client demand for practical investment advice and portfolio management solutions in Asia, it said in an announcement on Monday. New members include Liang Yin, director of manager research, private equity and China specialist, who has been with WTW for over 13 years and recently transferred to Hong Kong from London. He was most recently a senior researcher for the Think Ahead Institute with WTW in the UK. Eleanor Wang, associate, also joined the manager research team from HSBC as an investment banking analyst.

All roles are newly created and have started either in September or in October, the firm told AsianInvestor. It declined to comment on their reporting lines. Capital Group appointed Belinda Gan as ESG investment director for its Europe and Asia client groups, effective October 1. In the newly created role, Gan will report to Alexandra Haggard, head of product and investment services for Europe and Asia, the company said on Monday.

Based in London, Gan’s responsibilities include working with clients, consultants, other intermediaries and company associates to inform and educate on Capital Group’s ESG and investment philosophy.

Before joining, Gan was with Schroders UK for over 10 years. Her most recent title was investment director for global sustainability.

Columbia Threadneedle Investments has opened its first office in Japan, which commenced business operations on October 1. The Tokyo office will serve existing institutional clients and partners in Japan. 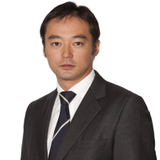 Yoshihisa Kojima, who has been with Columbia Threadneedle for 10 years servicing clients in the Asia Pacific, will be heading the Japan office as representative director and chief executive officer. He will report to Jon Allen, head of Asia Pacific.

Kojima will be based in Tokyo, together with two colleagues from office and client support teams. The physical Tokyo office will open in the first quarter of 2022, when it will look to add a small number of additional roles including sales support and client service. It won’t have an investment team. Fund managers cover Japan from investment offices in Europe and the US, it told AsianInvestor.

Kojima has over 20 years of experience in the asset management industry in Japan. He joined Columbia Threadneedle Investments in 2011. His most recent title was Japan sales director, based in Singapore.

Effective October 7, Ben Freischmidt has joined Credit Suisse Australia as a director and senior member of the equity sales trading team. Based in Sydney, he reports to Jason Cooper, the firm's head of sales trading and executive.

Prior to joining Credit Suisse, he was regional head of MSCI’s analytics business in Sydney and Singapore, following on from over a decade in management and trading roles in the hedge fund industry, including Dymon Asia and TPG-Axon Capital, based in Hong Kong, and co-founding hedge fund LionRock Capital, based in Singapore.

Prior to that, Freischmidt worked with Goldman Sachs in Hong Kong, and began his career with UBS in Sydney.

Credit Suisse declined to comment on whom he had replaced. MSCI did not reply emailed questions on his replacement.

Capco, the global technology and management consultancy, has appointed Steve Halliwell as Head of South East Asia. He will focus on growing business for the firm and supporting its clients in Singapore, Thailand and Malaysia. 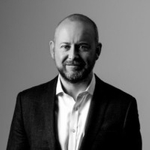 Halliwell has been a partner at Capco since 2013 and will relocate from the company’s New York office to Singapore. Throughout his US leadership role, Halliwell oversaw and grew key relationships across a range of Tier 1 global financial institutions as part of a significant expansion of Capco’s US business during this period. In his new APAC role, he will be focused on driving Capco’s dynamic growth strategy and talent acquisition program in the region.

“Steve brings over 20 years’ of experience at the leading edge of financial services change programs, working in close partnership with a range of global banks. With his new responsibility for three of the region’s most dynamic markets, Steve will be instrumental in delivering on that ambition,” said James Arnett, APAC managing partner at Capco.

Prior to joining Capco, Steve spent 14 years working in senior roles within financial services in the US, Japan and the UK, during which time his responsibilities included major design, build and implementation initiatives across the front office, operations and technology.

Boshnakova will succeed board member Sergio Balbinot, who has been responsible for the group’s insurance business in France, Benelux, Italy, Greece, Turkey, and Asia Pacific.

To ensure a smooth transition, Boshnakova will work closely with Balbinot and assume portfolio responsibilities from him in 2022, allowing Balbinot to focus more on the strategic priorities in the Asia Pacific region, according to the announcement.

Based in Germany, Balbinot’s term is expiring at the end of next year. Sirma Boshnakova was appointed as CEO of Allianz Partners in April 2019 after four years at Allianz SE as executive vice president and head of business division for Southern and Western Europe.

Allianz Partners, part of Allianz, is a provider of B2B2C services in assistance and insurance solutions. RBC Wealth Management appointed Fenny Chan and Angela Chow as directors for its private banking team, the firm announced on October 6. Both are newly created roles and were effective in June, according to the firm's spokesperson.

Chan joins RBC from HSBC where she served in senior client roles for more than two decades. Chow previously worked at Credit Suisse, where she was vice president, relationship manager. She also worked at BNP Paribas, LGT and Citibank.

Both are based in Hong Kong and will report to executive director Xygent Chan, who joined the firm earlier this year from Bank of Singapore.

HSBC and Credit Suisse did not immediately reply to emailed questions on their replacements.

He replaced Harshveer Singh, who is now head of Asia Pacific M&A practice and member of global insurance practice and technology and analytics group, according to a spokesman.

Widjaja is an experienced team member with more than 20 years of experience in consulting, industry and academia in the United States, Western Europe and Southeast Asia, and he will be based out of the firm’s Jakarta office.

Prior to joining the firm in 2010, he worked as a corporate venturing manager and R&D project manager at NV Bekaert SA (in Belgium). In his time with Bain & Co, Widjaja has worked across change management and multi-year transformations, strategy and implementation for local and regional banks and insurers, various financial investors deals (sector scans and portfolio work).

This article has been edited to reflect that Fenny Chan and Angela Chow joined RBC Wealth Management in June.