Yin Haining is stepping down as Greater China head at Pimco, a spokeswoman confirmed to AsianInvestor.

She originally joined the asset manager in 2008 and had taken several senior roles across regions. She is currently based in Hong Kong as executive president and head of Greater China.

The spokeswoman added that Yin would remain with the firm till the end of June.

Both Tan and Bogoricin report to Alec Kersman, Asia Pacific head of Pimco. Daniel Lau, who was formerly a portfolio manager focusing on Asia fixed income and foreign exchange, told AsianInvestor that he had  “switched sides [from portfolio management to risk]” in his new role at the sovereign wealth fund.

Lau had been a portfolio manager at Pimco for three years and 10 months. He has previous experience at sovereign wealth funds, having formerly worked at Norges Bank Investment Management as a fixed income trader, focusing on Asia, from June 2013 to August 2017. Prior to that, Lau had worked as an emerging markets trader at Barclays and a portfolio manager at the Monetary Authority of Singapore. The role is a newly created position as OCM expands its presence in the region, a spokesperson said. Lee took up the role in early April, and relocated to Singapore from Hong Kong earlier this year. He reports to Ani Deshmukh, Asia credit director at OCM.

Lee was most recently a credit trader at Bank of America Merrill Lynch in Hong Kong, a role he held since April 2019. Prior to that, he was a trader at Nomura for five years.

A spokesperson for Bank of America Merrill Lynch declined to comment but AsianInvestor understands he has not been directly replaced. Amita Chaudhury has joined AIA as group head of sustainability in Singapore, effective May 3.

In a LinkedIn post on Tuesday (May 4), Chaudhury said that she was excited to support AIA's ambition of "building healthier, longer, better lives for millions of people in Asia".
The role is newly created in line with the firm's increased emphasis on ESG, a spokesperson told AsianInvestor. They declined to provide more details on the role.

Chaudhury joins from Unilever, where she had spent nine years. Most recently, she had been on secondment at the United Nations Global Compact as senior sustainability advisor since August 2019.

Her roles at Unilever included being the head of sustainable business for Southeast Asia and Australasia, also based in Singapore, and global director of diversity and inclusion while splitting her time between London and Singapore. 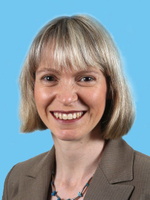 MLC Life Insurance has appointed Bozenna Hinton as the new lead for product, pricing and proposition for its retail insurance business.

Hinton was hired as general manager of product, pricing and retail proposition at the Australian life insurer on May 3 and is responsible for the “sustainability of the insurer’s portfolio”, the firm said in a statement.

She reports to chief life insurance officer Michael Rogers and was most recently the head of portfolio management for individual life at TAL, where she spent five years. Before that, she was a director at EY, and a consultant at Deloitte.

Hinton replaces Angela McLaughlin, who was seconded into the role, which had been created after a restructuring of the business in September. Fred Wen has left Ping An Life Insurance in Shanghai to join Mercer as its China wealth business leader.

Wen, who continues to be based in Shanghai, joined Mercer's regional team on May 6. He reports to Greater China chief executive Catherine Li, who is based in Beijing.

Wen had previously worked as an executive director and senior portfolio manager for Ping An Life Insurance in China. Prior to that, he worked with Willis Towers Watson as a senior investment consultant for China.

A spokeswoman said Mercer is still actively hiring for wealth teams across Asia to meet the growing demand in China. Rachel Farrell, the chief executive of Australia at JP Morgan Asset Management, is set to retire later this year after a decade with the firm.

Farrell had been CEO since relocating to Sydney from Hong Kong in November 2016. Prior to that she had been JP Morgan AM's head of sovereign and institutional clients for Asia Pacific ex-Japan.

Before that position, Farrell was head of sovereign and institutional clients in South and Southeast Asia, Australia and New Zealand, while based in Singapore.

Before joining JP Morgan AM, Farrell spent 17 years with Citi Group in various roles including head of alternatives distribution for the Europe, Middle East and Africa markets, and managing director at Citi Alternative Investment, and Citi Capital Advisors. She also spent nine years at Bankers Trust, a US banking organisation that has since been acquired by Deutsche Bank.

A JP Morgan AM spokesperson said the firm is conducting an executive search for Farrell's replacement and that she will continue in her role for the next few months to ensure a smooth transition. Jack Siu has been named chief investment officer (CIO) for Greater China at Credit Suisse, reporting to Asia Pacific CIO John Woods. A spokesperson from the bank confirmed the move.

Prior to joining Credit Suisse Siu worked at Generali Investments, where he was a portfolio manager. Kwon, who was formerly the CFO of CLSA for almost three years, also worked for JP Morgan Asset Management and GE Capital.

Based in Singapore, Kwon's line manager is Holger Braun, CFO of Allianz Real Estate. He also reports to Singapore-based Rushabh Desai, chief executive of the region, a spokeswoman told AsianInvestor.

She added that Kwon's role is a first for Asia Pacific, with his duties previously being overseen by a colleague based in the firm's Munich headquarters.

CLSA declined to comment on his appointment and replacement. Chan reports to Andy Chai, the Asia chief executive. The spokesperson declined to comment on whether her role is new or she filled a vacant position.

Chan had previously been BMO's Asia chief executive since 2015. She had also worked with Edmond de Rothschild Group and HSBC Private Bank in various senior roles.

Another recent hire at J. Safra Sarasin was Mignonne Cheng, who joined from BNP Paribas Wealth Management as its chairman for Asia. UK-based wealth manager Quilter International announced the appointment of Nicholas Kourteff as its new Singapore chief executive officer, replacing Ian Kloss who recently left the firm and relocated to the UK. His start date is subject to regulatory approval.

Kourteff reports to Brendan Dolan, global sales director based in the UK.

This article as been updated to reflect Theresa Tan's coverage at Pimco.