The fund that will be created with the merger of QSuper and Sunsuper has appointed Ian Patrick as chief investment officer (CIO) as it publicly announced its new executive team on Thursday (June 10).

Patrick was previously CIO of Sunsuper, which he had joined in 2015. Prior to that, he held senior positions at consultancies, most recently as chief executive of Jana Investment Advisers, a role he had from 2008 to 2015, and head of global equities before that. He was also previously employed at Mercer.

Charles Woodhouse, the previous CIO of QSuper was made deputy CIO of the merged fund. He had joined QSuper in 2009 as head of funds management, and was made CIO in 2019.

The merged fund’s executive team includes seven other appointments including chief member officer Karin Muller, chief technology officer Rod Greenaway, and chief of QInsure Phil Fraser. All the executives had previously been with QSuper or Sunsuper.

Bernard Reilly was announced as chief executive of the merged fund in March, and all roles will be effective from the date of ther merger, which QSuper and Sunsuper had previously said is planned for September. The merged fund will create one of Australia’s largest superannuation funds with more than A$200 billion ($155 billion) assets under management. State Street named Pauline Wong as head of the Hong Kong and Ilona Chen as head of Taiwan, effective June 8. These two newly created roles will report to Mostapha Tahiri, chief executive officer for Asia Pacific. Wong and Chen are based in Hong Kong and Taipei, respectively.

Previously, the responsibilities for both roles were shared by business unit heads in the region.

Wong joined State Street in 2011 and was most recently Asia Pacific lead for the firm’s client programme office. Before joining State Street, she worked in various positions at HSBC in trustee services, private banking and securities services covering the Asian region. A spokeswoman told AsianInvestor that the firm is finding a successor for Wong’s previous role and will provide details in due course. The institutional investment services business in Hong Kong and mainland China will be overseen by Pauline Wong, head of Hong Kong, and Joanne Chen, head of China, respectively, the spokeswoman added. Prior to joining Northern Trust in 2016, Higgins held several senior leadership and client management positions at Brown Brother Harriman, State Street and UBS. Prior to Higgins' appointment, the responsibilities of the position were overseen by Michael Wu, the branch manager for Beijing and country executive for Greater China.

Wu is set to leave Northern Trust after June 30. His responsibilities are now being shared by Higgins and Julie Zhu, who was named on June 9 to take over its asset servicing business in China, according to a spokewoman from the firm. She is based in Beijing, and reports to Angelo Calvitto.

Prior to this appointment, Zhu, who has been with Northern Trust since 2005 working predominantly with Chinese clients, was the fund house's deputy Beijing branch manager. She had worked as a relationship manager for 15 years prior to that appointment. Manulife Investment Management on June 8 announced a number of appointments to its emerging market fixed-income team.

A spokeswoman told AsianInvestor that Cheung and Huang's roles are newly created, but did not indicate whether there would be new replacements for their previous roles. On June 9 it named Vincent Cheng, Ellis Lau, Leo Zhang and Yoon Tae-Jung as directors, all of whom are joining RBC WM’s relationship management team in Hong Kong.

Vincent Cheng and Ellis Lau report to Xygent Chan, who joined RBC WM as executive director and team head earlier this year. Cheng joins from Bank of Singapore in Hong Kong, where he was a relationship manager. Lau joins from Glory Sun Securities, where he was investment solutions director.

Bank of Singapore and Glory Sun Securities did not reply to emailed questions on their departures. Hope Chain AM did not reply to emailed questions on Zhang's replacement.

RBC WM has around 70 relationship managers in Hong Kong and Singapore. Chua, who will remain based in Hong Kong, will co-run Lombard Odier's Asian/emerging markets equities franchise with Odile Lange-Broussy to oversee the $2 billion platform. She was with Harvest Global for nine years. Harvest declined to comment on Chua’s replacement. He works closely with Johan Utterman and his team to drive forward the pan-European and Swiss equities franchises with an AUM of $3.7 billion.

Both Chua and d’Aligny’s roles are newly-created. They report to Didier Rabattu, global head of equities at LOIM, the firm told AsianInvestor.

Maisonneuve will succeed Steve Berexa, who will retire as global CIO equity since 2015 at the end of 2021. He has served the company for 24 years. The firm said on June 11 that Maisonneuve joined in the same week, and will be based in London following a move back from Singapore in the Autumn. As the asset class lead and CIO for Equity, Maisonneuve reports to Deborah Zurkow, global head of investments at Allianz GI.

Maisonneuve was most recently the founding partner and CEO of MGA Consulting based in Singapore. As part of her joining Allianz GI, Maisonneuve ceased to be a shareholder of MGA, the company told AsianInvestor. MGA Consulting didn't immediately respond on her replacement. 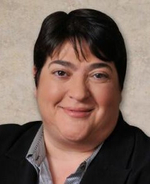 
Chakar had served as head of global markets at State Street for over two years. Her role will be replaced by Tony Bisegna, global head of portfolio solutions, FX sales and trading, and research for State Street Global Markets, effective September 1.


Chakar and Bisegna will remain based in Boston, and report to Lou Maiuri, chief operating officer of State Street, it told AsianInvestor. State Street Digital, launched on June 11, will help the firm expand to digital assets include crypto, central bank digital currency, blockchain and tokenisation, it said in a press release.

Lee is a partner at Blue Pool Capital in Hong Kong and was previously managing director at Bain Capital Asia and vice-president at Investor AB. He runs global private investments at the firm.

He replaces family officer adviser K.O. Chia who was chairman of the committee since 2017. Chia has been president of HKVCA since 2005 and was previously deputy chief executive at multi-family office Grace Financial.