HSBC Asset Management has appointed Ray Chan as ETF business development director, a newly created role based in Hong Kong. Chan reports to Jaqueline Pang, head of ETF sales, Asia Pacific, who is also based in Hong Kong. He joined the firm on June 21.

Chan has over 20 years of experience in the industry. Prior to joining HSBC AM, he was worked at Taikang Asset Management, leading its sales and business development efforts for pensions and intermediary segments.

He also spent eight years in State Street Global Advisors where his last position was the head of Hong Kong for SPDR ETFs.

Taikang AM did not reply to emailed questions on Chan's departure and replacement.

Prior to joining Ninety One, he worked at UBS and Fidelity International, specialising in fixed income investments in the region. UBS did not reply to emailed questions on his departure and replacement. This is Alias’s first new position since he resigned from EPF in February this year, allegedly due to disagreements with the government over the latter’s decision to allow Covid-19 hardship withdrawals from the fund. Alias replaces Noharuddin Nordin, a civil servant who officially retired in 2014.

Alias joined the EPF in 2014 as deputy chief executive officer and was promoted to CEO in 2018. He remains on the board of Sime Darby Plantations and IHH Healthcare. He has recently held positions at Malaysia’s central bank. Chan joined the US bank in 2003. She had been the regional Citigold private client business head for Asia Pacific, Middle East, Europe and Africa since October 2020 – a role which she retains.

She continues to be based in Singapore and joins the global private bank leadership team as well as the Citi global wealth Asia management team.

A spokesperson for Citi declined to comment on who Chan reportS to.

The company made three further corporate banking appointments based in Singapore and Shenzhen. All are internal hires. Last month Citi also appointed Faye Ong as the head of family office advisory for Asia based in Singapore. 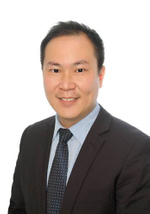 Based in Singapore, Leong reports to Shang-Wei Chow, head of Southeast Asia wealth management. A spokesperson for Deutsche Bank said the position is newly created but declined to provide further details.

Leong was most recently ultra-high net worth market lead and desk head at HSBC Singapore. Prior to joining HSBC in 2018, he was senior team head at UOB Private Bank from 2013 to 2018; before that he was North Asia head at DBS Bank.

HSBC did not immediately respond to queries on how it was covering Leong's former duties. Barclays hired Evonne Tan on July 6 as head of Barclays Private Bank in Singapore. She reports to James Penny, head of privating banking for Asia ex-India, who is based in the UK.

A spokesperson said this was a newly created appointment in line with it growing its capabilities to offer services to ultra-high net worth individuals and family offices in the region.

Tan joins from UBS where she was a market team head, responsible for the ultra-high net worth Singapore business. Prior to that, she was managing director at Singaporean investment manager Magenta Advisors, a company that she had founded. A replacement for Renee as head of distribution will be made shortly, the spokesperson added. 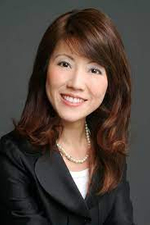 Low joined Credit Suisse 25 years ago. She was most recently a team leader for the bank within its regional private banking business and, prior to that, senior client partner.

Wee Ing Peng has replaced Low as team leader. She in turn was promoted from being an expert relationship manager. Wee has been with Credit Suisse for 17 years. Cheung reports to Mathew Kathayanat, head of product and strategy for Asia Pacific, who is based in Singapore, and Simon Voss, head of international trustee & depository, who is based in Netherlands. This is a newly created role and the responsibilities had been shared by various teams, a spokeswoman told AsianInvestor.

Cheung had most recently served as head of trustee services for Brown Brothers Harriman in Hong Kong. The firm declined to comment on his departure and replacement.

Before that Cheung held a number of senior roles, including senior manager of trustee and fiduciary services at HSBC Global Banking and Markets, associate general counsel at AIA Pension and Trustee in Hong Kong and as a registered foreign lawyer at Mayer Brown.

This article was updated to clarify Joyce Low's status as a former team leader in the private banking division and to clarify that Terence Leong is group head of wealth management.