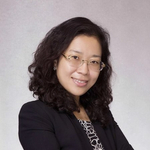 Manulife Investment Management named Liu Bing as managing director of institutional business for Greater China. In this newly created role, she will be responsible for institutional client coverage across the Greater China region.

Liu was most recently head of Greater China at Macquarie Asset Management overseeing the distribution and client serving activities.  Before that, she has also worked at Lombard Odier, Societe Generale, and Carlyon Corporate & Investment Bank.

A spokeswoman for Manulife told AsianInvestor that Liu joined the firm in late March. Macquarie declined to comment on her replacement. Evans confirmed to AsianInvestor he had departured, but declined to comment on his next move.

His role will not be replaced directly as Nuveen adopted a new leadership line-up in Asia Pacific for its real estate business in February, a company spokeswoman said.

In the new leadership line-up, Hong Kong-based Louise Kavanagh has become head of funds management and chief investment officer for Asia Pacific, overseeing the real estate business in the region.

In addition, Andrew Kleinig was handed expanded responsibilities as the head of the Australian office in addition to continuing to oversee the growth of Nuveen’s capital base, the spokeswoman said. Schroders Singapore announced the promotion of Lily Choh from deputy CEO to CEO, effective May 1. Choh has held the deputy CEO role since April 2020. She is also the head of institutional coverage and a director of the board since July 2019.

The announcement said Choh will transition out of her head of institutional role by the end of the year to solely focus on her new responsibilities as CEO.

Choh both succeeds and will report to Susan Soh, who in turn is shifting focus exclusively to her role as Co-CEO of Asia Pacific alongside Chris Durack. Soh has been CEO of Schroders Singapore for 14 years.

Choh was also previously Southeast Asia head of distribution until May 2020. A spokesperson said Schroders has no plans to fill this role for the time being. Schroders also announced the appointment of Amy Cho as Asia Pacific head of distribution, effective May 1. The spokesperson clarified that the new role will consolidate Cho's current position as head of intermediary with the head of institutional role that Choh is moving away from.

Cho also reports to Soh, and has taken the new position in addition to her job as the CEO of Schroders Hong Kong.

ZETI AZIZ TO STEP DOWN AS PNB CHAIR Permodalan Nasional Berhad (PNB) announced the retirement of Zeti Aziz as chairperson, following the completion of her three-year term. Her last day is April 30.

The revered former head of Malaysia's central bank said she had officially written to prime minister Muhyiddin Yassin to inform him that she would not renew her tenure. PNB said Zeti had driven PNB’s transformation journey since her appointment as group chairperson in 2018, which has seen the institution achieving great strides across three key areas.

According to the statement, parent company Yayasan Pelaburan Bumiputra would announce her replacement in due course.

Blackstone announced it is continuing to expand its Environmental, Social, Governance (ESG) team, with five newly created senior positions across the US, Europe and Asia. The new team members include five managing directors.

Blackstone and InvestaProperty did not reply emailed questions on her appointment and replacement. Singapore-based fund management firm Phillip Capital Management appointed Stephen Beng Sui-Leung its first head of ESG strategy, it announced on 23 April. A spokesperson for the firm declined to disclose his commencement date but said it was “in the month of April 2021”.

Beng was most recently an independent consultant. Prior to that, he was a senior director at Savills in Singapore between July 2019 and November 2020 and earlier chair of the marine conservation group at Nature Society Singapore.

The announcement said Beng will spearhead ESG integration at both the firm level and wider Singapore-headquartered PhillipCapital Group, which operates in 15 countries. His appointment follows increasing momentum of trading activities in ESG-related funds.

Beng will report to Phillip Capital Management CEO Linus Lim, based in Singapore.

Phillip Capital said the firm will work with its UK counterpart, King & Shaxson Asset Management, to deeper integrate ESG considerations in its product offerings in Singapore. Mignonne Cheng has joined J. Safra Sarasin as its chairman for Asia.

Cheng has over 40 years of financial services experience including 30 years with BNP Paribas, last as its Asia chairman of the wealth unit – a role she had held since 2010. A spokeswoman from J. Safra Sarasin told AsianInvestor that Cheng is based in Hong Kong and has not yet officially come onboard, but declined to provide more details.

Cheng had previously acted as chief executive for BNP Paribas' wealth management business i Asia Pacific, in addition to being its chairman. However, she stepped down from the role in 2017 and the bank named Pierre Vrielinck as CEO in her stead.

BNP Paribas declined to comment on the timing or circumstances of Cheng’s departure, but a person familiar with the matter said she had not been replaced.

Partners Capital, a global outsourced investment office, has appointed Emmanuel Pitsilis as its managing director and co-head of Asia Pacific. Pitsilis joined the firm on April 12 as co-head alongside managing director Adam Watson. He reports to chief executive Arjun Raghavan. They are all based in Singapore.

He takes over co-head title from Raghavan, who was previously both CEO and co-head at Partners Capital. Raghavan is retaining his CEO title and relocating to London in the coming few months, a company spokeswoman said.

Pitsilis works closely with Watson and Dominik Burckgard, head of Hong Kong office, to deepen the firm’s capabilities in offering regional and global investment solutions for its world-wide client base.

He was previously a senior adviser at McKinsey & Company, a position he left in March. McKinsey declined to comment on his departure.

The UK government appointed representatives from sovereign wealth and pension funds to a new investment advisory council, set up to advise on improving and enhancing the country’s business environment for foreign investors.

The council will meet twice a year and on an ad hoc basis to advice the UK’s department for international trade and the wider government on policy and regulatory changes that could improve the UK’s appeal as a foreign investment destination. The positions are unpaid.

Singapore-headquartered Eastspring Investments announced the appointment of Carmen van Roon Pence as assistant director for intermediary sales in the US, effective April 19.

According to the announcement, this is a newly created position which reflects Eastspring’s desire to strengthen the firm’s distribution network in the region. Her addition bring the firm’s US team's headcount to five, a spokesperson said.

Van Roon Pence is based in New Jersey, and reports to Eastspring's head of Americas, Matthew Appelstein. She was most recently director of intermediary sales at GAM Investments for 25 years, where she covered US offshore and Latin American markets.

In response to requests for comment, GAM said, "Carmen van Roon Pence left the business with our thanks and very best wishes."

HSBC AM NAMES HEAD OF CREDIT RESEARCH FOR ASIA Based in Hong Kong, Yeoh will report to Tina Radovic, Paris-based global head of credit research, and Elizabeth Allen, Hong Kong-based head of Asian fixed income. She takes over from Allen, who assumed the new role in February this year.

Prior to joining HSBC, Yeoh was a financial and corporate credit research analyst in Credit Suisse. The Swiss bank did not immediately reply to AsianInvestor's queries about her departure.

The appointments include Singapore-based Prakash Kannan, chief economist at GIC, and Danny Quah, dean of the Lee Kuan Yew School of Public Policy at the National University of Singapore.

Also appointed were: US-based Anne Simpson, managing investment director for board governance and sustainability at Calpers; Natacha Valla, dean of the Sciences Po School of Management and Innovation, based in France; Illa Patnaik, professor at the National Institute of Public Finance and Policy in New Delhi; Jin Zhongxia, executive director for China at the International Monetary Fund; and Rakesh Mohan, president of the Centre for Social and Economic Progress in New Delhi and former deputy governor of the Reserve Bank of India.

Ludger Schuknecht, former deputy secretary general at the Organisation for Economic Cooperation and Development, also joined the advisory council and is moving to Singapore from Germany in April, the announcement said.