He will oversee the fund's active internal local equities portfolio, which the team allocates primarily to listed investments across the NZX50, through a combination of in-house investment professionals and external investment managers. Halapua will report to the head of direct investment, Will Goodwin.

Halapua joined the Guardians, the Crown entity that manages the NZ$55 billion ($39.5 billion) fund, in 2011 and was most recently external investments and partnership investment manager at NZ Super. He replaces Sam Porath, who left NZ Super in December last year for the Accident Compensation Corporation in Auckland, a spokesman told AsianInvestor.

Asked when Halapua's role will be made effective, the spokesman said "we are working through a transition period between teams".
Halapua previously worked as an investment banker at Goldman Sachs, where he was involved in mergers and acquisitions and capital market activity across New Zealand and Australia. He is also chair of the risk committee at NZ Super and serves on the board of retirement village operator RetireAustralia. 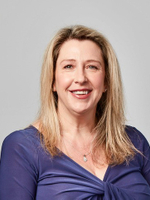 MLC Life Insurance has appointed Lesley Mamelok as general manager of finance and deputy chief financial officer (CFO), as well as Robert Baillie in the role of general manager of capital management and corporate finance. Both are new roles based in Sydney and they will both report to CFO Kent Griffin.

Mamelok joined the company on Monday (April 19) and oversees the financial management and control of MLC Insurance, which include expense management, investment control, tax, financial accounting, and reporting.

She joins from Integrity Life, where she was acting chief executive and CFO. Prior to that, she had spent 14 years at AMP, which included a stint as CFO. Integrity Life did not immediately respond to queries on whether they have hired a replacement.

Bailie, who started with the company on March 1, is responsible for the overall capital management of MLC Insurance, which covers treasury, corporate finance, business planning and reinsurance strategy. He was previously head of actuarial at TAL, a post he has held since 2015. TAL did not respond to requests for comment on his replacement at the time of publishing. Wendy Chen has joined Malaysia's sovereign wealth fund Khazanah Nasional as assistant vice president for investments in its private funds group this month, according to her LinkedIn profile.

She was previously the deputy manager in global real estate at the Employees’ Provident Fund of Malaysia, covering developed Asia markets that include Japan, Australia and South Korea, her profile shows.

Khazanah and EPF did not respond to requests for comment on Chen's move.

Citi Group plans to hire up to 500 people in its wealth management business in Hong Kong and an additional 1,500 employees in Singapore as it focuses on wealth centres in Asia.

The plans follow its announcement last week that it will exit 13 consumer banking markets in Asia and Europe, citing the lack of scale to compete and a shift in focus to wealth management. HSBC appointed Ian Yim as head of distribution and Melissa Craig as head of digital and innovation, effective from April 26 and May 1, respectively.

Both will be based in Singapore and report to Anurag Mathur, head of wealth and personal banking, also situated in the city state.

Yim has been with HSBC for 18 years, most recently as head of wealth and international, a role which he filled since 2019. He has also been acting head of distribution since March 1. A spokesperson said the responsibilities of the head of wealth and international have been folded into the head of distribution role to drive greater synergy for  staff-assisted channels.

Craig is currently HSBC's group head of digital messaging experience and sales, a role she has filled since January 2019. Prior to joining HSBC in 2017, she headed brand management and communications at Lazada in Singapore.

A spokesperson said Yim's role is newly created, while Craig's is an existing role that they have renamed. Craig will have oversight on partnership development and innovation, the spokesperson said.

WU YAN STEPS DOWN AS VP AT NCSSF Wu Yan stepped down as vice president of the country’s National Council for Social Security Fund, according to a government announcement on April 16. It did not specify the reason for him leaving.

Wu had joined the state pension fund council in November 2017 as an internal party member. Previously, he worked in different positions for Chinese insurers including People's Insurance Company of China from 2003 to 2017.

NCSSF did not reply to emailed questions from AsianInvestor on his departure.

Steven Carew, the chief investment officer of JANA, one of Australia's leading asset consultancies, has resigned.

He will leave the firm in December and will take a year's sabbatical before looking for new opportunities, the Financial Standard reported.

JANA said it has not found a replacement and that Carew will continue to play an integral role at the firm, according to the publication.

Carew is based in Melbourne and has been with JANA for 23 years. JANA did not respond to AsianInvestor's requests for comment on Carew's departure, or who will replace him.

Cambridge Associates is hiring a client service associate in Singapore, according to a vacancy posted on LinkedIn in April.

A spokesperson for the advisory firm said it was a new role, stemming from the need to build out its client services group. The group is responsible for onboarding new clients, implementing investment decisions and coordinating performance reporting, according to the post.

This article's introduction has been updated to clarify the role of Khazanah's new appointment.