Ang replaces Bernard Fung who will remain with the bank until the end of November. The spokesperson confirmed he will return to the family office sector but declined to share further details.

Credit Suisse also appointed Jennie Lau as a family office specialist in April this year. Prior to joining Credit Suisse, she was a senior legal counsel at Chow Tai Fook Enterprises. Based in Singapore, he reports to Coo-Way Law, managing director and head of Southeast Asia investment management.

Divik brings 17 years of experience in financial markets. He previously worked as a portfolio manager trading FX, rates and equities with ExodusPoint Capital and Millennium Capital. Prior to that, he was with Credit Suisse advising Ultra HNWI clients in private banking and advising institutional clients in global markets.

He was with Deutsche Bank from 2007 to 2011, handling corporate FX in global markets in Mumbai, India. The firm declined to comment on whether this role is a new one or a replacement.

ExodusPoint Capital did not respond to emailed questions on Divik’s replacement.

On August 23, the firm also appointed Alania Hsu Concepcion as investment management team head for Southeast Asia. She will report to Coo-Way Law too.

Concepcion recently returned to Singapore, after spending 4.5 years in Europe running her own company and pursuing her interests in ESG and the fintech industry. She previously held the position of head of investment consulting for the Singapore and Malaysia markets for Credit Suisse. Prior to that, she was the co-head of private banking sales for Barclays Bank.

Based in Singapore, Chia has more than 20 years of investment products advisory and management experience across Singapore, Hong Kong, and Switzerland. She was most recently the Asia Pacific head of structured products origination and product management at UBS Investment Bank in Singapore. Previously, she was also the Asia Pacific head of global capital markets at UBS’ wealth unit.

Chia succeeds Fidelis Oruche who has held the role since 2013. Oruche will take on a newly created role as global head of alternative investments and managed solutions.

UBS did not reply to emailed questions on Chia’s departure. 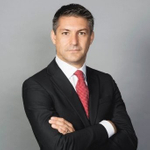 Pantone joins from HSBC where he was head of wealth sales for Asia Pacific, running a cross-asset, multi-product salesforce since 2016. HSBC did not reply to emailed questions on his departure nor replacement.

Meanwhile, Conrad Huber has taken on the role of business sector head for Greater China, Singapore, Indonesia, Japan and international.

UOB has launched a new private wealth arm to increase its focus on the high-net-worth individual segment, hiring a Julius Baer banker as part of the growth plans.

Chew Mun Yew will join UOB wealth management team in December, according to a statement on August 27, reporting to head of group retail Eddie Khoo.

Chew has more than 20 years of experience and joins most recently from Julius Baer where he was a Greater China private banker. Previously, he held senior roles across strategy, risk management, and wealth management. He was also a senior banking and insurance regulator for over five years.

UOB aims to double its wealth management fee income within five years. UOB did not reply to emailed questions on his appointment details. Julius Baer declined to comment on his departure. Barings named Justin Hooley as managing director in the Asia Pacific private finance group, effective September 1. In his new role, he is responsible for origination, underwriting and managing private credit investments in the developed markets in Asia Pacific.

Under this newly created role, Hooley is based in Sydney and reports to Shane Forster, head of Barings’ Asia-Pacific private finance group.

Justin worked for Deutsche Bank Sydney for 12 years, most recently as their head of credit opportunities, leading origination, structuring, analysis and provision of strategic capital to junior to mid-cap companies across a range of sectors. Deutsche Bank declined to comment on his replacement.

Prior to that he worked in the leveraged and acquisition teams at Merrill Lynch, BOS International and CIBC. Heng was chief client officer for wealth management at Nomura Singapore between October 2015 and September 2020. He previously held senior roles with Coutts, Credit Suisse and single-family office Wah Hin & Company. Most recently, Heng was a qualified mediator at IMI - International Mediation Institute, according to his LinkedIn profile. 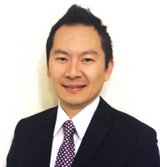 Indosuez Wealth Management in Asia, the global wealth management brand of Credit Agricole group, said on Monday that it has appointed Ian Koo as head of asset management for the bank’s Hong Kong branch, effective as of Aug 23.

Indosuez declined to comment on who Koo has replaced in the role.

Prior to Indosuez, Koo worked at BNY Mellon (Hong Kong) for seven years. Before leaving in May, he was a senior portfolio manager for multi-asset discretionary investment and wealth management services for Asia Pacific-based high-net-worth and ultra-high-net-worth clients.