If the Biden administration shares anything with Trump, it’s China. The baton of US-China trade tensions has been passed, and firmly grasped, by the new US presidency and the words ‘conflict’ and ‘war’ are increasingly being used; and not just in the context of trade.

Despite this, foreign investment in China remains strong and is set to continue. The question for asset managers and owners is how to navigate this increasingly volatile terrain in a way that overcomes the difficulties but at the same time seizes its opportunities.

For many it’s a tough balancing act and all eyes, for now, are firmly on diplomacy between the new US administration and an increasingly assertive China.

In recent days the focus has been on climate change, with US special envoy John Kerry’s China visit seen as a bellwether for an increasingly tense stand-off on trade, technology and human rights. 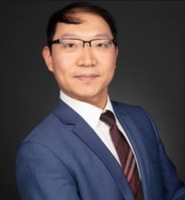 “In the near term there’s obviously a lot of sensitivity and tension around China relations, so any asset allocation towards China is likely to be more of a strategic or long term initiative,” Yaying Dong, Sydney-based market strategist with Mercer told AsianInvestor.

The question being assessed by many China-watchers is what can the US, or any other trading bloc, do to make a meaningful stand against China on trade, climate or with regard to the erosion of freedoms in Chinese territories.

Arvind Rajan, managing partner of Basis Point, an investment analytics firm in New York, observed that “the US has a rising and bipartisan anti-China sentiment that has set the stage for a long contentious period in trade and geostrategic matters. Therefore, regarding the US making a stand, yes it will,” he told AsianInvestor.

The scope of any diplomatic battle around the issues of human rights or climate policy is limited, though, by the economic imperatives. In the 10 years through 2019, China, on average, accounted for about one-third of global economic growth, larger than the combined share of global growth from the US, Europe and Japan.

“We cannot decouple from this engine of global growth, as we manage the other aspects of the bilateral relationship,” said Andy Rothman, investment strategist with Matthews Asia.

Contrary to the argument put forward by Republican leaders in the US, doing business with China is not harmful to the US economy. Rothman pointed to a study published by the National Bureau of Economic Research, which found evidence that the total impact of trading with China is a positive boost to local employment and real wages.

“American workers as a group have experienced an increase in real wage from trading with China. The US labour market is flexible enough that non-manufacturing employment is systematically stimulated by trading with China,” said the report.

So while China has not lived up to all its WTO commitments, it has done enough that US exports are up by more than 500% since it joined the WTO in 2001, according to Rothman.

By most market estimates, the Trump administration’s six-fold tariff hikes on Chinese goods led to huge losses for American consumers and companies, but with little impact on China. And according to a Federal Reserve working paper, “the tariffs have not boosted manufacturing employment or output.”

“I share (Biden’s) frustration over the limitations of engagement in achieving our objectives with the Chinese government,” said Rothman.

“But we need to be clear about what has been accomplished, and realistic about whether alternative policies will achieve more, or less. Working with our allies to update the global trade and financial architecture and continuing to incentivise the Chinese government to abide by these rules, is the best way to reduce the risk of conflict between the world’s two largest economies.” There are certainly measures the US and others can take against China on trade. But as Carl Tannenbaum, chief economist and executive vice president at Northern Trust notes, they would certainly invite retaliation and repercussions.

“This is a complicated game of chess that spans economic, diplomatic, and strategic arenas. It is hard to know what the endgame would look like, but that does not mean that one side or the other won’t make any moves,” he told AsianInvestor.

The March diplomatic meeting in Anchorage between representatives of the Biden administration and their Chinese counterparts did not go well. “Some in the press called it the ‘disasta in Alaska’,” said Tannenbaum.

“But I wasn’t surprised by the angry tones, which were as much for domestic audiences as they were for the other side. I understand that low-level discussions on a number of fronts are proceeding. I don’t think either side wants a prolonged battle.”

Rajan agrees, saying there would have to be a major escalation for there to be a significant market event that caused investors to withdraw from China. “That said, the temperature is permanently higher and on a secular shift towards a worse relationship,” he added.

Although Biden’s style differs from Trump’s, US positions on a number of fronts have not changed, noted Tannenbaum, and any concessions from China will be hard won.

“China will likely have to give a little to achieve a truce, but my sense from this distance is that president Xi is not in the mood to make concessions.”

Mercer’s Dong believes that China will do whatever it takes to defend its rights over sovereign territories and will firmly oppose foreign interference.

“I do not believe that China will bow down to pressure in the case of Taiwan, for example. The use of force is not ruled out, but I think it is clear that war produces no winners. I remain optimistic that there will be no war.”

A cold war with the US would not be great for China's growth and ambitions and while face is extremely important, Beijing is also practical and rational, according to Jason Hsu, CIO of Rayliant Global Advisers, a specialist China equities manager.

"If there is a face-saving option to return to an amicable relationship, Beijing will opt for that. After all, it is much better for China’s domestic prosperity and for president Xi’s popular support to be building more aircraft carriers than deploying them into harm’s way in conflicts."

Ultimately, Dong said, “It’s going to be 'interests' that prevail over 'values'. It’s easy to forget that world trade and globalisation has actually created many more winners than losers over the past 40 years. US corporations have benefitted immensely.”

This article has been amended to update the title of Carl Tannenbaum.