Japan is one of the best-placed countries in the world to establish a sovereign wealth fund (SWF) in the next decade in part due to an enormous current account surprlus, according to a think-tank. But investment experts familiar with the country are unconvinced such a vehicle is likely to see the light of day.

The world's third-largest economy is expected to realise $858 billion in current account surpluses in the next five years, according to the latest Global SWF report released on January 1, citing figures from the International Monetary Fund. That would be the second-highest total in the world, only trailing those of Germany.

Of the top 10 countries in terms of current account surpluses, six lack a sovereign wealth fund. These countries, and especially Germany, Japan and Taiwan, could each establish one if they wished, the report said. 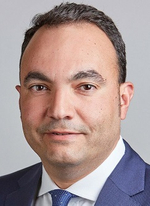 Establishing a SWF in Japan might particularly advantage the country, Diego Lopez, New York-based managing director at Global SWF, told AsianInvestor. The large but slow-growing economy could use the fund’s assets to invest into an array of asset classes in fast-growing countries such as Indonesia, which is on the way to set up its own new SWF for infrastructure investment, he said.

The nation has evidently realised the potential of such emerging market opportunities. The Japan Bank for International Cooperation (JBIC) has pledged to invest $4 billion into Indonesia’s planned SWF, which is set to be established later this year.

“A SWF would be complimentary to the Government Pension Investment Fund (GPIF) by having a different [investment] focus and bringing a higher potential for yield abroad,” said Lopez.

GPIF, the world’s largest retirement fund with $1.61 trillion in assets, is generally perceived as risk averse. It maintains a highly liquid, largely passively invested portfolio, less than 1% of which is allocated (via external fund partners) to alternative asset classes. It also invests 51% of its portfolio into domestic equities and bonds.

But any plans Japan might have to establish a SWF would have to navigate the fact that much of the country’s current account surplus does not lie with the state.

Shigeto Nagai, head of Japan economics at Oxford Economics, told AsianInvestor that the country’s surplus is largely a result of Japanese nationals buying and owning more assets outside of Japan, rather than the government or public investment funds doing so. Another possibility would be for the country to use some of its enormous foreign currency reserve pot to seed the SWF.

Most of the world’s existing sovereign wealth funds have been established by countries that are resource-rich or have huge foreign currency reserves that they do not want sitting idly. Japan lacks abundant natural resources but has $1.384 trillion in official foreign reserves, the second highest after China.

The majority of these foreign reserves is held by a special fund operated by the Ministry of Finance, and are used primarily for yen stabilisation, particularly against the US dollar, and international financial cooperation.

The yen-dollar foreign exchange rate has been more volatile in recent years, and as a consequence the Japanese government does not want to lose the overall size of its massive currency reserves, Katsuyuki Tokushima, head of pension research at NLI Research Institute, told AsianInvestor. “They put a priority on liquidity of those [reserves], and also safety. They cannot take huge amounts of risks,” added Nagai.

An SWF, in contrast, would prioritise increasing the wealth it possesses for the future generation and would not have any liabilities.

Were Japan to decide to create a SWF, it would need to resolve many issues in addition to sourcing the seed capital.

“‘Who will manage SWF?’ might be the biggest issue. Considering severe complaints and criticism against past losses of GPIF, no one will be eager to take on the responsibility of investments,” Tokushima said.

This management issue is reflected in the intial set-up of the Japan Investment Corporation, a public-private fund that abruptly ceased operation just six months into its operation (March 2019) after all nine of the private sector executives on its 11-member board of directors resigned over disputes over renumeration packages. The management and the Ministry of Economy, Trade and Industry also butted heads over how it should run. The fund was then re-established later in the same year.

In fact, setting up a pure SWF is not a brand new idea for Japan. The country has looked at establishing one several occasions in the past, most recently in late 2018. That vehicle was intended to invest in US infrastructure projects and US-Japan joint projects in third countries. But the plan did not materialise.

But Nagai said the danger of establishing a SWF is that politicians view it as being diplomatically useful, rather than allowing it to operate autonomously. That combination can end up reducing its potential returns.

"This discussion of SWF often happens when Japan wants to make a certain financial cooperation globally. But setting up SWF is a different issue. It's purely for long-term investment, not for the use of certain policy purposes," he said.