US asset manager Nuveen has made five additions and two replacement hires across its client coverage and investment teams in Asia in recent months, as well as making changes to two regional leadership roles, AsianInvestor can reveal.

The $1 trillion-asset unit of Teachers Insurance and Annuity Association is looking to develop its ambitious expansion plans and do more direct and specialised investment in Asia, particularly in the real estate sector. This reflects a large and growing appetite for real asset exposure in the region among institutional investors globally. Denise Ying started in Hong Kong in December as vice president on the international advisory services team to look after institutional clients in Greater China. She reports to Kelvin Cheung, chief operating officer for Asia Pacific and the Middle East.

Ying had formerly been director for Greater China institutional client coverage at Franklin Templeton Investments until June last year but left after the US fund house agreed to acquire rival Legg Mason in February. She was not directly replaced.

Meanwhile, Betty Zhang and Mia Yang started as assistant vice presidents in client services in December, reporting to Cheung. Zhang most recently worked at US fund house Vanguard’s Hong Kong branch, which closed down last year. AsianInvestor could not ascertain what Yang had been doing previously.

Nuveen has also sought to strengthen its real estate transaction capabilities on behalf of both TIAA and its external clients. Zhou was previously a Hong Kong-based director for data centre solutions on the advisory and transaction services team at CBRE. A spokeswoman for the property broker could not immediately comment on whether Zhou would be replaced.

Jang YoungJee took on the role of Hong Kong-based associate in the fund management team in November. She reports to Louise Kavanagh, head of fund management and chief investment officer for Asia Pacific.

Jang will mainly work on Nuveen’s flagship regional property platform, the Asia Pacific Cities strategy. She was previously a senior associate for portfolio solutions at co-working property group WeWork, according to her LinkedIn page.

In Australia, Rick Marston assumes the newly created role of head of Australian transactions, having worked as head of asset management for Australia since 2018. The new post will encompass sourcing and executing real estate opportunities with the support of Nuveen’s sector specialists and analyst team, said the spokeswoman. Marston also retains his former duties.

Anthea Trazzera joins him in Sydney as a senior associate to support transactional activity and will report to Marston. She moved in October last year from Australian property group Mirvac, where she was a capital transactions analyst, her LinkedIn page shows.

Carmen Hawkey joined in January as a Sydney-based associate on the Asia Pacific real estate debt team, which is led by Martin Priestley. She was previously senior treasury analyst at Australian property and infrastructure firm Lendlease, according to her LinkedIn page. 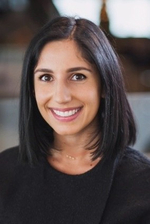 Hawkey and Trazzera both replaced other executives, the spokeswoman said, but she could not identify the previous incumbents.

She said that Nuveen had made the changes to the roles of Kavanagh and Marsten “to maximise mixed-use opportunities that will emerge in a post-Covid-19 world” and “as part of a broader global shift towards a sector-based organisation model”.

Nuveen also plans to set up offices in Korea and Dubai and to expand its presence in mainland China, Asia Pacific head Simon England-Brammer told AsianInvestor in November. The spokeswoman said she could not provide any further updates on developments in those areas.

Asset owners can boost returns through alternative allocation, the head of alternatives at the Brunei Investment Agency says, as she takes on an expanded role.
Partner Content
Nuveen

Hesitancy aside, institutional investors eye Australia and Japan as promising geographies for private debt investments within Asia Pacific, with Greater China and Korea on the periphery.
Alternatives
Hans Poulsen

Overseas investors are flocking to Japanese housing. As the latest deal shows, there is increasing competition within one of the most sought-after real estate markets in Asia-Pacific.
Alternatives
Joe Marsh

The two US firms are to launch open-ended core real estate products to tap rising demand among global investors for Asian property. BlackRock may also consider such a move.
Asset Owners
Shusi He