Insurance firms in Europe are increasingly eyeing Asian emerging markets in their hunt for investment yield, with some now moving to buy their first private assets in the region, says Joel Krueger, London-based global chief investment officer at consultancy Aon.

“Clients are looking to invest more into Asia generally and more specifically into emerging markets in Asia,” he told AsianInvestor last week. “[And] most of the recent discussions I’ve had with institutional clients have been in alternatives, particularly private debt."

Debt is particularly attractive for insurers because it receives lower risk capital charges than other assets, hence the resultant return on capital can be more attractive.

“We’re having discussions with clients, particularly insurers, about allocating more of their private asset portfolios [which are largely private debt-focused] into Asia Pacific,” said Krueger, who advises insurance clients on investments. 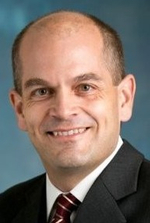 “Typically European [including British] insurers’ private asset portfolios are around 10% of their total assets under management [AUM], so they may be moving from an allocation of basically zero up to 1% to 2% in emerging market private debt.”

This increase is tending to come at the expense of public market exposure, he added, and reflects the growing global appetite for Asian private credit.

Krueger said he was referring to insurance clients ranging from those with a few billion dollars of AUM to very large firms with hundreds of billions. He declined to say how many insurance firms were making such moves or the size of the mandates.

The time frame for building the allocations will vary from firm to firm, he said, but the insurers in question generally aim to start making the investments within the next 12 months. It will take them at least 12 to 18 months to achieve their target allocations, which in many cases are their first into Asian private debt, he added.

“It’s a dip in the water in terms of the overall portfolio, but we see this as potentially the start of a trend,” Krueger said. “We’d expect there to be a buildup of that allocation over the next two, three, four, five years.”

Of course, an allocation increase of even just 1 percentage point for an insurer with a $200 billion portfolio is still a substantial $2 billion.

As for accessing the investments, Aon sees the best approach as employing asset managers with operations on the ground that are familiar with the region and where there will be opportunities for co-investments, Krueger said. There is a growing number of such firms in the region looking to take advantage of the accelerating withdrawal of banks from lending in non-core markets.

The US is by far the biggest and most mature market for private credit, but the focus has been rising on Europe and, latterly, Asia Pacific as institutional demand for the asset class has soared in the past few years.

Allocations to Asian private credit have been very limited in the past because of issues such as low familiarity with these assets and concerns over currency risk, Krueger said. “But they need to find yield-generating opportunities and have an increasing awareness that the perception of high risk in those [Asian emerging] markets is a bit misplaced and that there are a number of risk mitigants you can put in place if you find the right partner.”

Krueger is well placed to make such a comment, having worked on the investment team for UK insurer Prudential’s Asian business for several years, including as regional CIO.

Another lure is that several of the Asian credit markets are pegged to the US dollar, reducing the risk of currency fluctuations, noted the global head of sales at a large fund house on condition of anonymity.

"[Asian private debt] is one of the untapped frontiers of the allocation spectrum," he added. "You will see more insurers looking to diversify their general account portfolios by investing into it."

“Our concern would be how to source these [Asian private credit] assets [if there were a lot of demand]. It is quite challenging as it is still quite a small market,” said Alexandre Mincier, global head of insurance at Invesco, who was formerly HSBC Insurance’s global CIO.

In any case, France-based Mincier said that he had not yet seen many European insurers looking at Asian private debt. They are showing increased interest in Asian emerging markets, he agreed, but with more of a focus on investment-grade bonds than private markets.

“Emerging market investment-grade debt is very popular indeed,” he said, noting that European demand was rising, including for Chinese bonds.

Demand for Asian fixed income really starting to pick up in Europe around 18 months ago, as clients ramped up their search for additional yield, Mincier said. “[European] clients were thinking that they could get 150 to 200 basis points more yield for the same rating and duration in Asia than in their domestic market.”

There has been a net inflow of billions of dollar of client money into Invesco’s Asian emerging-market investment-grade debt strategies, he said, declining to give a specific number.

This story has been updated to show that Alexandre Mincier was global CIO of HSBC Insurance rather than Asia CIO.

For more insight into how insurance companies in Asia and elsewhere are investing, attend AsianInvestor's Insurance Investment Week from March 15 to 19.