US consumer prices climbed 7% in 2021, marking a record 12-month gain since 1982, cementing estimates from market participants that a rate hike could come sooner rather than later.

Investment analysts were already anticipating a rate hike by the first quarter of this year, and the latest numbers released on Wednesday (January 12) have bolstered those expectations.

“The Fed also appears primed to embark on quantitative tightening as soon as the second half of this year,” Brian Nick, chief investment strategist of Nuveen wrote in a note on Wednesday.

“The magnitude of this potential tightening remains unclear, because the Fed has not said how fast it will allow securities to roll off or what the terminal size of its balance sheet should be,” he added.

Rising prices for shelter and used vehicles, as well as food costs led to the increase in the Consumer Price Index (CPI), while energy prices, which were a key driver of inflation through most of last year, fell in December, according to Bloomberg.

Some market observers said that the 7% increase was not a surprise, and helped to assure uncertainties that plagued the second half of last year over how persistent inflation rates were going to be.

“As the issue of inflation is far from off the table, the Fed’s bond purchases have been cut back even faster since January… In VP Bank’s view, the chances are good that inflation expectations will not get out of hand and that the situation on the stock markets will calm down,” Felix Brill, chief investment officer of VP Bank said.

AsianInvestor has compiled commentary by investment analysts on how today's inflation rates will affect investment strategies. Our view coming into 2022 was that the Fed could and would wait longer to see where inflation settles before raising rates. But it now appears to be taking inflation risks much more seriously, with a rate hike now very much in play as soon as March. Markets have gotten the message, as well, with fed funds futures contracts pricing in between three and four hikes from the Fed this year.

It is not just the fed funds market that’s taken notice of the Fed’s changing posture. Equity markets have begun 2022 with an abrupt change in leadership from defensive and higher growth stocks to cyclical and value names. Energy stocks are off to a roaring start while financials are benefiting from higher rates and a slightly steeper yield curve.

Credit markets are performing well despite the rate volatility. We know from experience even before the pandemic that periods of sharply rising rates are typically followed by better returns on equity and credit markets. We expect the lurch higher at the outset of 2022 to prove no exception. 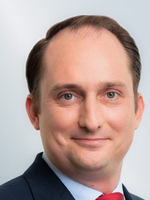 No signs of cooling in inflation in December. Consumer prices increased by 7% year-on-year – a rate last seen during the early 1980s. The details show that price increases are broad-based. Service prices – driven by prices for shelter – trended above the averages we have seen prior to the pandemic and are now on levels similar to those before the Great Financial Crisis at around 4% year-on-year.

Persistent high inflation rates together with the recent strong labour market data reinforce the hawkish narrative provided by the Fed. Looking ahead, Omicron looks set to dictate the fate of the economy in January and maybe in February. But current indications on how the new variant plays out suggest that the Fed will remain on track to reduce its accommodative monetary policy, most likely as early as in March this year, by hiking rates for the first time since December 2018.

It should be kept in mind that while Omicron has the potential to slow down progress in achieving “maximum employment”, it also has the potential to push inflation and therefore inflation expectations up further, possibly implying even more rate hikes down the road than the three to four which are currently anticipated by market participants.” Wall Street stocks closed mildly higher on Wednesday, as the closely watched US inflation data didn’t deliver much of a surprise. In the prior day, Federal Reserve Chair Jerome Powell assured market participants that the central bank will tighten policy to contain inflation without hurting the economy. This clear guidance removed policy uncertainties and allowed investors to focus more on the upcoming earnings season.

The DXY US Dollar index plummeted 0.62% overnight, falling to a two-month low of 95.00. This may be attributed to unwinding activities as investors have previously priced-in at least three rate hikes this year. As the roadmap of tightening gets clear, some traders may look for an exit and profit taking opportunities.

The elevated CPI figures released this morning will likely have an impact on equity markets, although we are still in the midst of supply chain issues.  Equity investors will need to prepare for choppy markets as the Fed pivots to deal with stickier inflation than they previously anticipated.  This is consistent with our view that first few months of the year will be volatile as markets adjust, but then should set up a better outlook as the Fed completes its pivot and some traction is seen on the inflation front. Inflation is the biggest call to make for this year and also the hardest. The min-max range for US CPI this year is 230bp wide. The problem is that all the action is in items that normally are volatile, random walks that no one knows how to forecast. Everyone has wildly different assumptions about the importance of wage pressures and the duration of bottleneck disruption.

Inflation is more elevated in DM than EM, which is in part a function of different levels of excess demand in goods sectors. Which in turn reflects more stimulus in DM.

So inflation remains largely a bottleneck issue and there are lots of signs that supply is trying to ramp up to meet demand and eliminate the shortages. We still forecast core PCE to land below the Fed’s target by the end of next year (1.8%) whereas they have it at 2.7% in Q4.

On government bonds, the Fed is expected to raise the federal funds rate three times by 25 basis points this year. Some members of the Federal Open Market Committee even consider a reduction of the balance sheet, according to the minutes of the December meeting. But even the prospect of a more restrictive monetary policy did not help US yields to far higher levels.

In co-relation to equities, the upcoming annual corporate earnings season is expected to provide further insight into how companies have managed to cope with the sharp rise in producer prices. So far, larger companies have mostly been successful in overcoming the numerous challenges. As such, shareholders can expect higher dividends and more share buybacks.

Within the emerging markets space, because of the individual risks involved, investors are cautious about bond investments. We rely on the admixture of Chinese bonds in our emerging market holdings. Bonds issued by China show a much lower volatility and offer additional diversification.