Adding to what is now becoming a long list of investment risks globally, the recent tension in the Taiwan Strait is piling on the risk in an already challenging environment.

In response to US House Speaker Nancy Pelosi’s visit to Taiwan on Aug 2, China launched an unprecedented nine days of live-fire military drills around Taiwan.

The world is now watching to see whether China’s live military drills will become a regular feature in the region, as the Taiwan Strait is one of the world's most important marine shipping and air cargo lanes.

China has also announced economic sanctions against Taiwan on food imports. But so far that only affects just 0.2% of Taiwan's exports.

In a recent interview, Sun Life Financial Asia’s head of equities, Asia, Jimmy Weng, told AsianInvestor that “high-impact, low-probability” events such as military conflicts around Taiwan, and the escalating tension between China and the US, are the key factors preventing them from turning bullish on the region despite mild inflation and cheap valuations.

Amid rate hikes, emerging markets in Asia have already seen record foreign outflows in the first half of 2022. And inflows only started returning in July.

This week AsianInvestor looks at the depth of the impact of the Taiwan Strait tension, and how it could affect investment appetite for the region. 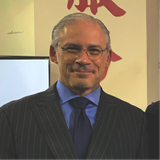 Chris Cottorone
Investors are keeping a closer eye on how the China-Taiwan tensions may impact both markets as well as others around the region.
However, most analysts do not expect the tensions to turn into war for now, and if the situation remains peaceful, it is hard to say that these tensions will push investors away as China still occupies an important role in global supply chains while Taiwan’s semiconductor and technology industries are critically important to many other industries and regions.
And with global markets facing greater volatility, it will be difficult for investors to completely withdraw from China and Taiwan’s markets.
Where the impact is being seen involves a greater desire by investors to access more research and ask more questions as they seek good investment opportunities and reduce risk, especially on exposure to credit and geopolitical tension risks.
Asia was already a rising area for ESG investment, and with the Ukraine war that began in February, the importance of ESG investment is also now being felt in Asia, particularly in the Greater China region. Markets in Asia and globally so far have had a muted reaction as Chinese responses are largely in line with market expectations. However, we believe risks remain high and the situation remains fluid as tensions surrounding the Taiwan Strait are elevated and unpredictable events could escalate a delicate situation dramatically and quickly if unintended military confrontation or causalities were to occur.

Throughout the year, irrespective of the latest tension between the US, Taiwan and China, institutional investors have largely avoided emerging markets in Asia as we see deep underweight positioning across Asian currencies, bonds and equities.

However, we have seen renewed interest over the past month in terms of greater inflows back into North Asia as markets continue to expect greater stimulus packages from China to spill over to the rest of the region, especially into export-oriented places like South Korea and Taiwan.

The political narrative has shifted slightly back to fundamentals, particularly around the state of the critical chip maker industries in the region, which could be the bellwether of the future global economic outlook. This could once again turn around if political uncertainty dominates the narrative as investors revert to Association of Southeast Asian Nations (ASEAN) markets, which are often more driven by tourism and rebound in domestic consumption. The risk of further escalation will have the potential to further fuel risk-off sentiment towards global and Asian risky assets, depending on further actions China might take.

Any potential expansion of trade ban on Taiwan could severely impair Taiwan’s growth as exports account for almost 70% of Taiwan’s GDP and China is the main export destination.

However, given that most of Taiwan’s exports to China are tech and equipment-related products, which are heavily intertwined with China’s own tech exports to the rest of the world, we think China will be cautious about further trade restrictions as it will also hurt China.

Meanwhile, additional military drills around Taiwan will disrupt global supply chains as Taiwan Strait is a key route for shipment between North Asia and the US and Europe, leading to stickier inflation. Nevertheless, we believe China will be cautious in disrupting trade routes further, as this would drive China’s inflation higher, and put policymakers in a difficult position when providing support for the economy.

In terms of fundamentals, we are cautious about Taiwan and the negative impact of a slowdown in the US and developed markets could bring. The slump in demand for goods (especially technology products), the excessive capacity, and the recent regulations (US CHIPS Act) will drag on economic growth.

Overall, our base case remains that there won’t be direct military conflict in the short term, but the geopolitical uncertainties and deteriorating fundamentals will lead to pessimistic business sentiment and flow.

Should this persist, we expect longer-term ripples from investors who, while not completely shunning Taiwan, will require higher risk premia. 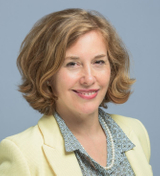 China’s regular military drills in the Taiwan Strait do not need to indicate willingness (or even readiness) to go to war. The most likely scenario is for Taiwan to suffer the brunt of a partial lockdown with a scarcity of some imports. A worrisome case is liquefied natural gas, which is a very large source of energy for Taiwan, since it would imply electricity rationing.

Investors are taking good note of the situation, and, in the case of foreign companies operating in Taiwan, taking contingency measures but not yet preparing to leave.

As for portfolio investment, the stock market tanked after Pelosi left but has recovered. It should be noted that Taiwan saw a large outflow of foreign equity investors during April and May, which weakened the currency and lowered valuations. That is helping now as the stock market is less expensive.

Still, if military drills become the norm, we should see foreign equity investors leaving but also part of the money which has been repatriated in the last couple of years could leave. The latter is larger than foreign money invested in Taiwan’s stock exchange.