The UK’s biggest fund house has shaken up its Asia business resulting in the departure of its regional chief and two other executives and the transfer of management for $25 billion of clients' passive equity assets to London from Hong Kong.

Legal & General Investment Management (LGIM) saw David Peng, head of Asia Pacific ex-Japan, and Paul So, Asia Pacific head of index funds, leave at the end of December. Senior fund manager Kelvin Tong is due to follow suit soon, according to a source familiar with the firm. 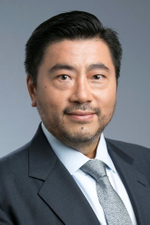 Peng had been with the $1.3 trillion index fund giant since June 2018, while So and Tong had joined in 2014. At least five individuals remain in the Hong Kong office, including two traders and two sales executives.

LGIM has now named Natasha Mora as managing director for Asia to lead the regional business, excluding Japan. Based in Melbourne, she was previously LGIM’s counsel and commercial director for Asia Pacific Mora has been in Australia since April 2018 and with the firm for 14 years, mostly in London, and reports to Sarah Aitken, global head of distribution.

LGIM is also likely to make hires in Hong Kong and mainland China in the coming months, another well-placed source told AsianInvestor. The fund house has a wholly foreign-owned enterprise that it set up in Shanghai in 2019 but does not yet have any staff there, the individual added on condition of anonymity. An LGIM spokeswoman declined to comment on potential future hires apart from to say: “We have significant ambition to invest further in our sales and client service locally.”

Moreover, Ben Bennett, head of investment strategy and research, relocated to Hong Kong last year, with a view to providing LGIM’s macro insights and investment expertise to Asian clients in their time zone, she said. Bennett and Danny Kwok, head of trading for Asia Pacific, will both join the Asia board.

However, the spokeswoman confirmed that LGIM had taken the decision to consolidate its index portfolio management in London. That resulted in the transfer of $25 billion of assets – understood to be run largely on behalf of state institutions in Asia – from Hong Kong.

All the other assets of the firm's Asian clients were already managed in London, the spokeswoman said. “This adjustment will therefore be a small and seamless restructure, combining teams in our centre of excellence in London while at the same time providing specialist investment expertise to our Asian clients.”

However, the move appears to row back LGIM's decision in 2017 to shift investment responsibility for various equity funds to Hong Kong.

AsianInvestor could not ascertain whether Peng, So or Tong had any other roles lined up and could not reach them for comment.

Prior to joining LGIM, Peng had been head of Asia ex-Japan at UK-based Standard Life Investments for some seven years and before that spent 15 years at US asset manager BlackRock and its predecessor firms Merrill Lynch Investment Managers and Mercury Asset Management.

Before his stint at LGIM, So had been head of beta products at Hong Kong-based fund house Enhanced Investment Products and had also spent some 10 years at BlackRock.

Tong had worked for consultancy EY before joining LGIM.

This story has been updated to include mention of LGIM's 2017 decision to move investment responsibility for various funds to Hong Kong.
¬ Haymarket Media Limited. All rights reserved.
Advertisement
Was this article helpful?
Share our publication on social media
facebook
twitter
linkedin
Advertisement