Higher yields, the internationalisation of the Renminbi, improved liquidity, and China’s recovery are contributing to global asset owners’ growing appetite for Chinese sovereign bonds in their fixed income portfolio, despite regulatory risks.

With developed markets sovereign bond yields hovering around 1%, and at times falling into negative territory, Chinese government bonds are looking more attractive, trending from 2.1% to as high as 3.4%.

“What's interesting is that compared to most of the developed market bonds which central banks have been aggressively buying, therefore having alleviated prices, Chinese government bonds trade is reflective of fundamentals, so the yield is higher,” said Keiko Kondo, deputy head of multi-asset investment for Asia at Schroders. Under such a context, an investor’s view on the pricing of Chinese government bonds depends on their view of the Chinese economy at a given time, Kondo said in response to a question posed by AsianInvestor during a press conference.

“China is much more ahead than anyone else in the economic cycle. If we are to look at Chinese government bond yields, it’s much more attractive compared to a lot of the other developed markets," she said. Out of $18.9 billion inflows into emerging market debt in June, over a quarter went to Chinese bonds, according to the Institute of International Finance.

As the Chinese government pushes forward with the internationalisation of the Renminbi (RMB), asset owners are drawn to RMB assets as an alternative to US dollar assets, to keep portfolio diversified against political and economic risks in the US.

A chief investment officer of an Asian public pension fund told AsianInvestor that he thinks the RMB will appreciate gradually as the currency becomes more international.

“As a long-term investor, holding RMB [assets] for a long time is quite attractive,” he said. “I do believe that Chinese government bond looks really attractive in terms of both yield generation and the currency appreciation in the long run.”

The RMB currently has a 10% weightage in the International Monetary Fund’s (IMF) dollar/euro-dominated basket of international reserves, but even then, global assets allocated to RMB assets are well below the percentage, noted Esther Law, emerging markets debt senior investment manager with Amundi.

“I'm not saying we have to match that, but I just see some potential room to grow [for Chinese government bonds investment] as we see more transactions being settled in RMB,” she told AsianInvestor during a webinar. Against the backdrop of global collapse of bond yield, her team thinks it is possible for most Chinese government bonds to stay below 3%.

But it is still attractive compared to developed markets, she said.

Dai-ichi Life Insurance, one of the largest life insurance companies in Japan with some 37.85 trillion yen ($343 billion) of assets under management, told AsianInvestor that it has been expanding investment target countries and currencies with the aim of diversifying its portfolio.

Chinese government bonds are part of that strategy, a spokesperson said, although they did not reveal how much had been invested.

Dai-ichi Life has a fixed income-dominated portfolio, with 50% of assets allocated to domestic and foreign government bonds.

Institutional investors could have exposure to Chinese sovereign bonds through the use of indices such as the FTSE World Government Bond Index (WGBI), which will include Chinese bonds from October onwards. The move came after the Bloomberg Barclays Global Aggregate Index started including Chinese bonds in April 2019.

After FTSE Russell’s announcement in March about the inclusion of Chinese bonds, GPIF was reportedly among Japanese investors who opposed the decision.

The pension fund uses WGBI as the benchmark for its foreign bond investments, which account for 24.7% of its 191.6 trillion yen ($1.74 trillion) AUM. 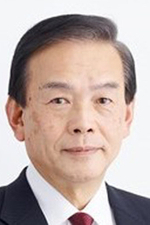 Since then, however, the fund has softened its tone.

GPIF President Masataka Miyazono told a July press conference that it is necessary to consider investing in Chinese bonds given the returns.

“But there are market regulations for the bonds, especially against foreign investors. We manage a large amount of money. Given the amount of exposure we have, we have to be cautious,” Miyazono said, adding that they also need to consider the liquidity issue.

Likewise, the CIO of an Asia-based public pension fund told AsianInvestor that even though he agreed that Chinese government bonds have appeal, he is choosing to wait until the market develops more stability and maturity, with all the uncertainties and regulatory risks.

Recent crackdowns on tech firms in China have left investors spooked, with many anticipating more sectors to be targeted in the coming months.

The average weekly turnover of Chinese bonds stood at $715 billion in June, less than a quarter that of US Treasuries, Bloomberg data showed.

Bond Connect, the mutual bond market access programme between Hong Kong and mainland China has also been a driver of the Chinese bond market for international investors.

The programme was partially launched in January, allowing overseas investors to buy Chinese bonds, although the southbound trading for mainland investors to buy offshore bonds has not opened yet.

“I think the stock connect and bond connect have been great facilities of giving global investors access to the China market. So it's been a key driver of that. But what you're seeing is a continued appetite for these assets, as the indices continue to be balanced to include Chinese bonds,” said Babloo Sarin, State Street’s head of asset owners and official institutions for Asia Pacific, based on feedback from their global client base. “The key focus for asset owners continues to be delivering the best investment returns for members… As the indices continue to rebalance towards Chinese bonds, they want to be part of that.”

According to a fixed income report published by State Street Global Advisors on July 21, a total of 27% of 358 institutional investors across North America, Europe and Asia Pacific, say they are already prioritising the development of dedicated fixed income exposure for China over the next three years.

About 82% of the respondents are pension funds, with 4% of sovereign wealth funds. The research found that investors with the highest AUM are more likely to develop a China fixed income exposure.

27% of institutional investors say they are prioritising development of a dedicated fixed income exposure for China over the next three years. Source: State Street (Click for full view)

Read our previous story and stay tuned for the upcoming pieces in this series which will provide in-depth coverage on China high-yields, ESG bonds, and asset owners' shift towards riskier asset classes.

ESG in sovereign bonds: treading the thin line between engagement and politics

Engagement with sovereigns ensuring bond investments are environmental, social, and governance (ESG)-compliant doesn’t have to be politically sensitive - but you need to be careful.
Asset Owners
Natalie Koh

This month, AsianInvestor is running a series of stories on the decisions driving the choices of institutional investors as 10-year US treasuries drop further below zero.
Asset Owners
Twinkle Zhou