Australian sovereign wealth fund, the Future Fund has appointed Toby Johnston to the role of chief economist. He will assume the position from January 27.

In this newly created role, Johnston will be based in Melbourne and focus on providing strategic advice, analysis and insights on relevant global macro-economic issues and opportunities to the fund. He will report directly to chief investment officer Sue Brake.

Johnston was appointed following an extensive global search process and will lead the fund’s economics team. He joins the Future Fund directly from Wellington Management, where he held the role of global macro strategist for over 17 years and based in Boston.

Wellington has been contacted for comment about his replacement. Seasoned investment technology director of Credit Suisse Lawrence Beck has joined GIC this month as managing director and director of the technology group, according to his LinkedIn profile.

Beck is now based in Singapore. Prior to GIC, he was the managing director and head of investment banking technology for Asia Pacific with Credit Suisse in Hong Kong since 2010. Before that, he spent 17 years at Morgan Stanley.

GIC and Credit Suisse did not respond to AsianInvestor’s request for comments by press time. 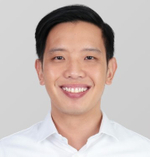 The Monetary Authority of Singapore (MAS), the state's central bank and regulator has announced the appointment of Alvin Tan Sheng Hui and Ng Wai King to its board of directors.

Tan and NG will join the 13-member board chaired by Tharman Shanmugaratnam, senior minister and coordinating minister for Social Policies.

Tan is minister of state at the Ministry of Trade and Industry and Ministry of Culture, Community and Youth. Prior to joining the government in September 2020, Tan held leadership roles across the Asia Pacific region at LinkedIn, Facebook and Goldman Sachs. SoftBank Group’s venture capital fund Vision Fund has promoted four investors to its managing partner team, covering markets across India, China, and the US. This includes Lydia Jett, who becomes the fund’s first female member in the top management team, the firm announced on Wednesday.

The Vision Fund now runs with 13 managing partners with the additions, operating under the leadership of CEO Rajeev Misra, director and chairman Ron Fisher, and SoftBank Group’s CEO and chairman Masayoshi Son. Based in California, Jett is promoted to managing partner for Americas. Joining SoftBank in 2015, she now leads a US consumer internet sector team and has helped build SoftBank’s e-commerce investing practice into a global franchise. She serves on the board of Korean e-commerce platform Coupang.

Dennis Chang is now a managing partner to help scale Vision Fund’s China practice, lead investments, and manage some of its largest positions, including workout platform Keep. With over 14 years of investing experience, Chang joined the fund in 2019 from Goldman Sachs and is based in Hong Kong.

Sumer Juneja, who’s based in Mumbai as head of India and has helped set up Vision Fund’s India office, is also promoted as managing partner. He joined in late 2018. Other promotion includes Vikas Parekh. Parekh is based in San Francisco, where he helps lead enterprise investing in Silicon Valley. Both Leung and Jeffrey are based in Hong Kong. Leung reports to Barbara Marder, Mercer’s global wealth product leader while Jeffrey reports to Eamonn Liddy, international head of client experience, investment solutions at the firm.

Leung replaced Tom Curtis, who led the MFW initiative for two years in Asia and recently moved back to Mercer’s UK office. She was previously managing director and head of Greater China at asset management firm Ninety One, and Jeffrey was an investment director at Wills Towers Watson (WTW).

A spokesperson from WTW told AsianInvestor that Kevin Jeffrey left in October and there will not be a direct replacement for him. HAITONG INTERNATIONAL AM APPOINTS HEAD OF INVESTMENT STRATEGY FROM UBS

Based in Hong Kong, Chen started the new role on Monday (November 22) and reports to Shengzu Wang, global head of asset management at Haitong International, the firm told AsianInvestor. It declined to comment on whether Chen’s role is newly created or a replacement.

Chen has over 10 years of experience in the financial and investment industry. Prior to Haitong International, he was most recently the executive director at the UBS Global Wealth Management Chief Investment Office. 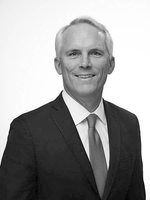 Brindley will assume the newly-created role in Singapore and will report to Stuart Crow, CEO of capital markets for Asia Pacific at the firm.

He will cross to Asia Pacific from JLL’s US Capital Markets business, where he is currently senior managing director and co-head of the Los Angeles office of JLL Capital Markets, Americas.

Brindley joined JLL in 2019 and brings more than 25 years of experience in commercial real estate finance to his new role. Niklasson joins the firm from Ninety One, where she was most recently global head of sustainability. She will also join the Newton executive committee and will manage a team of 19 responsible investment specialists.

Ninety one is actively recruiting for her replacement, a spokesperson told AsianInvestor. Recently, Ninety One announced the appointment of Nazmeera Moola as chief sustainability officer under a newly created role.