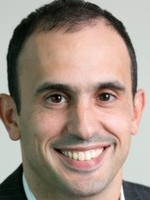 Based in Auckland, Sosa will lead the portfolio investment team and drive the fund’s tactical credit opportunities mandate, a strategy under its global fixed income portfolio. He reports to Crosby.

Sosa joined NZ Super in 2008 and has held various roles across the finance, risk, strategy, and portfolio investments divisions. His latest title with the firm was portfolio manager for credit and regulatory capital transaction investments. A search for this role has commenced to fill the vacancy.

Prior to his role at the NZ Super, Sosa held various finance roles at Unilever Argentina including supply chain finance, marketing finance and treasury.

Troy Rieck, the chief investment officer of two years at LGIAsuper will be departing the fund at the end of the year, the Financial Standard reported.

A spokesperson told the publication that the fund was “well advanced” in the process of recruiting a new chief investment officer and the change came as the fund re-examines its investment approach and team structure as it grows through mergers.

Rieck joined the fund in 2019 and maintained his position as CIO through its merger with Energy Super earlier this year. The merged superannuation entity will grow further with its integration with Suncorp Wealth, which will be completed in April 2022, creating a A$30 billion fund.

Before joining LGIAsuper, Rieck was executive officer for investments at Equipsuper and held executive positions at Suncorp Group and QIC before that.

The Australian Financial Review reported that portfolio manager Ross Enders will also leave by the end of the year and that three analysts have already left the team, namely Ian Cannon, Michael McNee and Matthew Freeman. Anand is the CIO for Asia Pacific at Fidelity International, a role he has held while based in Singapore since 2018. He joined Fidelity in 2012 as CIO for equities in Europe.

He replaces Matthew Beesley, who joined Artemis 18 months ago and is moving to join Jupiter in January, replacing Stephen Pearson who will be retiring.

Anand is also a member of Fidelity’s global operating committee, leads the group’s strategy on sustainability and is the global sponsor for cultural diversity. Doegar joins the company after 17 years with DBS Bank, where he most recently held the position of managing director and head of the digital payments group. He was also a founding member of DBS Group’s Digital Bank in India and Indonesia.

In his new role, Doegar will be responsible for developing and executing the strategy to take expand the  Singapore-based business throughout the region.

“This is a rare opportunity, to take a homegrown financial wellbeing platform, which operates across investments and insurance, build a technology focused strategy, and find a better way to serve investors and the entire financial ecosystem. It is simply a challenge I could not resist,” said Doegar in an official statement. Willis Towers Watson has expanded its Australian investments team with three new hires and the relocation of a team member from the consultant's UK retirement practice.

Ellie Boston joins the firm's strategic advisory team as a director. Currently based in London, Boston has been with WTW for 13 years and will relocate to Sydney for the position. Ksenia Zaychuk has been appointed senior associate for the Australian client consulting team. Zaychuk joins from Morningstar where she previously worked as a manager research analyst.

Edward Huynh joins the equity research team, based in Sydney. He also joins from Morningstar where he was a research analyst responsible for manager research across equities, listed real assets, fixed income and multi-asset strategies.

Aviva Investors has announced the appointment of Ben Sanderson as its new managing director for real estate, effective from January. Sanderson will be responsible for Aviva’s direct real estate business. He will join the real assets senior leadership team and report to Daniel McHugh, chief investment officer for real assets.

Sanderson will join the Aviva Investors after 13 years at Federated Hermes, where he most recently held the role of executive director of fund management.

Prior to that, Sanderson was at M&G Real Estate where he held the position of fund manager for the global real estate securities fund. He is also the current Chair of the UK Investment Property Forum.

In addition to Sanderson, Aviva Investors has also appointed James Stevens to the new role of head of real estate investment. Stevens has led the real estate business on an interim basis since February 2021, and will take up the new role in January, reporting to Sanderson. UBS Asset Management’s Ross Dilkes, the lead manager for the Asia credit portfolio, will be leaving the firm on January 20. Based in Singapore, he has been with UBS for 16 years.

Briscoe will take over Dilkes' position as lead manager until a successor is found.

The fund is reportedly among the top holders of embattled Evergrande's offshore debt. The firm, the world's most indebted, with $300 billion owed, has been teetering on the edge of default. Based in Singapore, Aw reports to Ankit Khandelwal, chief investment officer at the firm. A spokesperson told AsianInvestor that the role is newly created within the team of seven.

Aw joins Maitri from HSBC, where he worked as a private banking investment specialist. His career to date spans stints at financial institutions including Schroders, ING and Bank of America Merrill Lynch. In this newly created role, he will be based in Singapore and will report to Frederic Cabay, MUFG’s global co-head of financial institutions.

The Japanese bank aims to boost its coverage strategy with the new hire of Weehuizen, and he will be responsible for building out MUFG’s funds and financial sponsors business in the region.

Weehuizen was most recently at ING where he held the position of head of non-bank financial institutions and FI sector lending for Asia Pacific. He has over 18 years of banking experience and first joined ING in 2003 in Europe before moving to Asia in 2006. Nikko Asset Management appointed Natalia Rajewska as a global ESG specialist based in Singapore, who joined the firm on November 8.

Rajewska joins the firm from ING where she was vice president for sustainable finance. Under this newly created role, she reports to Robert Mann, head of Asian equity and Liang Choon Koh, head of Asian fixed income.

ING did not response to emailed questions on her replacement. Previously, Moola was deputy managing director and head of South African investments at Ninety One. She joined the firm in 2013 from Macquarie First South, where she was head of macroeconomic strategy.

A spokesperson told AsianInvestor that her existing investment leadership responsibilities will be shared by co-CIOs Mimi Ferrini and John McNab and investment heads.