Kiran Singh has been hired as Rest Super's head of listed assets in Melbourne, while Sonia Bluzmanis was appointed as head of global equities in Sydney. Both start in these newly created roles at the end of May.

Singh joins from industry fund Cbus where he was the head of equities strategy. He reports to chief investment officer (CIO) Andrew Lill and is responsible for Rest’s internally and externally-managed equity and fixed income assets.

He will also chair the investment selection sub-committee, which is responsible for portfolio construction in equities and fixed income, and be a member of the management investment committee.

Bluzmanis will report to Singh and manage Rest’s global equities asset class, the fund’s largest asset class by funds under management. She joins from BT Investment Group where she was senior portfolio manager of global equities. In addition, Trevor Evans, group executive of people, finance and change, will retire from Rest Super later this year after a seven-year stint. He will be replaced by two people: Amy Murrell, as general manager of people and culture, and a yet-to-be-announced chief financial officer who will lead Rest’s finance function. Both will be based in Sydney.

Murrell joins in May and will report to Jeremy Hubbard, group executive of innovation and transformation. She prevoiusly held the same position at insurer Resolution Life Australasia, and previously spent a decade at AMP Group.

A spokesperson said an announcement would be made over Rest's new CFO in the near future. Togethr Trustees, which manages Equip’s joint venture with Catholic Super, has appointed Darren Rosario to become acting chief investment officer (CIO) after Anna Shelley leaves her post to become the CIO of AMP Australia. Shelley will leave the fund in July and will be based in Melbourne in her new role (see next story below for more details).

"From July, the Togethr Trustees investment team will be led by Darren Rosario, who will be acting CIO until a permanent replacement is finalised. We will be considering both internal and external candidates for the CIO post," a spokesperson from Togethr Trustees said.

Rosario will continue to be based in Melbourne when he takes up the position from July 1. He is currently head of portfolio management at Equip and Catholic Super and is a member of the fund's senior leadership team, the spokesperson said.

He joined Equip Super from Macquarie Bank in 2004, where he worked as an adviser to the treasury and commodities group.

Among them are Anna Shelley, who is joining as CIO from Equip and Catholic Super; Matt Lawler, who will join as managing director of advice from advisory business Wealth Market where he is chief executive; and Jason Sommer, director of transformation and investments, who will join from Sunsuper where he is chief financial officer. All three will commence their roles in July.

Shelley replaces Debbie Alliston, who is retiring as CIO at AMP Capital, the investment management arm of AMP, according to a spokesperson. The role has been transferred from AMP Capital into AMP Australia, the spokesperson said, adding that AMP Australia's former CIO, Lakshman Anantakrishnan, left earlier this year.

Lawler replaces David Akers, who has been with the company for eight years and will continue leading the advice business until Lawler's arrival in July.

Sommer's role is new. It combines responsibilities previously led by Sean O’Malley, who has been appointed managing director of AMP Bank, and with duties for the operations of the multi-asset group being transferred into AMP Australia from AMP Capital.

A Sunsuper spokesperson confirmed that Sommer had tendered his resignation and that Shane Channells, head of finance and enterprise insights has been appoined as acting CFO. The spokesperson declined to comment on when Sommer would leave.

AMP also internally confirmed Ilaine Anderson as director of super and retirement, and Sean O’Malley as managing director at AMP Bank. Both had previously been in the positions in acting capacities. In addition, Edwina Maloney, director of platforms, joined from AMP Capital. In this newly created role, Macdonald will lead State Street's engagement strategy for asset manager clients in Asia Pacific, including strategic direction, solutions structuring and will be responsible for the overall growth of the segment.

A spokeswoman told AsianInvestor that Milrod and Tahiri shared the responsibilities of the role before Macdonald’s appointment. A spokesman from KPMG confirmed his departure, but declined to comment on his replacement.

BlackRock, the world's largest fund manager by assets under management, has received a licence in China for a majority-owned wealth management venture, expanding its footprint in the country's fast-growing asset management market.

It said on Wednesday (May 12) that its wealth management venture, formed with a unit of China Construction Bank Corp, and Singapore state investor Temasek, can now start business. BlackRock will "support China in building a sustainable ecosystem for investing," chairman and chief executive Larry Fink said in the statement.

BlackRock declined to provide more details on its hiring plan and the current size of its wealth management team in the country. Boston-headquartered investment management firm Fidelity International appointed Gabriel Wilson-Otto as director of sustainable investing, based in Hong Kong. His appointment is effective May 10.

A spokesperson confirmed the role is newly created and said it was part of the steady growth of its sustainable investing team, as the firm expands its ESG capabilities and integration.

Wilson-Otto reports to Jenn-Hui Tan, global head of stewardship and sustainable investing, who is based in Singapore.

He was most recently global head of sustainability research at BNP Paribas Asset Management, and was previously an executive director at Goldman Sachs’ global investment research division.

Allianz Real Estate appointed of Daisuke Noguchi as head of acquisitions for Japan, following the earlier hire of Dean Kwon as its head of finance for the region.

Noguchi, who joined on May 1, is based in Tokyo and reports to Danny Phuan, Singapore-based head of acquisitions for Asia Pacific. A spokeswoman confirmed Noguchi is joining in a newly created role to expand Allianz Real Estate’s Japan footprint.

Prior to joining Allianz, Noguchi he was the head of Japan real estate acquisitions at JP Morgan Asset Management. Over the past two decades has also worked for Mitsubishi Corp, GE Real Estate, SMBC Nikko Securities and Sumitomo Mitsui Trust Bank.

A spokesperson of CVC told AsianInvestor Rhee will start on July 1. He will be based in Seoul and report to managing partner Eugene Suh, who is based in Hong Kong. Rhee is replacing Chung Myung-hoon, who has just moved to become chief executive at Yeogi Eottae, a hotel, and mobile-ticket booking platform that is one of CVC's investee companies.

Rhee previously worked as a senior consultant at PwC and an executive director of UBS Investment Bank previously.

Greg Lapham was appointed as head of investment, Australia, replacing Lee Tredwell, who is no longer with the firm. Lapham reports to CEO Alex Jeffery. He had previously been chief investment officer of BlackRock’s Asia Pacific real estate business, based in Hong Kong.

Lapham, who will lead Savills' newly appointed four-strong investment team in Sydney, has over 30 years’ experience in real estate investment and advisory. He recently returned to Australia after spending a decade working in Hong Kong.

Alvarez & Marsal (A&M) has named Tod Macri as senior advisor for its restructuring & turnaround practice, based in Hong Kong.

Relocating from the US to Hong Kong, Macri brings more than three decades of experience in restructurings and turnarounds globally.

A spokesman told that this is a newly-created role. Macri reports to Ron Thompson, managing director of A&M Asia and head of Asia’s restructuring & turnaround practice. 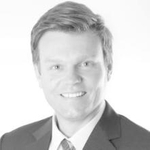 Martin Orro joined from S&P Global Market Intelligence, where he had been responsible for the commercial strategy for the region for the last seven years. Orro joined at the end of last year and Saleeba joined in May. FTSE Russell declined to comment on the predecessor at Orro’s position.

A spokesperson for LSEG told AsianInvestor that Orro is based in Sydney while Jo is based in Melbourne, with both having coverage of all client locations.
This article has been updated with additional information to the Savills appointments.
¬ Haymarket Media Limited. All rights reserved.
Advertisement
Was this article helpful?
Share our publication on social media
facebook
twitter
linkedin
Advertisement