Based in Shanghai, Tam reports to Mabel Cho, head of Asia. He will initially focus on the completion of the licence registration and the launch of a qualified domestic limited partnership (QDLP) fund.

He joined Aegon in March 2019 as Hong Kong-based sales director for China. Prior to this, he was vice president of China institutional and retail business at US fund house Neuberger Berman in Shanghai.

Aegon had established the Wfoe in July 2020 and is now preparing to apply for a private fund management licence that would allow it to raise funds domestically and sell them to Chinese institutional and wealthy investors. Based in Jakarta, Afifa (who, like some Indonesians, has only one name) succeeds Legowo Kusumonegoro, who became an adviser to the company following his retirement in August 2020.

Having joined Manulife AM in 2011, Afifa assumed the interim president director role in August 2020, Before that, she was chief distribution officer, heading the institutional sales, partnership distribution, digital and wealth specialist teams. Allianz Global Investors has named six specialists based around Asia including Hong Kong, to support what the fund house has named its "risklab", a laboratory that conducts research in financial risk management. The fund manager's risk lab team is around 60-strong in total.

The appointments reflect the fact that an increasing number of institutional clients in Asia Pacific are either looking for a second opinion on financial risk or under-resourced to do so, a spokeswoman told AsianInvestor.

The firm declined to provide more details on the new hires, such as their names, where they are based or their previous roles. Based in Hong Kong, he reports to Kyle Shaw, founder and managing partner. The role is newly created in line with the firm’s desire to tap buyout opportunities in the mid-market space, a spokeswoman said.

DeMand will help expand investment opportunities and manage portfolio companies, according to an announcement. The firm has been investing in mid-market manufacturing, industrial and service  companies in Asia since its inception.

Before joining ShawKwei, DeMand had been chief executive of Hong Kong-based manufacturing firm Cosmo until 2019. He left to join the boards of several industrial companies in the US and Asia but was not engaged in any other roles, said the spokeswoman. DeMand remains a board director for those companies following his appointment at ShawKwei. 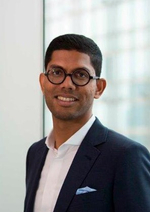 Rasheed had left PNB in June last year after just nine months in the role following disagreements with the government. He has since been an adviser to family offices.

Rasheed replaces Robin Tan Yeong Ching, who has been named executive deputy chairman. The appointment makes him the first CEO not from the Tan family since the company’s inception in 1984.

Prior to joining PNB, Rasheed was Singapore CEO and head of Southeast Asia at US fund house Invesco between 2013 and 2019, and before that worked for Aberdeen Asset Management in Malaysia, most recently as CEO of Aberdeen Islamic Asset Management.

Berjaya's share price soared 17% on Wednesday (March 17) on news of his appointment. Henry Zhang joined Lombard Odier Investment management (LOIM) on March 4 in a new role as a Hong Kong-based portfolio manager with responsibility for the firm’s China high conviction strategy. He was most recently a portfolio manager at Harvest Global Investments.

Ashley Chung joined LOIM in Singapore on January 4 as an analyst and junior portfolio manager. She was most recently an analyst at Schroder Investment Management and prior to that an investment analyst at Harvest Global. She replaces Roxy Wong, who left LOIM in 2020, a spokesman said. Faye Gao was appointed on March 5 as an analyst focused on financials in Hong Kong. Most recently she was an investment analyst at Harvest Global Investments and before that a senior research analyst at Sanford C. Bernstein. Her role partly replaces the remit of Zhikai Chen, who left last year, said the spokesman.

Harvest Global did not respond to request for comments. A spokesman for Schroders declined to comment.

Rob Coombe has been appointed as executive chairman-elect of Colonial First State, to be made effective after the completion of sale of 55% of the organisation to private equity company KKR. The remaining 45% will be retained by existing owner Commonwealth Bank (CBA).

The sale is expected to be completed within the first half of 2021, a spokesman told AsianInvestor.

As executive chairman, Coombe will continue to be based in Sydney and lead the business and “oversee a programme of significant investment by CBA and KKR” to improve competitiveness of Colonial First State, according to a company statement.

Coombe is currently the chair of pooled investor fund Generation Development Group and quant trading firm Tibra Capital, as well as an independent director of CIMB Group. He was also the chairman of MLC Wealth. 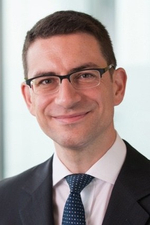 Having set up the Hong Kong office in 2019, Outset is building out the  business there, founder Raymond McCabe told AsianInvestor.

Rogers brings the Hong Kong team up to four and is now the most senior executive in Asia. He reports to McCabe and partner Adam Bandeen, both based in London.

Rogers was previously running 23rd Parallel Consulting, a company he set up after leaving SSGA in March last year after three years with the asset manager.

Before that, he worked on Fidelity Management & Research's Asian trading desk and prior to that in sales trading for various banks. King replaces Philip Wong, who is understood to have retired from the role.

This article was updated with the feedback and comments of a Lombard Odier Investment Management spokesman.