China Life Insurance’s on Thursday has named vice chairman and president Yuan Changqing as the acting chairman, effective immediately until a new chairman is named, the Chinese life insurer said in a statement.

The move came just days after China’s top anti-corruption agency announced an investigation on chairman Wang Bin on suspicion of “serious violations of discipline and law” on Saturday.

Yuan joined China Life, one of the country’s largest life insurers, in May 2017 as president. Prior to China Life, he held several senior positions at China Everbright since 2008. Barton was appointed to the newly created position in December after four years with Club Plus Super where he held the same position. He will be based in Sydney.

Prior to that, Barton was briefly the chief financial officer at Alpha Vista financial services, following three years as COO at Australian Ethical. He has held positions as head of fund accounting at Scandia and Schroders, as well as a six-year stint as vice president at State Street.

Coinciding with his departure, Club Plus officially merged with AustralianSuper on 1 December 2021. Following the merger, AustralianSuper now has $230 billion in funds under management. Former Allianz Asia Pacific CEO George Sartorel has joined Prudential as a non-executive director, with effect from Friday (January 14), to bring in his extensive experience in China and Southeast Asia, as well as in digital transformation, Prudential announced on Friday.

"The appointment of George Sartorel is part of the normal succession planning activities for the Board of Prudential plc. He is based in Sydney, Australia," a spokesperson told AsianInvestor.

Prudential’s board of directors consists of 15 members.

Sartorel has 40 years of experience in international insurance and led the digital transformation during his time with the Allianz Group. He was most recently the regional CEO of Allianz’s Asia Pacific business from 2014 to 2019. He also served as a member of the Monetary Authority of Singapore’s financial centre advisory panel from 2015 to 2019. 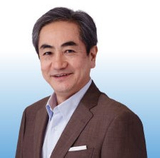 Meanwhile, it will appoint senior executive officer Masahiro Kihara as its chief executive officer who will take office on April 1, Nikkei and Bloomberg reported on Monday (January10), citing industry sources.

Kihara is succeeding incumbent CEO Tatsufumi Sakai, who announced his exit in November after persistent technical disruptions in the banking system prompted a business improvement order from regulators.

Both Imai and Kihara’s promotions will be announced at Jan 17 board meeting. A spokesperson of Tokyo-based Mizuho told AsianInvestor that nothing has been decided.

Imai currently heads the bank’s corporate banking and global banking operations. He joined one of the group’s forerunner banks in 1986 and was named deputy head of Mizuho Financial last year. 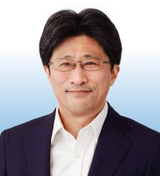 Kihara is a senior executive officer and head of the global products unit. Since joining Mizuho in 1989, Kihara has had stints in areas including risk management and finance. He is the older brother of Seiji Kihara, Japan’s deputy chief cabinet secretary and a close aide of Prime Minister Fumio Kishida.

Chow has updated his LinkedIn profile to show his departure. Based in Hong Kong, he joined the joint venture of China Life Insurance and Franklin Templeton in Hong Kong in October 2018, and oversaw the firm’s product development, information technology, operations, risk management, compliance, and middle-office coordination. Before China Life Franklin, he was the CEO of PINS Asset Management for over a year.

The CIO and deputy CEO roles are still vacant at the moment, AsianInvestor learnt. China Life Franklin did not respond to requests for comments. Willis Towers Watson hired Kameswara Natakusumah as head of Indonesia and head of risk and broking.

He succeeds Luke Ware, who became head of corporate risk and broking for Asia in October, the UK insurance brokerage and consulting firm says in a statement on January 7.

Based in Jakarta, Natakusumah joins the firm from the Indonesian unit of US risk management firm Marsh, where he was a senior technical adviser. He has also worked at several local technology startups in recent years, including PT Lifepal Technologies Indonesia.

Based in Singapore, Kopitsis will focus on increasing awareness and distribution of PineBridge’s investment capabilities to private banks and distribution platforms in the region. He has started on Jan 3 and reports to Klaus Schuster, Europe, the Middle East and Africa (EMEA) CEO, who leads the firm’s global wealth strategy, the firm told AsianInvestor. Kopitsis was most recently head of intermediary distribution Asia ex-Japan, and Singapore country head for BNY Mellon Investment Management. He joined the firm in 2016 and left in April 2021.

AsianInvestor reported in March and July last year that BNY Mellon IM had split the role of Asia ex-Japan head of intermediary distribution and made several appointments in a reshuffle following the departure of Kopitsis.

Manulife Investment Management has hired Marc Franklin as its managing director and senior portfolio manager for asset allocation according to an official announcement on January 12. Franklin will be based in Hong Kong and report to Luke Browne, the senior managing director and head of asset allocation in Asia.  With this latest hire, Manulife IM’s multi-asset solutions team expands to a total of 10 solutions professionals in Asia and a global franchise of over 55, making it one of the largest in the region.

Leveraging his experience across outcome-oriented strategies, Franklin’s primary focus in his new role will be the management of cross-asset class portfolios and solutions tailored to client outcomes including benchmark relative, peer relative, risk managed and total return strategies.

Franklin has 14 years of investment industry experience, and most recently held the position of head of flexible multi-assets for NN Investment Partners in the Netherlands.

JLL appointed Pamela Siow as its head of logistics and industrial capital markets in Singapore, according to a statement on January 6.

She will also help to generate platform and asset level transactions and serve as an ambassador for clients in the logistics and industrial sector, the announcement said.

Korea Federation of SMEs (KBIZ) has appointed Jeong Yoon-mo as executive vice chairman under a two-year term starting Jan 1 to replace Suh Seung-won, whose two-year term ended in December, the group said in a statement on December 31.

Based in Seoul, Jeong was previously chairman of the Korea Credit Technology Guarantee Fund, a quasi-government body that provides financing to local technology startups, according to Asia Asset Management.

KBIZ is a non-governmental organization that protects the interest and improve the economic status of 6.6 million Korean SMEs. It runs a mutual aid fund and an asset management division.

KBIZ couldn’t be reached for more details of the appointment.

Schroders appointed Tim Goodman to the role of head of corporate governance, according to the firm’s announcement on January 7.

Goodman brings with him 29 years of experience across the Environmental, Sustainability and Governance (ESG), as well as the responsible investor and corporate communities sectors more broadly. He will be based at Schroders head office in London.

Prior to joining Schroders, Tim spent 14 years at Federated Hermes, including most recently as director of engagement where he focused on the energy, technology, consumer goods and retail sectors. He also previously worked in the insurance industry and held various senior management roles before becoming a company secretary at the UK-listed Domestic & General Group.