She had joined from US fund house Legg Mason in February 2019 to help clients manage investments and construct portfolios.

AsianInvestor could not ascertain Ho's next move.

The new position is an expansion of Pratt's previous role of head of strategic partnerships, a spokewoman told AsianInvestor.

"Her new general manager role has additional responsibilities including management of the actuarial function and management of relationships with key external stakeholders such as treasury and other employers," the spokeswoman said.

Reporting to chief investment officer Charles Wu, she is primarily responsible for ensuring State Super achieves its asset-liability management objectives and providing input on funding policies and plans alongside Wu.

Pratt has been with the superannuation fund since 2017 and is a member of State Super’s Executive Team and the management investment committee.

Before joining State Super, Pratt was head of institutional for Australia and New Zealand at Franklin Templeton Investments. She has also held a range of senior superannuation and consulting roles with Australian bank NAB, asset manager MLC and property and infrastructure firm LendLease.

The Carlyle Group has hired its first head of Asia investor relations for global credit, a role created to tap the large and growing appetite for private debt investments. Tracy Lau took up the post in Hong Kong last week as the first dedicated fundraiser in the region for credit strategies at the Washington, DC-based $230 billion alternative asset manager. She reports to Nathan Urquhart, New York-based global head of investor relations at Carlyle.

Lau previously ran institutional distribution for Greater China and Southeast Asia at Barings, a fund house owned by US insurer MassMutual. Before her near-10-year stint there, she worked for BlackRock. She declined to comment when contacted by AsianInvestor.

An more detailed version of this story can be found by clicking here. 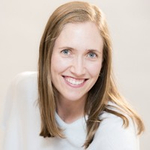 Young joined Bayshore in January 2011 as an investment consultant. According to her LinkedIn profile, she is based in California. It is unclear whether she will relocate to Singapore for the position. Bayshore could not be reached for comment.

The new office is known as North Bayshore and held under holdings company Parachute Capital.

PING AN AM NAMES NEW CHAIRMAN AND CEO

Wan joined Ping An in 1993 and has held various positions, including as senior general manager of Ping An Futures.

The company didn’t respond to emailed questions about whether Huang would be replaced or what Wan would be doing next. 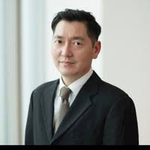 Kim Yong-Duk
PGIM Fixed Income appointed a new client advisor for South Korea, effective January 4. Yong Duk Kim joins as vice president of client advisory, a newly created role, and will lead institutional sales and client relations in South Korea. He reports to Helen Chang, head of client advisory for Asia Pacific ex-Japan. They are both based in Hong Kong.

Kim was most recently director of institutional client coverage for Korea at UBS Asset Management in Hong Kong and prior to that held positions at Daehan Investment Trust Management and Shinyoung Securities, focused on South Korea.

Sources familiar with Kim's departure from UBS said there were no immediate plans to replace him. His resposibilities will be distributed amongst the existing team. 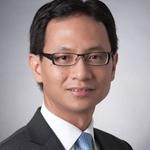 Chung Tak-Wai announced his departure from Swedish private equity firm EQT, according to media reports. He joined the firm as partner in 2009 in Hong Kong, relocating to Singapore in 2015.

A spokesman declined to comment on the reasons for Chung's departure and the firm’s plans to replace him.

Last week, EQT announced it is to open a new office in Tokyo to build out its private equity business in the region, with the expectation of introducing other investment strategies later. EQT’s head of private equity for Asia Pacific, Simon Griffiths, is due to move to Singapore from Stockholm once travel restrictions ease, the spokesman said.

Schroders named Tim Hallam as portfolio manager on January 13 to expand its Australian private debt team. He reports to Nicole Kidd, who joined the UK fund house in September as its first head of private debt for Australia. Both are based in Sydney, a spokesman said.

HSBC has set up a new private banking business in Thailand and appointed Saranya Arunsilp as its head. She had joined in the bank May 2020 to help set up the business, a spokeswoman for HSBC said. Arunsilp reports to Kelvin Tan, chief executive of HSBC Thailand, and to Thailand desk head Paul Handley, who sits in Singapore. She will lead a local team of relationship managers and investment counsellors. The same spokesperson for HSBC declined to comment on the size of the team.

This marks the bank’s second private banking business in Southeast Asia after Singapore.

Arunsilp was previously deputy managing director of private banking at Bangkok-based Kasikornbank. Kasikornbank did not respond to requests for a media contact.

A spokeman told AsianInvestor that Chan had been added to oversee the new team, but declined to clarify who had been looking after wealthy clients there previously or why a new team was needed now. The firm also declined to provide further hiring plans for the sales team.

Chan started in the post on December 30 and reports to Iggy Chong, Hong Kong-based head of private banking for Greater China.

Chan joined RBC WM from Bank of Singapore, where he was a senior relationship manager. His had also worked for Swiss firm Union Bancaire Privée and Chinese bank ICBC.

A spokesman told AsianInvestor that the new role had been created to support RBC’s growing client base in Greater China. RBC WM hired 17 new relationship managers in Asia in 2020, he added. HSBC has set up a new Greater Bay Area office, effective February 1, which is being headed by Daniel Chan Hing-yiu. He will report to Diana Cesar, chief executive for Hong Kong at HSBC, functionally and Mark Wang, president and chief executive at HSBC China on an entity basis.

Chan, who currently heads its business and commercial banking division in Hong Kong and has worked with HSBC for 30 years, will start in his new role in March. He will relocate to mainland China’s southern Guangdong province to set up the new office. The bank has not yet decided on a city.

HSBC did not provide details of the new office or Chan’s replacement.

LGIM's Asia head exits in shakeup; $25b shifted to UK