Stafford will take on a newly created position as global head of product strategy, relocating from Hong Kong to Pimco's headquarters in Newport Beach, California. She will continue to report to chief executive Emmanuel Roman.

Previously, Kersman was Pimco's head of Latin America and the Caribbean between 2005 and 2017. Prior to joining the fund manager he worked at BBVA’s pension fund in Argentina.

Pimco has also announced that Ryan Korinke, Hong Kong-based head of hedge fund and quantitative strategies, would relocate to California in the summer. A spokeswoman said he would join the executive office as managing director and that there were no plans to replace him.

Pimco has seen other leadership role changes in the Asia region over the past year, including the departure of Asia ex-Japan head Michael Thompson and the appointment of Theresa Tan as head of South Asia clients and Singapore.

This story has been updated to indicate that there are no plans to replace Korinke at present.

A spokesman said the US real estate investment firm expected to double its total headcount of seven across its Seoul and Tokyo offices by the year end. Huffman's job title remains managing director covering business development but he will focus specifically on South Korea and Japan. He joined Hines in 2011 and relocated to Tokyo from Hong Kong in early 2020.

Joining the local teams are Lee Hyungsub as a director in the Seoul office and Sho Morita as an associate in Tokyo. The former started on January 25 and the latter in July last year. Both report to Huffman and are newly created roles.

Lee was the former head of transactions for Korea at DWS, which declined to comment on his departure.

Morita joined Hines after eight years with Hulic, one of Japan’s largest real estate companies. He resigned on June 30 last year from his last position as assistant manager of the asset management group. His assignment was absorbed among other project members under the senior manager, a Hulic spokesman said. Arnott remains in Sydney and continues to report to Jonathon Ross, head of intermediary business for Australia and New Zealand.

The spokesman said Arnott's role had been created in line with greater demand for more selective exposure and risk management by this segment, and that its responsibilities were previously covered by the Australia and New Zealand institutional distribution team.

Arnott had joined T. Rowe Price in February 2015, before which she worked for Bank Julius Baer and Merrill Lynch Wealth Management in London and Los Angeles. The open-ended strategy will launch and be led by Robert Marshall-Lee when he starts in March. “This ownership change will have no implications for our staffing, the quality and scope of service delivery, or our fees,” Somer wrote in an email. The firm advises clients such as asset managers and family offices on regulatory and compliance issues.

The move came after Complyport Limited was acquired by a Cyprus-based firm last year. The latter had then proposed renegotiating the existing arrangements between the Hong Kong operation and Complyport Limited, Somer said.

That would have resulted “in a change in the way I do business”, he added. “I didn’t think that such a change would make sense for my firm or, more importantly, my clients.” Hence Somer’s decision to repurchase Complyport’s minority shareholding.

After setting up his business under the name Corporate Support in 2004, Somer in 2013 sold a non-controlling share in the business to Complyport Limited, a London-based company with a similar business. The firm then began trading as Complyport (HK). Formerly chief executive of Hong Kong-based hedge fund DragonBack Capital, Lance had filled the role at Illio on a consultant basis since last year before joining on a full-time basis this month. he said he was currently working in Sydney but would be spending more time around the region once Covid restrictions are eased.

He reports to Illio chief executive Vanessa Gibson and chief operating officer Ken Sue, who founded the company with offices in Hong Kong and London in 2019.

Lance previously worked at MCM Partners, a Hong Kong-based financial services boutique, before that was at Blue Quay Investment Management and also worked as Australia head of Ascalon Capital Managers. He also spent six years running DragonBack, a firm he founded in 2006.

Hiromi Yamaji has been named as the new president of the Tokyo Stock Exchange, effective from April 1.

He is currently president and CEO of Osaka Exchange, where he will be succeded by Moriyuki Iwanaga, senior executive vice president of Japan Securities Clearing Corp. 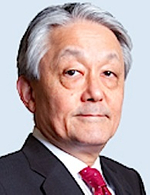 Yamaji will replace Akira Kiyota, who is currently acting president and chief executive of the exchange.

Kiyota has only been in the role since November, having taken it on after the worst outage in the bourse's history on October 1 led to the resignation of Koichiro Miyahara, a company spokesman said.