Campbell will start in January 2022. Based in Melbourne, she will be responsible for managing private assets, supporting the infrastructure, property and private equity teams in portfolio management. She joined the fund last June from AustralianSuper, where she was senior investment director for direct infrastructure investments. Also, Lisa Cuman has been appointed head of investment, legal and governance. She has started in October and reports to Nancy Day, chief operating officer, investments. Based in Sydney, Cuman replaces Nadine Hawa, who was in the acting role and is now managing legal counsel, investment legal and governance, the super fund told AsianInvestor.

Cuman was head of legal, institutional clients group at Citigroup Australia and New Zealand, until October.

Meanwhile, Steward Tan has been named as the new head of markets, asset allocation, responsible for asset allocation strategy and enhancement for Cbus’ diversified investment options. He replaces Kiran Singh, who departed in May to join Rest Super. Based in Melbourne, he commenced in November and reports to Mark Ferguson, head of total portfolio management, the fund told AsianInvestor. 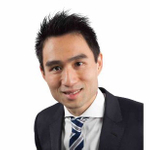 Tan joins from Victorian Funds Management Corporation (VFMC) where he was the senior portfolio manager until November. VFMC did not respond to request for comments.

Chandra joined in October and reports to Ben Alexander, who is portfolio manager of the same team. Based in Melbourne, he replaces an internal transfer to the responsible investing team, the super fund told AsianInvestor. 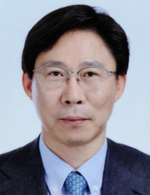 Chandra was previously an executive director and emerging companies analyst at Goldman Sachs in Melbourne until October. Goldman Sachs did not respond to request for comments.

Samsung Asset Management also held a committee meeting on the same day and named Seo Bong-gyun, head of sales and trading at Samsung Securities, as its new CEO. Their appointments will be finalised after the upcoming meetings of each company's board of directors and shareholders. Samsung's financial units will also announce a reshuffle of its lower-level executives soon.

Hong joined Samsung Fire in March 2020 after three decades with Samsung Life Insurance. Seo became Samsung Securities’ head of the sales and trading division in 2021 after heading the investment division since late 2019.

Samsung Asset Management did not respond to request for comment while Samsung Fire and Marine Insurance could not be reached. Eastspring Investments, asset management business of Prudential, has appointed Stuart Wilson to the newly created position of head of sustainability. Subject to regulatory approvals, Stuart will commence his role on January 10, 2022 and will report directly to CEO Wai-Kwong Seck.

Stuart joins Eastspring from Sunsuper, where he was the head of responsible investing. In a newly created role, Jia will report globally to Karen Wong, global head of ESG and Sustainable Investing, and regionally to Michele Barlow, head of Strategy and Research for Asia Pacific.

Based in Melbourne, Jia will work closely with clients in Asia Pacific to support the firm’s environmental, social, and governance investment strategies, and develop bespoke solutions to address ESG and performance goals.

Jia joins State Street Global Advisors from CareSuper, an industry superannuation fund in Australia, where she was an ESG specialist, leading the firm's ESG policy formation, implementation and stewardship. Prior to that, she was head of Asia for responsible investment at Mercer Investments. At Mercer, Jia advised and helped Asian institutional investors integrate ESG factors into their investment processes.

He will also assume the role of chief executive for the Europe, Middle East and Africa (EMEA) region in the interim.

De Ferrari returns to the firm after handing over the reins of wealth manager AMP to Alexis George in June this year. The Credit Suisse veteran was hired to lead AMP on in 2018 as the firm grappled with the fallout from the Hayne Royal Commission.

He brings over 24 years of experience, with 17 of those years in executive roles at Credit Suisse offices throughout the Asia Pacific and Emea regions.

His appointment is part of Credit Suisse's executive team restructuring.

Along with De Ferrari’s rehiring, investment bank chief executive Christian Meissner will assume the role of region chief for the Americas, and Philipp Wehle will become chief financial officer of the wealth management and head of client segment management, global wealth.

In addition, Helman Sitohang and André Helfenstein have been appointed as chief executives of the Asia Pacific and Switzerland regions respectively. Mark Hannam is the new head of internal audit.

From the beginning of 2022, the bank will be split into four units: wealth management, investment bank, Swiss bank and asset management across Emea, the Americas, Switzerland and Asia Pacific.

LaSalle Investment Management has promoted Simon Howard and Michael Stratton as co-heads of its Australian operations. Their appointments took effect in early December and both men will report to Keith Fujii who is based in Tokyo as head of Asia Pacific.

“We see strong interest from institutional investors to seek access and opportunities to invest in Australia and the new structure with Simon and Michael mandated is set to meet investors demands and develop and execute on a strategy to jointly grow our Australian platform,” said Fujii in an official statement on December 15.

Howard and Stratton both joined LaSalle in 2011 with the opening of the firm’s Sydney office. Prior to this appointment, Howard was head of asset management while Stratton had been head of acquisitions. They each have over 25 years’ experience across a broad range of asset classes including office, retail, industrial, hotels, retirement villages and residential.

According to the release, LaSalle —which oversees about $73 billion of assets in private equity, debt and public real estate investments — has created the new structure to better meet the institutional demand for Australia’s real estate sector and strengthen its position in the country. Drummond Capital Partners has hired Garreth Innes, who departed abrdn in May after almost a decade with the firm.

The former head of Australian fixed income at abrdn will join Drummond in February as portfolio manager for the firm's multi-asset portfolios and recently launched multi-asset hedge fund.

The boutique wealth manager has $2 billion in total client commitments.

Innes has worked in fixed income roles for 14 years, including the last 10 at abrdn (formerly Aberdeen Standard Investments). In his last role, he was responsible for the portfolios’ positioning in global rates, FX and credit.

Prior to that, he worked as an investment manager for abrdn’s Macro Credit Strategy. The firm disbanded its Australian fixed income team last year. PGIM Investments named Sashi Nambiar as managing director, head of Southeast Asia, a newly created role in which he will lead the firm’s sales and distribution efforts in key markets in the Asean region. Effective on December 16, Nambiar will be based in Singapore and report to Jessica Jones, PGIM Investments’ head of Asia.

Nambiar joins from Wellington Management, where he was managing director of global wealth. During his 20 years of experience in the asset management industry, Nambiar has held various leadership roles, covering private banks and sub-advisory markets across Asia. He was most recently with the investment manager Joint Treasure International and had left in July.