China’s Ping An Insurance is pressing ahead with adding positions in real estate and infrastructure investments, despite net profits dropping by $3.2 billion because of exposure to a troubled domestic property developer in the first half of 2021.

The Shenzhen-based insurance leader sees stable dividends and rent income from real assets as a key strategy for generating return and matching liabilities amid a continuous low-yield environment.


“We will closely watch domestic credit risks in different industries, especially real estate. We need to be cautious about liquidity and the impact on the economy,” he stressed.

Ping An is one of China’s largest property investors, with an annual budget of 50 billion yuan ($7.7 billion) for new real assets, 10% of the total it spends on new investments each year, according to Chan.

On Monday, Reuters reported that the China Banking and Insurance Regulatory Commission had opened a probe into Ping An’s investments in the property market to uncover and contain risk connected to its property investment portfolio. 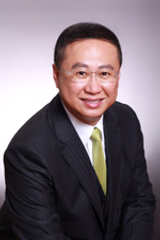 Xie stressed that Ping An invests in China’s real estate for rental income instead of land speculation.

“Real estate is an integral part of China’s economy. The allocation of a certain percentage to real estate is a very important part of our portfolio management…A continuous and stable rental income is an important strategy in assets selection.”

In late June, the company completed the largest deal in the sector so far this year, acquiring six Raffles City office properties across major cities in China from Singapore-based developer CapitaLand for $5.1 billion.

The occupancy rate of the acquired buildings is over 90%, which offer over 5.5% of rental income each year, CIO Chan noted.

“Investment yields were under pressure in the first half of 2021 due to volatile capital markets and increasing impairment provisions,” the insurer said in its interim report. Ping An Insurance Investment Portfolio as of June 30, 2021 (Click for full view)

In the first half, Ping An’s net operating profit fell 15.5% to 58 billion yuan. The impact of its 54 billion-yuan exposure to China Fortune Land Development, an industrial parks developer that defaulted on $530 billion of dollar-denominated debt in March, was a cause of the worse-than-expected profit.

By the end of June, Ping An’s new economy-related investments were about 700 billion yuan.

Also releasing its interim results last week, China Life Insurance saw its net investment return come in at 4.33% for the first half of 2021, up by 0.04% compared to the 4.29% in same period last year. Total net investment income stood at 89.8 billion yuan. The results are down to a consistent increase in long-term bonds and diversification of its fixed income portfolio, it said in the interim report released on Aug 25.

In the first half, it allocated more to government bonds with long durations by taking advantage of interest rate hikes, and selected experienced managers to invest in senior credit bonds.

At the end of June, bond investments accounted for 44.2%, rising by 2.3% from the end of 2020. The allocation to private equities and other alternative equity investments also rose to 5.8% from 5.4%.

The chair of China Life Insurance is under investigation for "serious violations of discipline and law"; Korea's National Pension Service was found to have been passive with efforts to mitigate climate change; Singapore's NTUC Income plans to spin off insurance business to new company; Temasek leads $300 million funding round alongside Qatar's SWF for Carsome Group; and more.
Sponsored Profile
Hang Seng Indexes

The challenges facing China’s economy were plain to see in 2018. But the nation’s ongoing commitment to sustainable growth means the Hang Seng China New Economy Index is one avenue investors can use to find higher returns.
Asset Owners
Shusi He

A recent survey from AsianInvestor’s Asset Owner Insights showed that China is among the top five destinations for Asian asset owners’ alternative investments in the next six to 12 months.
Asset Owners
Twinkle Zhou

The value of Chinese stocks listed in the US fell by a trillion dollars after Didi’s delisting news, signaling a bearish sentiment, but some investors eye opportunities.
Fund Managers
Twinkle Zhou