Large foreign life insurance companies expect to grab a slice of China's new private pension system as they believe the market has substantial potential to grow.

On April 21, China’s State Council officially launched the much-awaited private pension scheme, or third pillar, after a four-year trial. It hopes the scheme will unleash vast household savings and ease the burden on the national pension fund.

China analysts said the number of people could start to fall fas soon as 2025. The plan allows the country’s 1.02 billion people covered by the current national basic pension insurance scheme to open private pension accounts and make voluntary contributions of up to 12,000 yuan ($1,813) a year which will qualify for tax relief.

Compared to the trial, which started in 2018, the official system shifted from being product-based to personal account-based, while expanding the coverage to everyone in the national pension system.

The state-run pension scheme dominates China’s three-pillar pension system, with private pension assets only accounting for less than 6% in 2020. In developed countries, the proportion is much higher in favour of private assets. For example, the first pillar accounted for only 7.7% of the US pension system in 2020, while the second and third pillars accounted for 53.5% and 38.8%, according to CICC research. Chiu noted that Manulife has been active in participating in the Chinese pension financial market, including pension fund of funds (FOF) in the mutual fund space.

“If foreign asset managers can fully participate in the development of the domestic pension market, we believe that it will benefit the entire asset management industry by bringing international best practices and enhancing the industry’s professionalism,” he said.

The State Council’s announcement outlined that funds in private pension accounts can be invested in bank wealth management products, savings deposits, commercial pension insurance, and mutual funds, at the discretion of participants.

“The insurance industry, as an important player in the pension insurance system, can give full play to its professional capabilities in commercial insurance product design, long-term capital investment management, and healthcare ecosystem to seize opportunities in the private pension market,” Ping An Group told AsianInvestor. Leo Shen, head of fund management business for China at Allianz Global Investors (AllianzGI) believes if financial institutions can use their skills relating to long-term investment capabilities, including strategic asset allocation, risk management, active investment and ESG integration, they can succeed in the market. 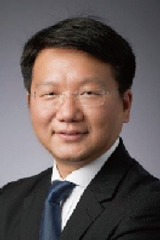 “These are exactly what foreign managers can do,” Shen said. “But whether foreign managers choose to pursue China's pension opportunity will depend on their overall China business visions, resources, strengths and preference on a joint venture model in the market. So far, we saw the current three pension entrants are all in JV model.”

One of them, CITIC-Prudential Life, offers annuity, retirement savings and long-term insurance products in China.

“As relevant authorities further establish the rules and regulations for participating in the new scheme, Prudential will continue to provide more accessible health and financial products for Chinese consumers through its life insurance and asset management companies,” Prudential’s Ng told AsianInvestor.

The authorities will pilot the scheme in designated cities for a year before expanding it gradually. They have yet to release some details  including the tax incentives mechanism, investment portfolio guidelines for pension products, and how financial service providers, especially foreign ones, can participate in the new system.

The private pension system is also believed to be able to drive the capital market development in China by improving market structure and asset quality, as retirement savings are a form of long-term capital with the largest potential volume and longest duration.

In 2020, mutual funds accounted for 45% of US private pension assets, with stock funds making up 56%, CICC data show. “It can bring in vast, long-term, and stable cash flow to China's capital market to promote the continuous maturity of the market and stimulate vitality,” said Lily Cong, chief representative of Fidelity International's Beijing representative office.

Furthermore, pension managers, as long-term financial investors, are also a key force to promote the optimisation of corporate governance structure and to ensure healthy operation of listed companies in the long run, noted Manulife IM’s Chiu.

However, pension products, with low liquidity and longer investment time horizons, are new to Chinese investors. “Therefore, we believe that distribution channel is a key to success in rolling out of the pillar three scheme in terms of investor education, product pitching and selling,” said AllianzGI’s Shen.

Chiu believes that it in the early stages it will be important for the government and regulators to consider supporting policies that can encourage participation while building confidence. For example, they could offer clear product categorisation, in particular a pool of default products that can be tied to the individual’s risk tolerance and investment horizon, he said, referring to Manulife’s experience in other retirement markets.

Another example is an “automatic enrollment mechanism” with regular instead of lump sum contributions to benefit from the principle of dollar averaging, he added.

Fidelity’s Cong agreed with Chiu that an automatic investment plan could help investors to smooth market fluctuations and enjoy long-term compounded dividends. In the US, this investment by default mechanism promotes the rapid growth of private pension assets, Cong said.

China’s advanced digital development can also contribute to the distribution of pension products and engagement of personal savers more quickly, she added.