RCEP represents a third of the world’s population, and accounts for 30% of global gross domestic product (GDP). The members plan to eliminate tariffs on 92% of products over the next decade. The pact also means greater market transparency, support for foreign investments, and enhanced regional supply chains.

Since the trade deal can facilitate China shifting its supply chain to Asean countries for lower cost bases, the latter is believed to be a big beneficiary. RCEP also provides a favorable environment for the e-commerce and industrial production sectors, among others.

This week, AsianInvestor asked fund managers how RCEP might benefit investments in Asia. In theory, trade integration does not necessitate investment integration, but in practice this does occur. Deeper trade relations via a trade agreement first increase trade flows and then promote foreign direct investment (FDI). At the core, this is where investment opportunities grow and remain most attractive.

The trade agreement such as RCEP suddenly improves margins and market access so that participating companies’ market capitalisation rises. That effect is most pronounced among private companies, but the macro dynamic supporting exporters and importers also applies to public companies, albeit to a lesser extent.

We believe that the greatest beneficiaries of RCEP will be Northeast Asian exporters, particularly in Japan and South Korea, that had not enjoyed free trade deals with each other as well as with China. In addition, Southeast Asian producers are likely to benefit from regional trade integration and increased receipts of Japanese and Korean FDI. Investment alpha can be generated by identifying which Southeast Asian companies could emerge as regional champions now that they have a larger regional market to scale into. The Asian Development Bank has estimated RCEP will boost members’ real GDP by a modest 0.4% up to 2030. We believe it will catalyse investment opportunities in multiple areas.

Although Asean nations enjoy low tariffs under bilateral free-trade agreements, RCEP will cut them further and boost regional trade. One early beneficiary could be Asean’s agriculture sector, which stands to enjoy a tariff reduction of up to 60% on exports to Japan, for instance.

Additionally, RCEP sets out a regulatory framework covering areas such as personal and cross-border data. This should offer opportunities to invest in the region’s emerging e-commerce and internet firms, highlighting their edge over Chinese tech firms facing increased regulatory scrutiny.

Lastly, the economic benefits of RCEP spell good news for the region’s banks. We anticipate that increased trade and investment flows will drive demand for financial services. Singapore may be a notable beneficiary, given its strength in this sector. We believe Asia Pacific countries will benefit from RCEP from different levels. China will be able to strengthen trade and investment linkages with other economies to retain its leading position in global supply chains. In the rest of Northeast Asia, Japan and South Korea are expected to integrate their high-tech production platforms with China’s push for a digital, cloud-based, and AI economy.

Japan’s auto industry will benefit from Chinese households’ demand for vehicles. Besides, Asean economies will benefit from the significant shift of textile and apparel industries out of China to their lower cost bases. Singapore will gain from supplying China with chemical and petroleum products, while Vietnam develops a greater focus on electronics and machinery.

In terms of sector, the partnership recognises the increasing digitalisation of trade and aims to promote e-commerce among RCEP parties. It facilities paperless trading, electronic authentication/signatures, online consumer protection, etc. Amid the pandemic, the pact provides a favorable digital trading environment for both companies and consumers in the region.

Consumers will benefit from a wider selection of products and potential lowering of selling prices among RCEP parties. This will give the retail sector a big boost. 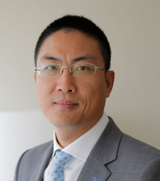 One of the key features of the RCEP is the high degree of diversity among member countries, which include some of the most advanced economies in the world (Japan, Australia, New Zealand) and some low-income countries (e.g. Cambodia, Lao and Myanmar). This would allow division of labour so that different countries can play to their comparative advantages.

The gradual elimination of tariffs and non-tariff trade barriers will also facilitate the reconfiguration of supply chains in the region. On that front, Southeast Asia will likely benefit the most as more labour-intensive industries are moving out of China, where production costs get increasingly higher.

The shifts in supply chains in the region are not necessarily negative for China. The typical practice of “China+1” by multinational companies to diversify their production facilities to some extent has increased the economic ties between China and other regional economies. The RCEP will likely strengthen such ties rather than weaken them. Beyond the planned tariff cuts, we are keeping an eye on the status of non-tariff barriers. Less-developed Asean nations may see increased imports and reduced exports as a result of RCEP, as it will be difficult for them to develop the manufacturing capacity or knowledge to compete with larger countries, like China. As the Covid-19 pandemic continues to restrict global economic growth, this new partnership looks to provide a jump-start to growth.

Covid and digitalisation will have an impact on investments in Asean markets, although in the long run, the outlook is generally positive for the region, Eastspring experts said.
Asset Owners
Joe Marsh

Investors believe the nation's multilateral cooperation objectives with Europe and Asia are mostly based on efforts to expand Beijing's political reach versus that of the US.
Fund Managers
Twinkle Zhou