All three were based in Melbourne and left the company "on or around March 1", a spokesperson told AsianInvestor.

The sovereign wealth fund plans to recruit a chief people and culture officer, Arndt said in the statement. Additionally, the statement said that the changes to the organisation’s structure bring technology and finance together under the business operations group, which is overseen by chief operating officer Gordon McKellar, who reports to Arndt.

In the interim, head of people and policy Chris Wilson has taken up the duties of chief people and culture officer and recruitment for the role will begin soon, the spokesperson said.

This section has been updated with comments from a Future Fund spokesperson. 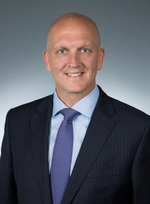 Effective immediately, Mitchell has taken up the role of managing director at Recreo Financial, which the A$11.5 billion Mine Super owns a stake in. The company runs platforms that provide administrative services to superannuation and investment firms.

Deputy CEO Vasyl Nair has been appointed acting CEO until June 30, 2022, while the board searches for a permanent replacement. Nair has been with Mine Super for five years and held its chief risk officer and chief strategy office positions.

The Australia Post Superannuation Scheme (APSS) entered into a non-binding agreement with Sunsuper to discuss the possibility of a merger.

The A$8 billion ($6.10 billion) fund has been closed to new Australia Post employees since 2012, which means membership has not grown and assets will decrease over time as retired members draw down their super. If the merger proceeds, members will transfer their accounts to a comparable product within the merged fund, and they will continue to receive APSS defined benefits.

Sunsuper, an A$80 billion fund with 1.4 million members, is already in the process of merging with QSuper, which would create a $200 billion fund – one of the largest in Australia.

China Pacific Insurance announced its assets under management amounted to Rmb2.44 trillion ($372 billion), an increase of 19.2% from the end of 2019, in its annual financial results on March 29.

The insurer said in the statement that investment will focus on improving asset allocation through economic cycles and enhancing research and risk control capabilities.

It comes two months after SHK invested $165 million in Hong Kong-based investment firms East Point Asset Management and E15 VC. The ActusRayPartners European Alpha Fund, which was launched on March 18, focuses on listed stocks in Europe across all sectors.

The United Arab Emirates will invest $10 billion in Indonesia’s new sovereign wealth fund according to the UAE’s state news agency. The new fund, known as the Indonesia Investment Authority (INA), was announced last year to crowd in foreign investment into infrastructure projects in Indonesia.

Indonesian authorities previously claimed INA had raised up to $10 billion from global institutions such as U.S. Development Finance Corporation, Japan Bank for International Cooperation, and Caisse de dépôt et placement du Québec. Indonesia is to seed the fund with $5 billion.

The UAE’s injection is the largest confirmed foreign investment in INA.

The startup, Noile-Immune Biotech, primarily develops therapies for hematological cancers. Including Noile-Immune, it has invested in 20 impact investment projects over the past four years.

The insurer had ¥39.18 trillion of total assets as of December 2020 and is at the forefront of impact investing among Japanese insurers, with investments across a range of industries such as renewable energy and microfinance.

Korea Investment Corp opened an office in San Francisco on Friday (March 26) to facilitate its efforts to boost its investments in new technologies and startups. The office, on San Francisco's Market Street, is KIC's fourth overseas base after opening in New York in 2010; London in 2011, and Singapore in 2017.

The San Francisco office will report to KIC's New York office, which is led by Shin Yongseon.

KIC and Hyundai Heavy Industries Group, the largest shipbuilder in Korea, plan to jointly invest as much as W1 trillion ($883 million) in foreign technology companies. The investments will focus on ship autopilot, fuel cell and energy systems, artificial intelligence and robotics, and digital healthcare, and will be made through mergers and acquisitions of promising startups.

The sovereign wealth fund described the co-investment pact as “a bid to step ahead in global competition for future technologies and strengthen national competitiveness”. KIC chief executive Choi Hee-nam added that it will continue to explore co-investment opportunities with local companies and financial institutions to help them expand in global markets.

State investor Khazanah Nasional said Malaysia Aviation Group (MAG), the parent company of struggling Malaysia Airlines, is not currently seeking a merger and will instead focus on executing its long-term business plan.

MAG, which Khazanah took public in 2014, also owns low-cost regional airlines FlyFirefly and MASwings, as well as MAB Engineering and MAB Kargo. Khazanah in February committed to injecting RM3.6 billion ($870 million) of new capital into MAG over the next five years as part of a wider restructuring.

According to data from Crunchbase, Califia has raised $115 million to date. Its valuation was not disclosed. Temasek’s other investments in the plant-based food space include Impossible Foods, Next Gen Foods and Eat Just.

Brii, which also has operations in the US, will use the new funds to advance the development of therapies for infectious and central nervous system diseases. It is currently conducting trials for a Covid-19 treatment. The company is reportedly considering a listing in Hong Kong this year.

According to the Hong Kong stock exchange, 23 healthcare companies raised a total of HK$98 billion ($12.6 billion) on the exchange last year.

Vertex Holdings, the venture capital arm of Temasek, is looking to raise $800 million for a third fund-of-funds (FoF) vehicle.