Global institutional investors are keen to invest in Asia Pacific real estate to capitalise on the region’s strong market fundamentals, according to a report from the Asian Association for Investors in Non-Listed Real Estate Vehicles (Anrev) published on January 13.

Some 22% of the 99 survey respondents plan to increase investment into Asia Pacific property over the next two years, while 16% and 13% intend to boost investment into property in the US and Europe, respectively.

MTAA Super and Tasplan will merge to become Spirit Super in April, managing A$23 billion ($17.7 billion) for 320,000 members and headed by MTAA Super chief Leeanne Turner.

The merger is the latest in a string of superannuation funds joining forces, including Cbus and Media Super, which is on track for completion by the end of 2021, and the A$130 billion merger of First State Super, VicSuper and WASuper to form Aware Super last year.

The three-year agreement came as a response to a spike in reports about mental ill-health during the pandemic. Superannuation fund CSC will provide funding to broaden Lifeline’s 24-hour crisis support and suicide prevention services, and promote Lifeline’s awareness, education and support services.

China’s government has transferred Rmb1.68 trillion worth of shares from state-owned enterprises into its National Social Security Fund as of end-2020, in an effort to help make up the pension shortfall as the country ages.

The China Securities Regulatory Commission has rolled out new rules to the domestic private equity industry to strengthen supervision and crack down on illegal activities.

Private equity managers will, among other things, have to bolster transparency of corporate information and formalise reporting of their fundraising activities.

The Asian Infrastructure Investment Bank aims to have renewable energy projects and other efforts to address climate change make up at least half of its financing approvals by 2025.

Since it was founded in 2016, Beijing-based AIIB has approved more than $20 billion worth of financing for over 100 projects. Last year, the bank set up a Covid 19 recovery facility, offering loans of up to $13 billion.

Hong Kong could see capital outflows of as much as HK$280 billion ($36 billion) this year and HK$588 billion over five years as residents sell pension fund assets and sell apartments to leave the city for the UK in response to China's national security law, a new report published by Bank of America said.

A British Home Office study published last year, estimated 153,300 people could arrive in the UK from Hong Kong in 2021 as the immigration changes came into effect. Their withdrawal of pension savings and selling apartments would then cause the capital outflow, estimated the Bank of America study.

Under the programme GBTC II, Godrej will be able to develop class-A office assets that will be worth more than $1.5 billion on completion. The total value of assets, including those from previous funds, will raise the portfolio to above $3 billion, APG and Godrej said in a joint release.

The platform has a strong investment pipeline and aims to deploy the newly raised capital within 12 months, it added. APG has previously partnered with Godrej.

The new SWF, announced in October 2020, seeks to address the country’s infrastructure gap and will rely heavily on investment by foreign asset owners. Late last year, the government said it had reached its target for a first tranche of $15 billion, securing commitments from Dutch pension fund manager APG, Canadian public fund CDPQ, Japan Bank for International Cooperation and the US International Development Finance Corporation, among others.

At the meeting, Widodo also told financial players that he had submitted names for the SWF’s supervisory board to parliament but further details on its governance structure remain unclear. The fund has sparked governance questions for its apparent lack of independence from the presidency.

Government Pension Investment Fund (GPIF) and other Japanese investors have come out against FTSE Russell’s plan to include China in its World Government Bond Index (WGBI), one of the most widely-used global bond benchmarks.

FTSE Russell plans to start including China in the WGBI from October 2021, pending an affirmation in March 2021. GPIF is one of the biggest users of the index and so the move puts the index provider in an awkward position.

Most of the concerns raised by Japanese investors focus on technical aspects, such as the lack of full convertibility in the Chinese renminbi and some bond liquidity and settlement issues. Some market observers reckon a historical mistrust between the two Asian nations is partly behind the apprehension. 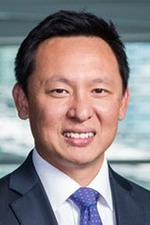 The new platform will deploy up to $400 million into logistics assets in Japan, developing and acquiring high-quality core logistics facilities, especially in urban and last-mile locations.

George Agethen, senior vice-president for Asia-Pacific at Ivanhoé Cambridge, said: “Logistics has proven to be highly resilient during this pandemic and will remain a key focus in the coming years, especially in Asia Pacific, where we are already invested in Singapore, Australia, China, India and Indonesia.”

GIC has backed European payments processing firm Checkout.com as part of a $450 million series C round led by Tiger Global Fund. The Singaporean sovereign wealth fund is a repeat investor in the startup, having contributed $230 million in its series A round in 2019 and $ 150 million in its Series B round in 2020.

Checkout.com said the new funding, which triples its valuation to $15 billion, would be used to grow its balance sheet and drive international expansion. This makes Checkout.com Europe’s most valuable unicorn (a company valued at over $1 billion).

The backing by GIC follows its investment in Indian payments solutions company Razorpay in October 2020, a deal that raised the latter’s valuation to over $1 billion.

GIC and Abu Dhabi sovereign fund Mubadala have invested in software company ThoughtWorks as part of a $720 million funding round. Fidelity Management and Research and Siemens also participated.

US-based start-up ThoughtWorks said the proceeds would be used to buy back shares from existing investors and invested in growth and international expansion.

Silicon Valley-based View announced a merger with SPAC CF Finance Acquisition Corp II in November that would allow it to become publicly listed on the US's Nasdaq index. The transaction is expected to deliver gross proceeds of $1 billion.

View’s CEO, Rao Mulpuri, said GIC’s investment would allow it to capitalise on growth opportunities in line with its mission to make buildings more sustainable and energy efficient.

The group will appoint 11 local managers for a domestic equity mandate and seven international managers for a foreign equity portfolio. Applications are open until January 25, and due diligence and manager selection are scheduled for February 4 to 21.

It also posted revenues of VND7.94 trillion, an increase of 15% over the 2019 figure, and contributed VND9.33 trillion to the state budget, 2.7 times more than forecast in its annual plan. Since 2015, SCIC has sold stakes in 253 companies and part of shares in 14 others, amounting to some VND42.1 trillion. The new fund, which looks to invest in women-led ventures – primarily in Vietnam, Indonesia and the Philippines – will be managed by US-based impact investment manager SEAF, which also manages the SEAF Women Opportunities Fund.

PBU CEO Sune Schackenfeldt said the investment aligned with its broader responsible investment strategy and focus on empowering women and promoting gender equality. The pension scheme has $18 billion in assets under management.

Australian asset manager AMP Capital and Canada’s PSP Investments have been investors in Alpha Trains – whose fleet is mostly electric – since its establishment in 2008. London-based Arcus Infrastructure Partners is also a shareholder.

British asset owners and managers are forming an alliance focused on sustainable investment in response to calls from regulators in the UK to step up the fight against climate change and promote other societal goals.

The Pensions and Lifetime Savings Association and the UK Investment Association has convened a steering group, which will address criticisms of sustainable investments, including the lack of a cohesive set of definitions, as well as data that is often considered inconsistent.