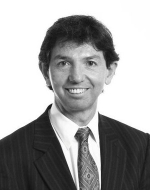 Unisuper’s chief executive Kevin O’Sullivan will step down this year after eight years in the role, once a successor has been found. Recruitment firm Egon Zehnder has been retained to that end.

O’Sullivan will be moving on to “step back and add more flexibility in my life, including spending more time with my wife", he said in a statement.

Superannuation fund Cbus has made three new appointments to its investment team “to build in-house expertise to manage larger funds under management”. 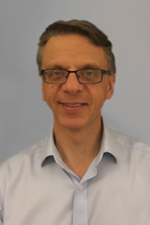 John Longo comes in as head of property from AustralianSuper, where he had been a senior investment director. He starts in mid-February.

Serge Allaire also joins in mid-February as head of private equity from MLC Asset Management, where he was responsible for the Australian, Asian and European markets. James Crawford was appointed as head of equity portfolio construction at Cbus after holding senior roles at First Sentier, AllianceBernstein and Wellington.

With co-headquarters in California and Guangzhou, Pony.ai’s recent $367 million Series C round brings its valuation to $5.3 billion. It has forged a partnership with existing investor Toyota to provide autonomous driving technology to the car maker. Citic Private Equity also participated in the latest round.

Ping An, including its banking and insurance businesses, supplied Rmb5 trillion to support the local real economy via investments and bank loans in 2020.

NDB, established by Brazil, Russia, India, China and South Africa in 2014, joins the government of India, the Asian Infrastructure Investment Bank and the Asian Development Bank as an investor in the fund of funds. The vehicle has so far raised a total of $800 million and invested in four funds across green energy, affordable housing, mid-market growth companies and affordable healthcare. Widodo also unveiled the names of the fund’s board of directors. Wirakusumah will be stepping down from Bank Permata, which he joined in December 2016.

Among the foreign investors said to have committed to the fund are the US International Development Finance Corporation, the Japan Bank for International Cooperation, Caisse de depot et placement du Québec and APG.

Indonesia may be steering clear of investments from China into its upcoming sovereign wealth fund over fears of Beijing seeking to eventually assert control over key Indonesian infrastructure. The country is absent from the list of investors into the fund.

“Although never acknowledged, there is reason to suspect that a deep-seated reason for strenuous efforts to keep infrastructure activity under state ownership has been a latent fear that critical projects would be under the ownership – and, thus, control – of China,” said Kevin O’Rourke, author of Indonesia-focused newsletter Reformasi.

“In any event, private ownership of assets faces scepticism, especially for infrastructure, especially given that the bulk of the private capital available for such projects would be foreign,” he said in the newsletter.

The fund board, Lembaga Tabung Angkatan Tentera (LTAT), had set the goal of reducing dividend income dependence in 2019 as part of its plan to rebalance its investment portfolio.

The proposed Boustead privatisation was mooted by LTAT last May in what was seen as an important step for the pension fund to support the potential restructuring of the loss-making conglomerate’s businesses away from the scrutiny of public shareholders and regulators. The proposal is now off the table, and attention has shifted onto Boustead to turn itself around.

Saudi Agricultural and Livestock Investment Co (Salic), owned by Saudi Arabia's’s Public Investment Fund, has struck an agreement with Brazil’s Minerva Foods to acquire assets in Australia and set up a joint venture to process and export beef and lamb produce.

In a second agreement, Minerva will supply its products to Salic for distribution in the Middle East and Asia. Minerva said those regions accounted for around 55% of its beef exports in the first nine months of last year.

The tie-up is competing with private equity firm Hillhouse Capital and a consortium comprising Citic Capital, Sequoia and TCL Capital. It is understood Philips is also mulling an IPO in case none of the bids come through.

Singapore’s GIC has agreed to pay $170.3 million to acquire a 25% stake in a 29-storey office tower due to host US oil company Chevron’s new Perth headquarters.

Canada's Brookfield Asset Management will retain 25% of the under-construction property, having sold a 50% stake to US fund house Invesco last year. Chevron has committed to leasing 42,000 square metres of space for 15 years once the building is completed in mid-2023.

In the past few years, the Financial Supervisory Commission (FSC) has permitted a wider investment scope to allow better asset-liability management by life insurers and promoted risk management that is more aligned with global practices, Fitch said.

Sustainability has also been moving up the regulatory agenda and Taiwan’s life insurers have begun to invest in renewable energy projects, and Fitch said it expected greater growth in green investments.