Institutional investors in China, in particular asset managers, have taken a more active role to influence companies to adopt sustainable strategies, according to a report released on December 2 by Fidelity International. However, asset owners remain slow to embrace ESG principles.

China's onshore market has seen a rise in institutional participation in the last decade, and these investors are interacting with companies through voting and engagement.

Based on the report findings, which was conducted for Fidelity by advisory company ZD Proxy Shareholder Services, more investors are turning up to vote at shareholder meetings. Voter participation among companies without a controlling shareholder rose from 33.1% in 2017 to 36.5% in 2019. 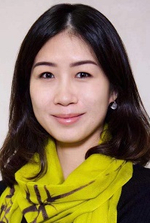 Investor engagement is "a lot more effective" as a strategy in helping companies develop sustainable practices, compared to an approach based on divestments or investing only in best-in-class companies, Flora Wang, director of sustainable investing at Fidelity, told AsianInvestor.

"Most companies in this part of the world are really just starting their ESG strategies so… you don't really have a lot of companies that can be considered 'best in class' yet," she said. "But if we engage with companies, you're having that deeper conversation with companies through stewardship activities by talking to them, engaging with them and from time-to-time using voting influence to just put that a little bit more pressure on companies."

The number of companies that have committed to global environmental, social and corporate governance (ESG) efforts has also increased. According to the report, 51 China-based companies have signed on to the United Nations-backed Principles of Responsible Investment (PRI), which offers a blueprint for companies to incorporate ESG investment practices.

In 2017, only seven Chinese investors were signatories. Asset managers led the charge, with 39 of the China signatories of PRI being asset managers, 10 being service providers and only two asset owners. Ping An Group was the first China asset owner to have signed Climate Action 100+ and the UN PRI, in December and September last year, respectively.

"Asset managers are more exposed to international awareness or practice, and they are also trying to expand their business globally," Wang observed.

"Ultimately asset managers don't own the assets… and only when asset owners care about ESG issues will asset managers truly put in a lot of resources and take it very seriously," she added.

However, Wang noted that asset owners had expressed interest in PRI even if they have not signed on yet, and she expects more action in the coming years.

"We have had a lot of behind-the-scenes conversations with the big asset owners in China, and they are putting in more internal resources… having that discussion and building up their internal awareness around these issues," she said.

One way investors can improve on stewardship is through deepening their understanding of companies' ESG performance.

"You can't have a separate ESG team and then separate research team. You really need to integrate the ESG component with your core research function. The conversation is most powerful if it comes from the portfolio managers and the sector analysts who actually make investment decisions and who actually understand the company," Wang said.

That also means applying judgement to third-party research to arrive at your own conclusions and have meaningful conversations with the company, she added.

A Fidelity report has also found that companies with weak ESG ratings had poorer share performance. Companies identified to have deteriorating ESG performance fell an average of 11% from January to September, compared with companies with improving performance 6.8%, according to the report titled 'Putting sustainability to the test: ESG outperformance amid volatility', released last month.

That said, investors should look beyond financial metrics to measure the effects of ESG.

Companies with better ESG performance tend to have lower volatility," Wang said. "But also, consumers and potential employees care about these issues a lot more…. [and are] willing to pay a premium for products that have a stronger social purpose."

In a recent webinar, AsianInvestor spoke to top experts on emerging market (EM) corporate debt to get a better sense of the opportunities, risks and rewards that investors should be familiar with. To continue the conversation, we followed up with panelists to further explore some key issues.
Asset Owners
Andrew Crooke

The increasing urgency of climate change will cause more scrutiny on asset owners and fund managers, while also leading to better and more universal standards for investment.
Asset Owners
Richard Morrow

The coming decade will cause many new challenges for asset owners. They need to develop their skills to compensate and ensure decent annual returns.
Asset Owners
Richard Morrow

Environmental, social and governance practices are gaining asset owner appeal after doing well in 2019 and the pandemic. But a lack of data standardisation is limiting its potential.
Fund Managers
Sara Velezmoro